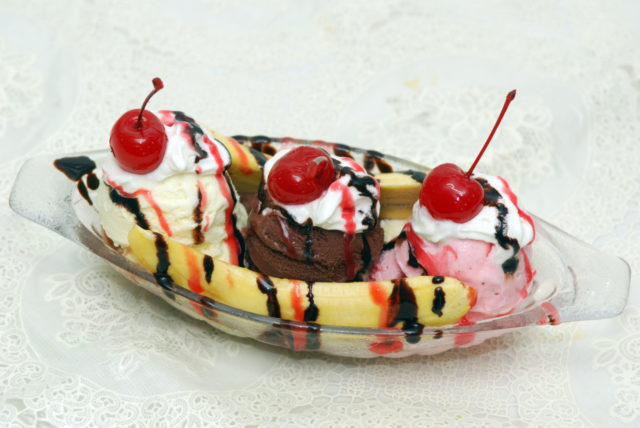 Thanks, internet. Because of you, things I wrote before the turn of the century continue to haunt me like a photo of a youthful indiscretion. Take my 1998 Nibbles column which resurfaced recently during an odd Google search. I named my list of the 100 greatest American foods.

I wrote: “For better or worse, here are the foods, beverages, ingredients, dishes and meals that Americans have created, influenced and actually eat, ranked by how great — how quintessentially American — they are.”

Looking back at my younger stuff I can wish I had been more serious and less sarcastic about American cuisine.

There’s also a whiff of pre-9/11 American cultural arrogance in that Nibbles column, in lines such as: “Whatever pizza was or is now has little to do with Italy and everything to do with what Americans have made of it.”

Twenty years later, my perspective and my list of quintessential American foods would be different. First, it would be renovated to include the smorgasbord of ethnic treats we have clutched to our taste buds, ranging from Mexican and Central American dishes to Middle Eastern staples (so much hummus), and diverse Asian faves including pad Thai and potstickers, chicken tikka masala and pho.

My token Navajo fry bread (74) item would expand to include many other Native American foods. Natural foods (100) would be broken up into a dozen entrees that have changed American eating habits (not including kale).

“Compiling a list of the 100 greatest American foods offered more questions than answers, including the big one: Which foods are truly American, as American as apple pie … a dish imported from England?”

That fundamental query — “What food is really American?” — still resonates powerfully in 2019, when some would build a wall to protect meatloaf and mashed potatoes from a wave of pupusas and mofongo. Purists choose to ignore that the entire history of cuisine globally is based on migration, exploration, trade, invasion and assimilation.

Maybe the question should be: “Who gets to define what is American?”

If I was writing the list today it would focus on great regional American fare from New York bagels to Georgia soul food and street food from coast to coast. I’d include bacon and other artisan foods and beverages (including beer) that have upgraded American grub. Twenty years ago I jokingly included “American cheese (13), including singles, Velveeta, Cheez Whiz and the grilled cheese sandwich.” Now the United States produces a wealth of fantastic cheeses, including some stellar examples from Colorado.

With any such list, controversy ensues, such as the exclusion of chocolate pudding, cheesecake, Pop-Tarts, scrapple, Cheetos, Egg McMuffins and the reuben sandwich.

As I did 20 years ago in Nibbles, I welcome your comments: Nibbles@boulderweekly.com

Boulder is finally getting a food hall. Avanti, Denver’s food hall and restaurant incubator, will open a second location in Boulder later this year taking over the former Cheesecake Factory building. The food hall will host six hot culinary concepts for up to two years before fresh ones pop up, plus a rooftop terrace, two bars and a coffee shop. … The Diaz Farm and its Tierra Y Fuego food trailer in North Boulder dishes homemade tamales in four flavors — red chile pork, green chile turkey, veggie and jalapeño cheese — on Thursdays. … I get nervous whenever I see the word “lifestyle” applied to a restaurant item. It means it will usually have a short menu lifespan. You may remember burrito-centric Chipotle Grill — formerly based here in Colorado? The chain has introduced a new menu of “Lifestyle Bowls” that satisfy paleo, ketogenic and Whole30 diets. The Paleo Bowl tops romaine with barbacoa, fajita vegetables, green salsa and guacamole. Who’s in the mood for some lifestyle tonight?

It doesn’t get much more local, quirky and tasty than the A.D. Laws Four Grain Straight Bourbon I was lucky enough to sample over the holidays. I happily admit that I have never loved bourbon. My taste has always leaned toward single-malt Scotch, especially the less peat-y ones. This spirit produced at Denver’s Laws Whiskey House is rare enough because it involves four heirloom grains — corn, wheat, barley and rye — grown on family-owned Colorado farms. This is more unusual because Laws chose to bottle one barrel, Barrel No. 588, cask-strength after aging in charred oak for at least three years. It’s not diluted. It’s not blended. It is its own spirit. It bears slow sipping. The result is a smooth, dry-finishing beverage without the overbearing cowbell note of corn so typical of bourbons.

“What do you think, you own tacos now or something? … (The taco is) an American food! You’re not going to appropriate my culture. I’m from San Diego, man. Those are my tacos. Mine!” — Fox News’ Tucker Carlson talking to Univision journalist Enrique Acevedo.