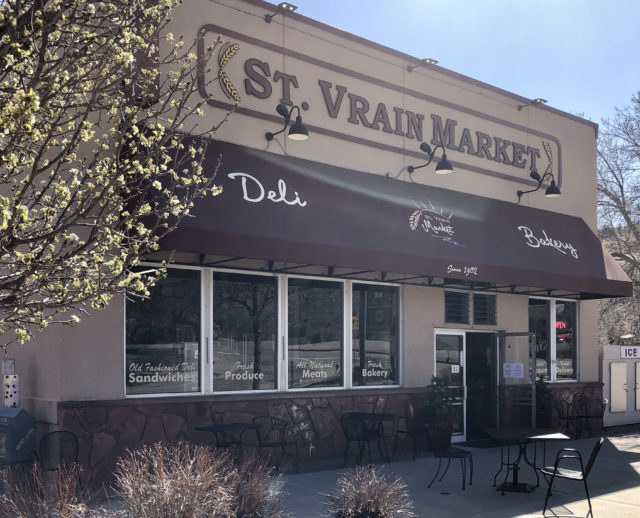 Main Street in Lyons is empty. Amid stay-at-home orders, people aren’t going to the nature park or stopping in for a long brunch. They’re not driving through to Estes Park and grabbing dinner on the way back.

In fact, with RTD shutting down bus service temporarily to Lyons, it’s also tough for folks who rely on public transportation to get out of town, either.

But because of its relative isolation, the one grocery store in town, The St. Vrain Market, is actually doing well. So well, that with the help of the Lyons Community Foundation (LCF), it’s started a fund to support the other 40 or so small businesses that have struggled to make ends meet in town.

St. Vrain Market owners Neil and Connie Sullivan (the latter of whom served two terms as mayor of Lyons) seeded the Lyons Share Fund with $10,000. Boulder County residents and other Lyons appreciators can donate to the fund (at lyonscf.org), and grants of $1,000 will begin being distributed to recipients on May 1. The funds can be used to pay employees, rent or operational costs.

As people continue shopping at the St. Vrain Market, the Sullivans are pledging an ongoing portion of the proceeds to help refill the fund.

“We don’t have a grocery store besides the Market,” says LCF Communications Specialist Kristen Bruckner. “Their business has done really well because people are really appreciative to have the resource here. You can go in there and find pretty much any produce and meat and basics without having to go to a big grocery store, which is a little scary.”

The Market has indeed been able to secure a regular supply of fresh produce, baked goods, perishables and prepared foods, as well as essential household grocery items.

LCF was integral in distributing relief funds after the 2013 floods closed downtown Lyons for two months. Bruckner says it’s hard to say whether the coronavirus will have as devastating a financial impact (structural damage notwithstanding) as the flood — “It depends on how long it goes,” she says.

“I think that’s a big question mark,” Bruckner says of the longterm impacts of the shutdown. “Especially the festivals — they canceled Telluride. Rockygrass and Folks Fest [which are still scheduled] are huge in the town economically. If those don’t happen it would certainly have a big impact. And right now the town of Estes Park is closed to tourists. You have to go through Lyons to go to Estes; having that shut down affects us.

“The other thing is Lyons has become a really big wedding destination,” Bruckner says, adding that her husband owns A Spice of Life catering, which is impacted by wedding and event cancellations. “We have like six venues here. I would say folks through June are trying to reschedule or shifting their events. Nobody knows what will happen to the wedding business if we don’t have larger events like that.”

Bruckner cautions that the fund is not meant to replace federal or local assistance, but that the band-aid it provides can serve as a critical lifeline for Lyons restaurants and businesses even as things reopen.