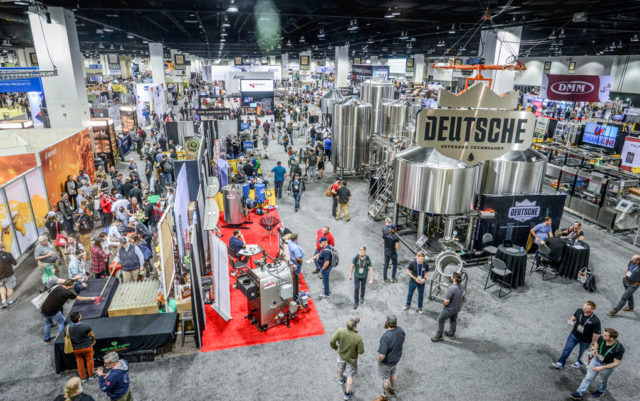 Though it’s difficult to pinpoint the alpha and omega of any revolution, consensus points to San Francisco in 1965 as the genesis of the craft beer revolution, with Fritz Maytag’s purchase of the Anchor Brewing Company effectively kickstarting a nationwide desire for local, artisanal, full-flavor beer.

But when did all that come to a head?

Well, for the sake of argument, let’s say 2014. According to the Brewers Association — the trade group that represents independent breweries — over 3,400 U.S. breweries were operating in 2014 with an industry-wide 18-percent growth. And though the numbers of breweries continue to climb (7,346 as of 2018), growth in the craft beer segment was down to 5 percent in 2017.

“This isn’t a blip; this is the new normal,” BA chief economist Bart Watson said during the Craft Brewers Conference (CBC) keynote speech.

Even more surprising was the revelation that all U.S. beer-drinking, craft and otherwise, was down 1 percent. Wine, spirits, cannabis and flavored malt beverages (hard sparkling water and the like) are all assumed culprits, as are healthier lifestyles among younger drinkers — choosing to drink better, but ultimately less, beer.

Currently, craft beer owns 13 percent of the total beer market. Not too shabby considering 50 years ago that number was zero. But that number is unlikely to rise significantly in the near future. Craft beer is no longer revolution; it’s convention.

That doesn’t mean the industry is resting on its laurels. If anything, this year’s CBC showed that the future has less to do with what’s in the brew and more with how the brew gets to you.

Granted, ingredients from corn syrup to the hop du jour will drive marketing and journalism — a quick stroll down CBC’s BrewExpo America trade floor showcased everything from artisanal malts and boutique hops to conical fermenters and robotic packaging. Brewers, business owners, vendors and journalists collided as conversations swirled around production, packaging and products that might elevate the drinker’s experience; from specialty glassware to koozies that can handle both 12- and 16-ounce beers while sporting a collegiate logo or sophomoric humor (craftycancooler.com).

But it was the E6PR (e6pr.com, a fully biodegradable and compostable six-pack ring holder designed in Mexico City) that seems to signal the next phase in the beer market. It’s not enough that the beer industry remains sustainable — how the beer gets to you need be as well.

Six-pack holders and koozies and time-saving robotics might not be as sexy as a new beer, a hip style or even a new hop breed that’s showing up all over the place, but it is the future of beer, craft or not. Drinkers have already chosen light-to-transport and easy-to-recycle aluminum cans over glass bottles as their packaging of choice. Could holders be next? You’re already paying more for a better beer, how much for peace of mind?