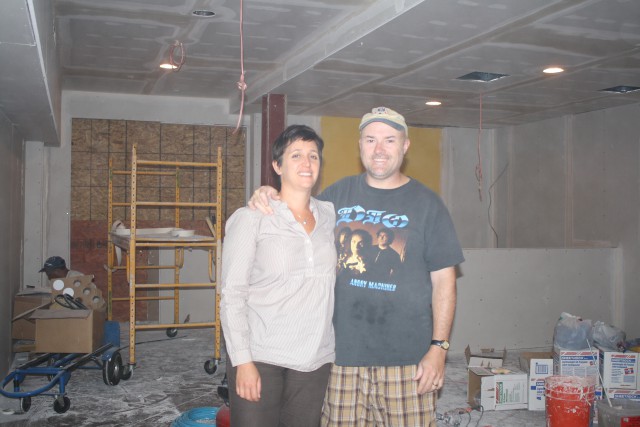 The voids in Boulderites’ stomachs from a lack of one kind of food or another are slowly shrinking, as seasoned restaurateurs continue to seek out new food frontiers and open new locations — often next door.

Our authentic Italian cravings were cured when Frasca opened Pizzeria Locale next door and Il Café. The desire for both an intimate lounge and a kid-friendly community pub was satisfied when the Kitchen spread to Upstairs and Next Door. Our love of happy hour is being perpetuated by Q’s chef John Platt’s new Riffs, and our hunger for exotic fare has been fed by the Big Red F group, with Zolo, Jax, Centro and Happy. So what could we possibly want next?

According to Peter and Mara Soutiere, owners of Tahona and Sushi Tora, what we are apparently craving is a high-end steakhouse.

“I always look and see if there is a niche that needs to be filled,” Mara Soutiere says. “There is The Cork, but it’s not downtown, and the Chophouse is a very different style. I realized there is no high-quality steakhouse in Boulder.”

The Soutieres’ concept is more like a steak room than a steak house. Tucked between the Kitchen [Next Door] and Tahona is a small space, sans windows, that is currently emitting jarring sounds of hammering, sanding and sawing. Luckily, the ruckus will soon give rise to the Pearl Street Steak Room.

The room will feature champagne-colored, flocked walls, heavy black leather chairs, bright red bar stools and a few whimsical additions with mirrors and lighting. In all, the vibe is meant to be that of an old-school club car, or a parlor with an edge.

“The idea is to have a kind of exclusive feel to the place,” Peter Soutiere says. “We want news of the place to spread like a secret, by word of mouth. It’s open to the public, but it is a matter of knowing where it is, knowing where to find it, and knowing what we’re doing there.”

The couple got the idea for their steak room from a trend they began to notice: the emergence of boutique steakhouses. Mara Soutiere describes these as smaller, more contemporary places to get a steak, with examples like Cut in California, Edge at the Four Seasons, and STK in New York. Though these restaurants still serve the traditional steak and sides, the food has a creative touch.

At Pearl Street Steak Room, the focus will be on flavor profiles. The sides won’t just be mushrooms, they’ll be sautéed Hazel Dell mushrooms. The steaks won’t just be generic-tasting Black Angus from a mass purveyor, they’ll be high-quality steaks from places like Snake River.

“It’s not going to be the standard baked potatoes, creamed spinach and broccoli,” Peter Soutiere says. “We want to show the chefs’ talents in the appetizers and the sides, because they can be inventive in those areas, and they can’t be with the steaks.”

The Soutieres have drawn from both experience and the knowledge of other restaurant tycoons while developing their new concept. With the kitchen exper tise of Mara, the management talent of Peter, and the pair’s hard-earned knowledge from owning several restaurants over the years, they have developed the business savvy to operate three very different restaurants. Also, with the example of others, they have learned one of the most important lessons.

“We looked around and saw how other people have done it,” Mara Soutiere says. “[Big Red F owner] Dave Query stands out as one of the most successful restaurateurs, and it is because of his team. So we know we need good managers and a good team.”

Peter Soutiere makes sure his team is constantly evolving. The management is taught to work in each of the restaurants, to prevent an absence from becoming an emergency. The staff is taught every detail of the menu and the finer nuances of tequila at Tahona or wine at the Steak Room. The entire team, from the cooks to the busboys, will be practicing long before the opening of the new restaurant. In short, the Soutieres say they are going to make sure opening night runs as smoothly as possible.

“Often restaurants open without the best plan in place because they are losing money and are only concentrated on getting people through the door,” Peter Soutiere says. “So many restaurants, including Tahona, are sweeping dust out the back door while people are walking through the front on opening day. Luckily, with the Steak Room, we have the luxury of taking another week if things aren’t running as smoothly as we like.”

The Pearl Street Steak Room is scheduled to open in the next four weeks, provided that construction is finished soon and the Soutieres have the time to train their new staff.

“Opening a restaurant is kind of like ripping off a Band-Aid,” Mara Soutiere says. “There is only so much you can do to prepare, and then you just have to open the doors.”