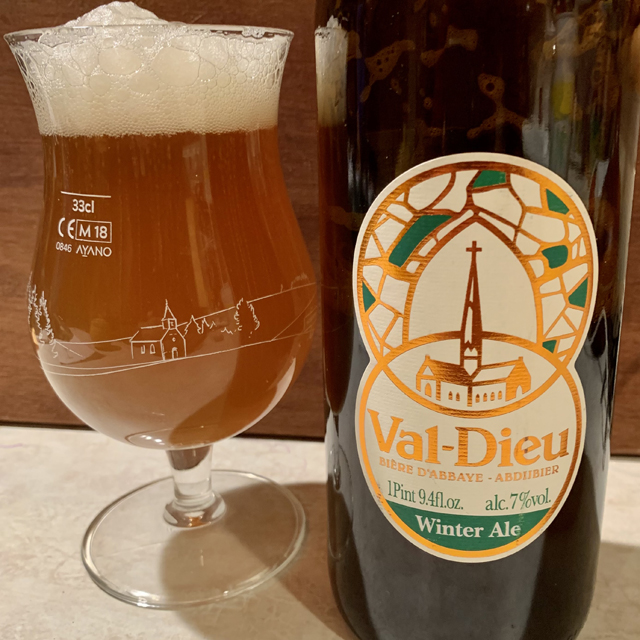 While excellent holiday beers pop up from local brewers throughout December, you’ll also notice a stable of traditional Belgian winter beers on the shelves of your local liquor store.

Steeped in history, Belgian winter beers are made for the cold months — often strong, robustly spiced and imbued with flavors of dried fruits, caramel and chocolate.

While you should stop by Boulder County’s local Belgian beer purveyors  — 12Degree, West Flanders, for example — for a to-go package (or dine-outside pint, if possible), now’s also a good time to dip into the best of what our local liquor stores are importing from Belgium. Here are a few to check out.

The Winter Ale is one of five traditional beers brewed by monks at The Abbey of Val-Dieu in Belgium. What’s more, the Abbey claims it’s the only living abbey to still produce beer, in line with traditions of the Belgian Trappist monks.

Val-Dieu monks make beer that’s inspired by the original recipes of those early brewers, and still use the secondary fermentation process in the bottle — so when you pop open a Val-Dieu beer, watch out for the cork.

What’ll hit you immediately is the beer’s strong, yeasty aroma. It smells alive, which is more pleasant than it might sound — Val-Dieu uses an old mushroom-derived yeast strain, which imparts a nearly umami characteristic to the beer.

But what’s remarkable about the Winter Ale is that for as heady as the aroma is, the light-amber, slightly sparkling beer is light on the tongue. If you’re not into Belgian beer, this makes for a good primer. And if you’re really into Belgian beer, then you probably know finding the subtle notes of banana and hints of clove and caramel on your tongue keep each sip interesting.

The Huyghe Brewery goes back 100 years, in a Belgian town (Melle) that has a brewing tradition centuries old. Delirium Noel is without a doubt its most renowned export, and you can easily find it on liquor store shelves across the U.S. Just look for the pink elephant.

This Belgian strong ale pours a deep red with a foamy beige head. You’ll get a ton of red wine and toffee on the tongue, with bright accents of cinnamon, clove, black pepper and hops.

At 10% ABV, it’s remarkably drinkable, with a dry, spicy finish that resets the palate for another sip of those dark, luxurious flavors and textures.

You’ve probably been seeing the St. Bernardus Christmas Ale on liquor store shelves for years. This 10% ABV Belgian quad is in an iconic holiday sipper with century-old roots — a group of monks fled France around 1900 to avoid paying tax on the cheese they were making; flash forward to 2020, and the operation has grown into 4-million-liter brewing facility (though you can still visit the dairy site, which is a guest house).

But back to the beer — the Christmas Ale is big. You’ll get notes of anise and a wallop of nuttiness on the nose, with a smooth mouthfeel and abundant flavors of caramel and dried fruits on the tongue.

St. Bernardus recommends you drink this as a digestif, and indeed it pairs well with much of what you’ll have around the house this holiday season: chocolate, pie and baked goods.