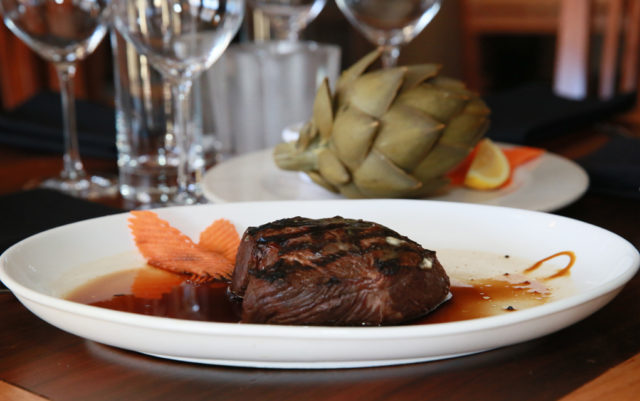 They use apocalyptic language. They talk of riots, freak-outs, insurrection… or worse. Yet, they smile when they say it.

What makes the chefs of the Boulder metro area speak of doom and gloom?

I asked them if there was a dish that has been on their menu forever that they don’t dare remove. Every single chef, owner or manager had a tale to tell. Some cook dishes daily that they have made since the Reagan administration.

Menu mainstays are a dilemma and a blessing, chefs said. There is only so much room on a menu and in the kitchen. You can’t add a new dish unless you retire an old one, and it gets old making the same dish over and over again. On the other hand, chefs say, you love customers who are so fiercely loyal to a dish that they threaten to boycott the restaurant.

When you dine, there are two ordering approaches: Choose the daily special because that’s where the kitchen’s creativity shows through, or order the item the waiter says is the establishment’s best-seller. Reading through the following items makes me want to sample the tried-and-true classics.

Boulder Cork: According to longtime executive chef Jim Smailer, the Boulder Cork has several dishes that have been on the menu for more than three decades, including prime rib, the eatery’s single best-selling dish. “I have one regular customer who has come in every week for years and all he ever orders is teriyaki sirloin,” Smailer says. Other elders include the mud pie and steamed baby artichoke with lemon, drawn butter and curry mayo.

Jax Fish House: “We definitely have a dish that is not going anywhere, our fried calamari with mango-chile mojo and lime aioli. This dish has become a signature, and we sell a ton. It would be a terrible business decision to take calamari off the menu,” says Sheila Lucero, executive chef for the five Jax Fish House locations including the original in Boulder.

Riffs Urban Fare: “Two dishes have been on the menu since we opened: Brussels sprouts with brown butter and hazelnuts, and cedar plank salmon with bay laurel butter and mushrooms. Taking them off the menu would almost certainly result in negative repercussions. Both are simple dishes, not groundbreaking in any way, but they are good. Some dishes just seem to strike a chord with folks,” says John Platt, chef/owner of Riffs.

Blackbelly: “We put steak tartare on the menu when we opened Blackbelly, just to see if it would work in Boulder. It always sells. People would freak out if we took it off the menu,” says chef/owner Hosea Rosenberg.

Seeds Library Cafe: Even chef Matt Collier, whose menu relies on what is available from local farmers, has a dish that has been on the menu at the eatery in the Boulder Public Library since day one. “It’s the farmers vegetable soup, and customers love it. It’s always a mélange of the season’s vegetables so it is always different, but the name stays the same,” he says.

Bramble & Hare: Chef Eric Skokan of Black Cat Farm and Bistro and Bramble & Hare didn’t hesitate when asked for an untouchable item: “It would definitely be the mac-n-cheese at Bramble & Hare. We’ve tried to take it off the menu but there was a groundswell. There would be riots, picket lines if we did it again. I love the mac-n-cheese. My kids love it,” he says. “The other dish has only three ingredients: roasted carrots, pistachios and lemon.”

Flagstaff House Restaurant: The fine dining establishment, located on the side of the mountain west of Boulder since 1971, has a menu jammed with rare gourmet treats but, according to general manager Scott Monette, one comforting dish stands out. “It would have to be our Colorado lamb loin and shank. It’s been on the menu for at least 15 years, maybe longer. We serve the lamb with white truffle-infused polenta, ratatouille vegetables, goat cheese and lamb jus,” Monette says.

Walnut Café: “The dish we can’t cut is the eggs marcos. It’s two scrambled eggs, bacon, cream cheese and melted cheddar and two sides. It is so rich and delicious it gives people a good reason to be bad,” says Dana Derischweiler, owner of the Walnut Café and two other locations in Boulder and Lafayette.

Café Aion: Up on The Hill, fried crispy cauliflower rules the kitchen. “This dish has been on our menu since day one eight years ago. We hear folks say they never liked cauliflower before they tried this dish. They can’t believe it isn’t battered (natural starches and sugars equals great crunch). Also, they love the beautiful vibrant color of the saffron yogurt with it,” says Aion Café owner and chef Dakota Soifer.

The Boulder County Farmers Market opens for the season Saturday in Boulder and Longmont. … If you live in Boulder, plant an extra row for fighting hunger this summer. Fresh Food Connect will pick up vegetables from you and your neighbors. boulderfoodrescue.org/fresh-food-connect … The Colorado Natural Wine Week Grand Showcase April 18 at Denver’s Space Gallery features only organic, biodynamic, sustainable and natural wines from all over the planet. conaturalwineweek.org. … Coming soon: Chimera, 2014 10th St., Boulder.

“When I cook, I never measure or weigh anything. I cook by vibration. I can tell by the look and smell of it. … For my part, I just do it by vibration. Different strokes for different folks. Do your thing your way.” — from Vibration Cooking: or, the Travel Notes of a Geechee Girl by Vertamae Smart-Grosvenor