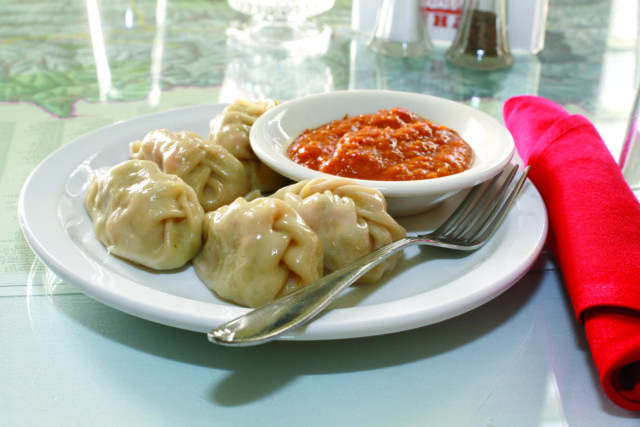 In 1971, Tibetan Buddhist meditation scholar Chogyam Trungpa Rinpoche came to teach at the University of Colorado and, as most everyone does, fell in love with Boulder. Just three years later he co-founded the Naropa Institute, now University, which became the first accredited Buddhist university in North America.

Rinpoche is often considered the first link in Boulder’s Himalayan connection. The city, filled with mountaineers and travel junkies, is kind of obsessed with all things Himalayan.

And it seems the infatuation goes both ways.

Boulder has a significant population of Sherpas, an ethnic group that originated in Tibet and migrated to Nepal where they became reknown for their endurance as Himalayan mountaineers.

“[Colorado] is a good state for Sherpas,” Lhakpa Sherpa told the LA Times back in 2010. “There are a lot of connections because we meet so many people from Colorado in Nepal.”

Possibly one of the first Sherpas in Boulder was Pemba Sherpa, owner of Sherpa’s Restaurant on Walnut Street. Pemba is an adventurer’s adventurer. He’s lead nearly 50 trekking trips to the Himalayas in the past 20 years. He ran up and down Mt. Kilmanjaro in one day. And he does some world-class ice climbing and average person stuff like that, too.

For Sherpa’s Restaurant, Pemba blended his love of Himalayan culture and cuisine with his passion for adventure.

In the converted house the restaurant is located in, you’ll find a “traveler’s lounge” filled with adventure and travel books. If you’re interested in visiting the Himalayas, Pemba and the other Sheraps working there will help you plan a trip, whether that’s scaling mountains or doing volunteer work in the region. You can peruse a book or two over a cold pint of Sherpa ale while you wait for a table.

They even host guest speakers — mountaineers, rock climbers, social justice advocates and the like — from time to time. These are free and open to the public.

Momos are a type of dumpling — you might call them pot stickers — native to Tibet, Nepal, Bhutan and the Himalayan states of India. They’re a popular fast food in Nepal, and they’ve become pretty popular around the world.

Making momos from scratch is a labor of love that’s not too laborious: sift plain flower into a bowl, then make a little “bay” of sorts in the middle of the flower to slowly add some water, kneading until the dough is firm. It’s much like making pasta. You let the dough sit for about a half an hour before rolling it into a long cylinder and cutting one-inch chunks out to roll out flat into the wrappers.

At Sherpa’s, momos can be filled with vegetables, chicken or beef — maybe yak if you ask real nice, but I never have — then steamed or fried.

At home, drop a tablespoon of filling into the wrapper, then use a sort of push-and-pinch method to keep the filling tucked in while you create the pretty creasing that closes the momo. Line those little bundles of scrumptiousness into a lightly oiled steamer pan and steam for 15 minutes. Let them cool and then enjoy with chutney.

Steamed, they’re actually pretty healthy, with a single momo coming in at only 35.2 calories and less than a gram of total fat.

If you’re planning to make momos at home, that’s great, but you might want to go and have a few dozen taste tests at Sherpa’s just to get a feel for what’s it’s like when you do it right.