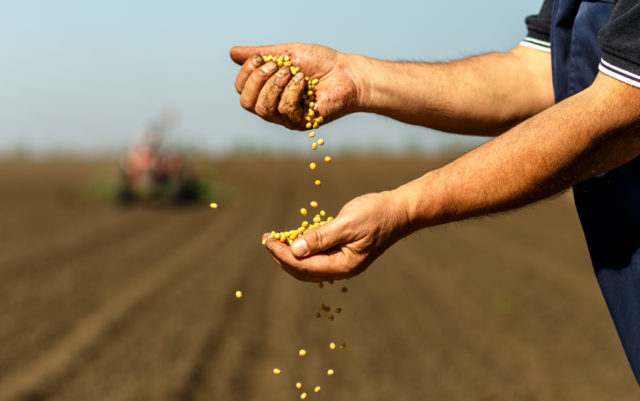 The lining most silver in 2020 is that the pandemic exposed inequity across society, and that clear-headed people are working to fix it.

The issues in the U.S. food system became obvious only a couple weeks into the pandemic’s spread: employees at meat-packing plants died; grocery store workers were put in dangerous situations or else they’d lose their jobs; underpaid restaurant workers were laid off by the hundreds of thousands; farmers struggled to find seasonal workers.

But change is afoot. Boulder’s Woody Tasch has long been one of the clear-headed people fighting to fix inequity in the food system, founding the Slow Money Institute in 2012, which has dispensed about $75 million in low-interest loans (normally about 1%) to small farmers and food startups, many of which are based in Colorado. He then launched SOIL (Slow Opportunities for Investing Locally), which pools funds and provides 0% loans to small farmers.

And now, Tasch has published a book (his third), Aha! Fake Trillions, Real Billions, Beetcoin and the Great American Do Over, which provides a practical pathway to investing in small farms. It introduces Beetcoin, which pools small contributions from average folks into impactful zero-interest loans for small, organic farmers across the country — it differs from SOIL, in that you don’t have to buy a membership into a SOIL group; you can just make the investment.

Tasch says although Boulder County (and Colorado) is ahead of the curve when it comes to supporting sustainable ag, the movement is now “happening all over the country,” due in no small part to the pandemic.

“There’s been a huge sort of upsurge in demand for CSAs and direct access to food as local as possible. The purest expression of it is all the CSAs are all over-subscribed,” Tasch says, before asking, rhetorically, “Is it gonna be lasting?”

The yin to organic, local farming’s yang is industrial farming, which Tasch says is unlikely to go away — cheap, commodified crops are necessary in this world we’ve built. However, we can push big producers to farm in more sustainable ways, and we can grow the “slow food” movement simultaneously.

“We need to accept the fact that just because it’s going to be very difficult to affirmatively influence certain farming practices that are contributing to climate change, doesn’t mean we shouldn’t change what we can.”

What needs to come out of those conversations is a financial pathway, much like what Slow Money and Tasch’s books have produced. Because without dollars and cents involved, all the talk is worthless.

“If we want to help a new generation of small organic growers … we’ve got to figure out a new way to fund it,” he says. “These [farms] are too small, scattered and community-focused for traditional investment to find it.”

Though “impact investing” is the trendy way moneyed folks package their fiduciary involvements nowadays, Tasch says following the money on those investments often leads to the same old recipients of capital.

“Basically the vast majority of impact investing is not changing where any money goes; it’s changing how investors talk about their money,” Tasch says, admitting that may sound snarky, though he doesn’t mean it like that. The bottom line is, he says: “If you’re trying to make competitive rates of return and do impact investing, you’re trying to have your cake and eat it too. And you can’t have your cake and eat it too; most normal people now that.”

Big systemic change is how we fix the inequity the pandemic has shined lights on this year, and Tasch says Slow Money, SOIL and Beetcoin can be parts of the overhaul needed to move our food system in the right direction.

“The larger thing is we’re trying to get people to connect in a fundamentally different way, to connect at the local level,” Tasch says. “To take money out of global markets and remove concerns about risk and return and say, ‘I want there to be more small farms in my community. I want my community to be more resilient and I want to have as little fiduciary involvement and government involvement as possible.’”

Find books and more investment information at slowmoney.org and beetcoin.org.