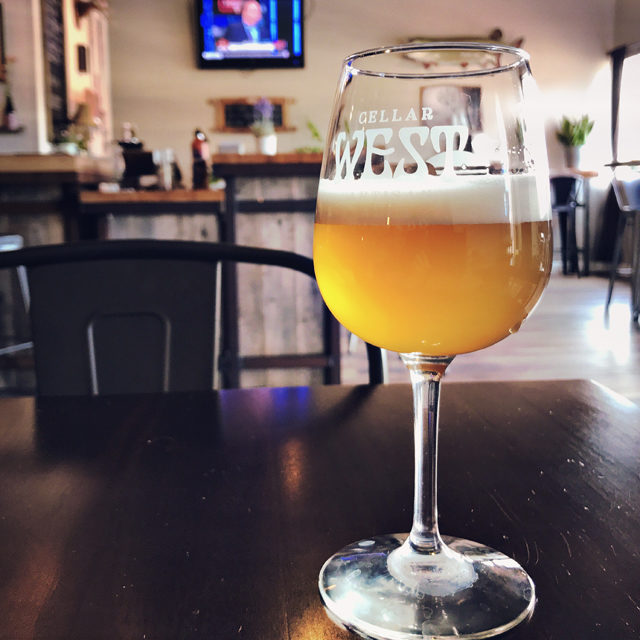 In its former location, Cellar West Artisan Ales, one of Boulder County’s smallest breweries, was not happened upon by accident. Located on the edge of North Boulder, behind The Bustop — the gone-but-not-forgotten strip club — the RTD bus stop, a homeless shelter and an endless array of automotive repair shops, Cellar West had more to overcome than the usual brewery opening in an increasingly crowded and competitive market.

But that was 2017, and Cellar West’s tiny taproom — it sat not many more than a dozen — managed to attract the right sort of crowd. Owned and operated by Zach Nichols, Cellar West’s specialty from the start has been barrel-fermented ales loaded with wild Brettanomyces yeast. His Make Hay won silver at the 2017 Great American Beer Festival in the specialty saison category and has been noted by many to be one of the best beers in the county.

Jump ahead two years, and you can now find Cellar West out east, in one of Lafayette’s industrial strip malls along West Baseline Road. The digs are larger; the taproom is considerably nicer, the parking lot is paved; even the stuff in the glass seems to be tastier. High marks all around.

Better beer does not always follow a better facility, but the extra space seems to be working in Nichols’ favor. The focus on barrel-fermented farmhouse ales remains, as does the wonderful funk and flavor Brettanomyces brings to the table. What’s changed? It seems Nichols has managed to wrangle that temperamental yeast to his will, producing a line of beers that are both invigorating and inventive.

Naturally, you’ll find Make Hay on tap and in bottles, but start instead with Sun Nectar, a farmhouse ale lightly dry-hopped with Comet hops and finished on Key limes. The brew sports a cloudy, golden hue with a loose pile of foam giving off aromas of zesty citrus and fragrant wild grass. In the mouth, the beer is creamy and full with enough funk to keep things interesting. It’s not the sort of brew one often reaches for after a long day of yard work, but one really should.

Ditto for Valley Bier, a pale ale perfect for an afternoon session of copious drinking. Clocking in at a lunchtime-pleasing 4.5 percent alcohol by volume, Valley Bier has a dry, bready nose with a hint of pine needles and a rustic flavor of toasted malts and spice (clove and anise) in the mouth. To pair it with a baguette and butter would be heaven.

And yet, it is the Prophet of Bloom that draws you to Cellar West — possibly one of the best beers you’ll find in Lafayette. Prophets of Bloom sports a brilliant bright color of dandelion yellow, a thick, creamy collar of foam, a nose of bright fruit, a symphony of rounded malt, farmhouse funk and a finish that bursts with citrus. Bring a bottle or six to your next summer picnic; it’ll blow every other beer off the table.