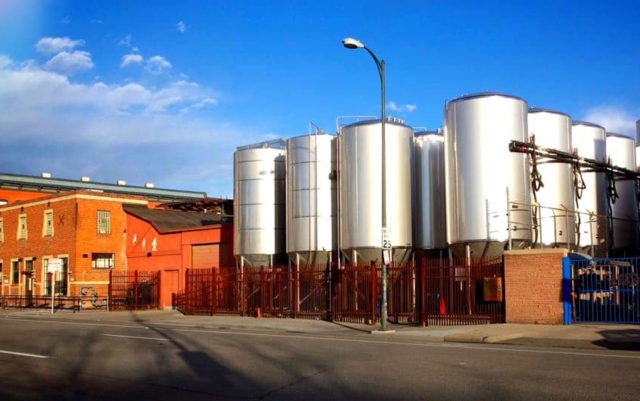 It’s high time for conferences in the Centennial State because down in Denver, the Craft Brewers Conference and BrewExpo America (CBC) returns to the Mile High City and takes over the Colorado Convention Center April 8–11.

Put on the by the Brewers Association — the Boulder-based trade group that represents independent breweries — CBC is a chance for brewers, distributors, vendors and journalists to come together to discuss the state of the industry and prophesize about what might be coming down the pike.

Headed down south for the festivities? Make sure to carve out some time between seminars and strolls down the convention floor to soak up the Denver flavor. And what better place to start than a Colorado staple, a brewery that will be celebrating its silver anniversary this May: Great Divide Brewing Company.

There wasn’t even a ballpark when Brian Dunn opened Great Divide in Denver’s ballpark district in 1994. But no matter, Coors Field was soon to come. Taking over a shuttered dairy processing plant on Arapahoe and 22nd Street, Dunn planted his flag in the burgeoning craft beer revolution and quickly found his niche: Hibernation Ale, an outstanding winter warmer clocking in at 8.7 percent alcohol by volume, arguably one of Colorado’s first “big beers.”

More followed: Yeti Imperial Stout, a Stout Month staple that now sports seasonal variants. Currently, you can find Chocolate Cherry Yeti on draft and in 22-ounce bombers around town, and you should. The brew is dark and heavy with rich chocolate and roasted malts, but a subtle dollop of cherry brings a pleasant brightness to the drinking experience. Like a spring day slowly blossoming, Chocolate Cherry Yeti makes you wonder if you should spend more time strolling outside.

Keeping with the seasonal theme, Great Divide’s Strawberry Rhubarb Sour Ale is ideal for warming days, especially if you prefer your sours to showcase malt alongside tart and tangy fruits. And with tongue-prickling carbonation, Strawberry Rhubarb Sour is the ideal accompaniment to smothered chile rellenos or a fluffy cheesecake.

But if you only have time for one beer at Great Divide, make it Orabelle, their Belgian-style tripel. Pouring a cloudy gold, Orabelle sports a thick, rocky head, which pops with bready yeast and a bit of fresh orange. The mouth is creamy and full with the orange peel showing up in act one. Act two is coriander, and there’s a touch of rye in the grain bill: act three. Orabelle is a thoughtful beer, one that is lively on the palate long after the swallow.

You can still visit Great Divide’s ballpark taproom, even take a tour of the facility, where they ferment their ales and lagers outside in glycol-insulated tanks. Roughly 1.5 miles down the road, in the River North (RiNo) district, you can check out their swanky new digs, where they not only package and distribute all of their beers but have a sizeable barrel-aging program as well.