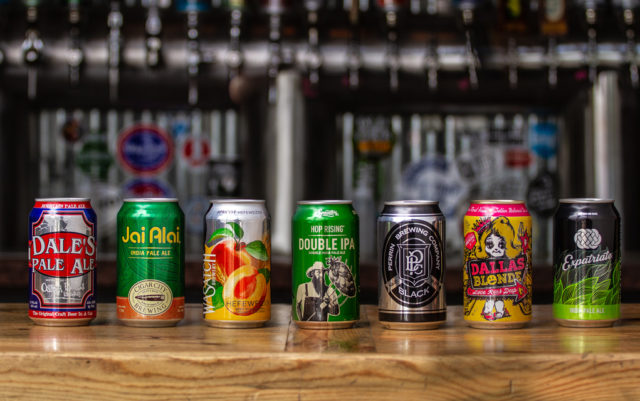 The Oskar Blues Brewery certainly has come a long way since Dale Katechis opened the door to his Oskar Blues Grill & Brew in Lyons back in 1997. From Lyons, Oskar Blues expanded to Longmont with their Tasty Weasel location, followed by additional breweries in Brevard, North Carolina, and Austin, Texas, extending their craft-beer-in-a-can mentality to all 50 states. And along the way, they joined a portfolio of like-minded brewers dubbed “The CANarchy Collective.”

Spectacular news for the Boulder faithful, as the recently opened Oskar Blues Boulder Taproom on Pearl Street features plenty of those CANarchy offerings on its wall of more than 20 taps.

But drinking your way through OB’s Boulder taproom will be no easy feat. In addition to their core brands and the CANarchy Collective offerings, the taproom also features hookups from far-flung fellow crafters — currently Delaware’s Dogfish Head Brewery has five beers on tap — as well as OB’s Barn Burner Series: a highly limited quantity of weekly releases brewed in a 100-year-old barn located in the Lyons brewery’s backyard. These beers tap on Thursdays and go fast — last week’s Long Live the Thing English brown ale was kicked the following Monday.

But if new is your thing, OB has you covered. Their “Let us help you help us get the newest beers pouring” list comprises four or so brand-new brews, each priced at $3 a pint. Lately, they have been rolling out a series of S.M.a.S.H (Single Malt and Single Hop) IPAs they call Interstate SMaSH Express. These beers allow you to identify what exactly you like, or don’t, about each particular hop. Like tropical fruit and pinot gris? Give the Interstate SMaSH Express: Enigma a try.

Want something darker? OB has one of the best imperial stouts you’ll find around town this holiday season: Santa’s Beer Breath. Using their Ten FIDY — a big, robust imperial stout — as the base, OB adds in cocoa and peppermint to the brew before aging it in bourbon barrels. It’s an enormous beer — 12.9 percent alcohol by volume, perfect to warm you up from the inside out — but it’s also sweet and creamy, and the peppermint works surprisingly well as a refresher. Grab a stovepipe can (19.2 ounces) and bring it to your next holiday shindig — you’ll be the hit of the party.