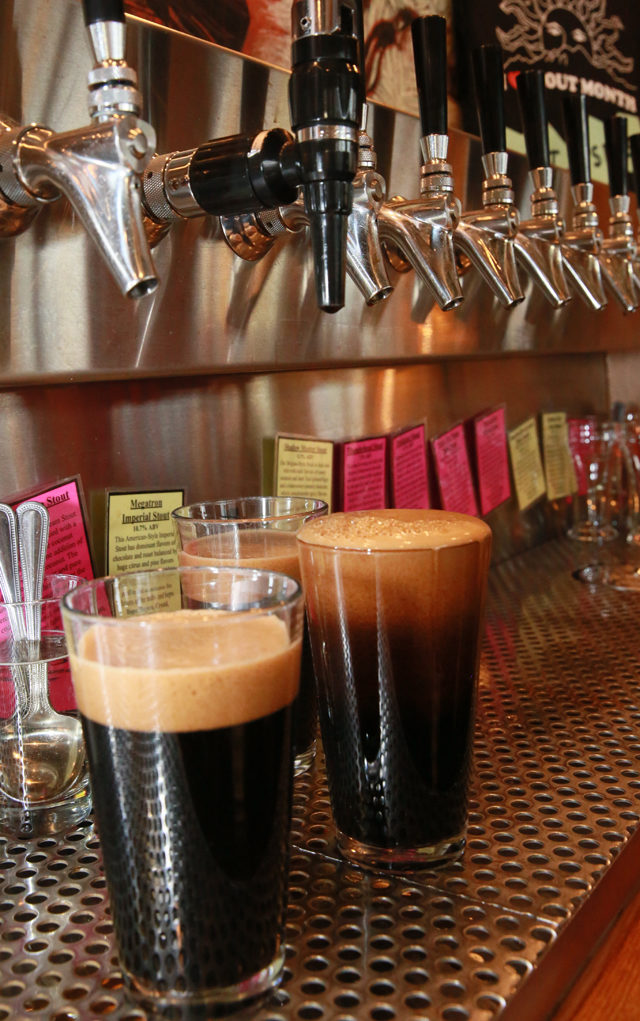 Back for a 26th go-round, Mountain Sun Pub & Breweries celebrates the art of the dark ale throughout February with Stout Month. All five locations — Mountain Sun, Southern Sun and Under the Sun in Boulder, Vine Street in Denver and Longs Peak Pub in Longmont — get in on the fun and dedicate more than a dozen taps to roasty, toasty ales.

Naturally, when most people think stout, they think of a tar black pint of Guinness, a beer as balanced as it is quaffable. Stylistically speaking, Guinness is an Irish dry stout, one of the more famous stout styles out there. If that trips your trigger, give Mountain Sun’s O’Stengl’s Dry Irish Stout a try. It’s an easy sipper (just 4.8 percent alcohol by volume) that drinks lighter than it looks. The flavor is primarily roasted barley, but a touch of East Kent Golding hops balances the malt and gives the brew a refreshing bitterness.

The beauty of stout lies in the style’s surprising diversity and depth of flavor. In addition to the standard Irish dry stout, there are sweet stouts (also known as milk stouts) brewed with lactose — try Ludovico’s Vanilla Cream Stout, which adds Madagascar vanilla beans for a brew that is sweet and creamy without being chewy, kind of like a Vanilla Coke with legs. Prefer chocolate to vanilla? Order the Chocolate Dip Stout, brewed with milk chocolate, dark chocolate, chocolate malt and chocolate rye. It’s robust, round and creamy with a tasty bittersweet characteristic.

Hopheads need not fear, there’s more to a stout than malt, chocolate and milk. Close your eyes and give Trickster a quaff and you’ll swear you have an India pale ale in your hands. That’s because Trickster leans heavily on a pop of pine and resin from Simcoe hops. It’s like a snappy West Coast IPA, but with that signature roast flavor that makes a stout a stout.

These are high-octane stouts that demand to be savored rather than slammed. Ditto for all those imperial stouts, particularly Mountain Sun’s crème de la crème: NIHILIST Russian Imperial Stout. More on that beauty next week.