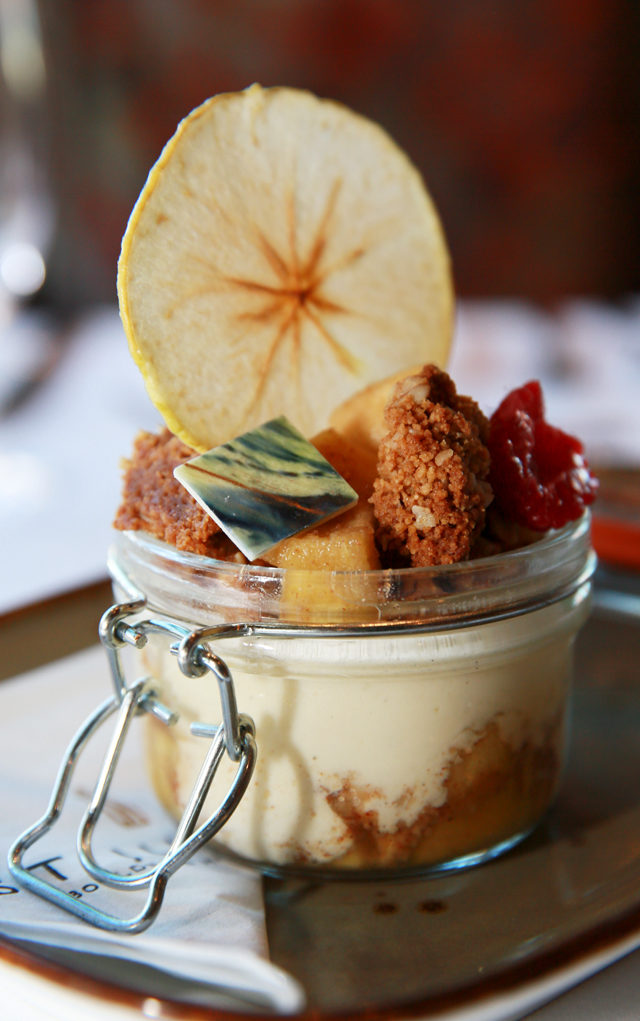 The St Julien is kind of a special spot for the Boulder Weekly editorial staff, especially on Thursdays after the paper comes out. We’re typically tired — haggard might be the word — and every now and then (don’t judge us) we’d kind of like to have a good meal and a glass of wine in the middle of the day.

Just one glass of wine. Most of the time. Don’t judge.

On those occasions, we head to the French-inspired Jill’s Restaurant at the St Julien Hotel for their weekday Oh Là Là Lunch buffet, which just so happens to come with a free glass of wine, thus the reason we often only have one glass.

Jill’s has the ambience and cuisine of an upscale restaurant without the ostentation: white linen table clothes with matching napkins, big windows for natural light and chefs working at an open kitchen who often chat with diners about the dishes. The delightful Philippe Antoine — a man with a rich history in the restaurant business, smashing taste in suites and an unparalleled moustache — leads the crew in both style and personality.

Our own motley crew has some specific dietary needs — some of us don’t eat meat, sometimes we don’t eat dairy, some of us are allergic to squash and some of us have absolutely no gastronomic quirks whatsoever. This is what makes Jill’s the perfect lunch destination — options. There are always vegetarian dishes like ratatouille and slices of vegetable pizza, quinoa and various green salads with house-made dressing, but there are also always meat options, from pork chops to chicken skewers to ribs and pot roast. There are slices of French bread with tapenade, hummus and pesto accompaniments, a soup made with seasonal ingredients, fresh cut fruit, infused water, pasta, bean salads and a delectable spread of desserts.

There’s even a vegan buffet every Friday.

Best of all, Jill’s is affordable, coming in at about $13 before tax.

It’s enough to make someone on a journalist’s salary cry.

The standout from our most recent trip to Jill’s were the dainty slices of cheesecake, topped with thin white chocolate discs held in place by the tiniest dollop of whipped cream (served in a different configuration outside of the lunch buffet).

Cheesecake has an impressively robust history, with the first recipe recorded around 230 A.D. by Greek writer Athenaeus. Recipes for cheese pies have cropped up throughout the ages, on through contemporary times. Despite this, New Yorkers will still claim to be the forefathers of cheesecake.

Today, chefs in the United States and Canada use cream cheese; in Italy, they use ricotta; Germany, the Netherlands and Poland use a crumbly, almost feta-like cheese called quark.

In France cheesecake is often made with Neufchâtel, which some say might be the oldest cheese in France. French Neufchâtel is an unripened cheese, made with cow’s milk. When left to ripen, it develops a soft, bloomy rind, like brie. American Neufchâtel cheese has a consistency that’s similar to cream cheese, but it’s softer and moister, with about one-third of the fat content. When used for cheesecake, it creates a light, fluffy pie.

Jill’s serves up a version of this light cheesecake with a lightly crunch, subtly buttery graham cracker crust. The sweetness is mild, almost more savory than sweet, with just a hint of that bloomy cheese flavor.