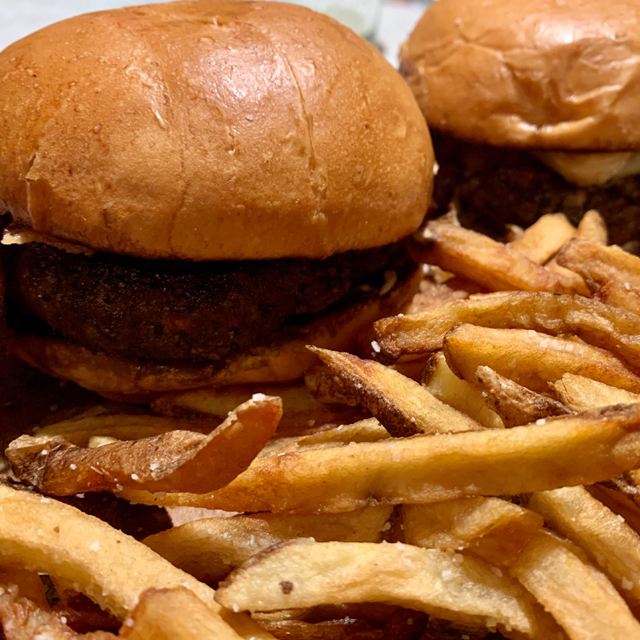 Simply put, The North End at 4580 makes one of the best burgers in Boulder County (in addition to a number of refined new American entrees). As part of its takeout menu, you can order two deluxe burgers — a half-pound patty with hot grilled onions, butter lettuce, tomato and garlic aioli on a fresh brioche bun — with fries and two beers poured from the tap into handy single-serve to-go cups. If you’re looking to dive into those entrees, though, the $80 dinner-for-two option allows you to order one app (maybe cauliflower “wings,” bacon-wrapped dates or quinoa fritters), two entrees (we suggest the braised bison short ribs and farmers vegetable risotta), dessert (we definitely suggest the flourless chocolate torte) and a bottle of wine.

Many local restaurants are opening up their cellars and offering rare wines at massive, absurd discounts for takeout. Here are a few that might whet your appetite. (Check with restaurants for current prices/availability.)

’14 Inglenook Cabernet Sauvignon, Rutherford, California. Rich in black fruits and seasoned wood, the grapes within were grown on a vineyard started in the 1800s and restored by Francis Ford Coppola. Once $195, now $97.50. Black Cat, Boulder, blackcatboulder.com

’15 Proprieta Sperino “Uvaggio” Nebbiolo Blend, Piedmont, Italy. This aromatic 80% nebbiolo blend is grown in a small region in the foothills of the Alps. Once $68, now $44. The North End at 4580, Boulder, northendboulder.com

Zenato Valpolicella, Veneto, Italy. A well-rated classic execution of one of the region’s most esteemed wines. Was $44, now $22. Caprese Trattoria, Longmont, capresetrattoria.com