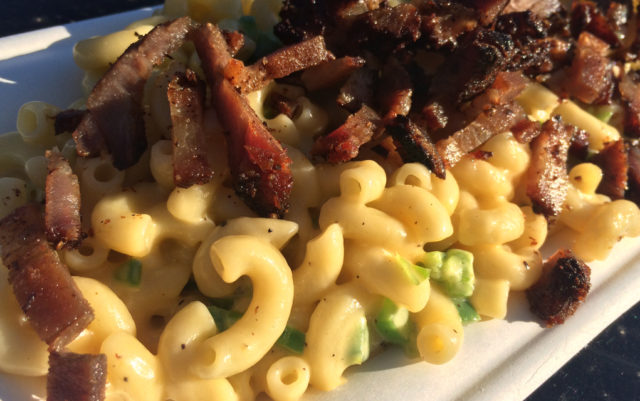 Without pretension, Farm & Smoke takes the ordinary and elevates it to the sublime. Take, for instance, their version of mac and cheese. Firm pasta is smothered in white cheddar cheese and black pepper, and topped with little bits of fresh jalapeno. They encourage you to add more to it, so we threw on some bacon. It was a good choice. The bacon is fall-apart tender, savory and earthy. The jalapeno, expertly apportioned, adds only a slight hint of heat and all of the fruitiness that’s so often lost in the pepper. Each bite is indulgent, to be sure, but each hits all areas of the tongue and pleases the palate with balanced texture. Farm & Smoke does a variety of American staples, and the menu is merely a suggestion; the cooks in the truck kitchen are happy to accommodate all palates and try out new combos on your plate. You can catch them often at the Rayback Collective in Boulder. $6, with upgrades available. 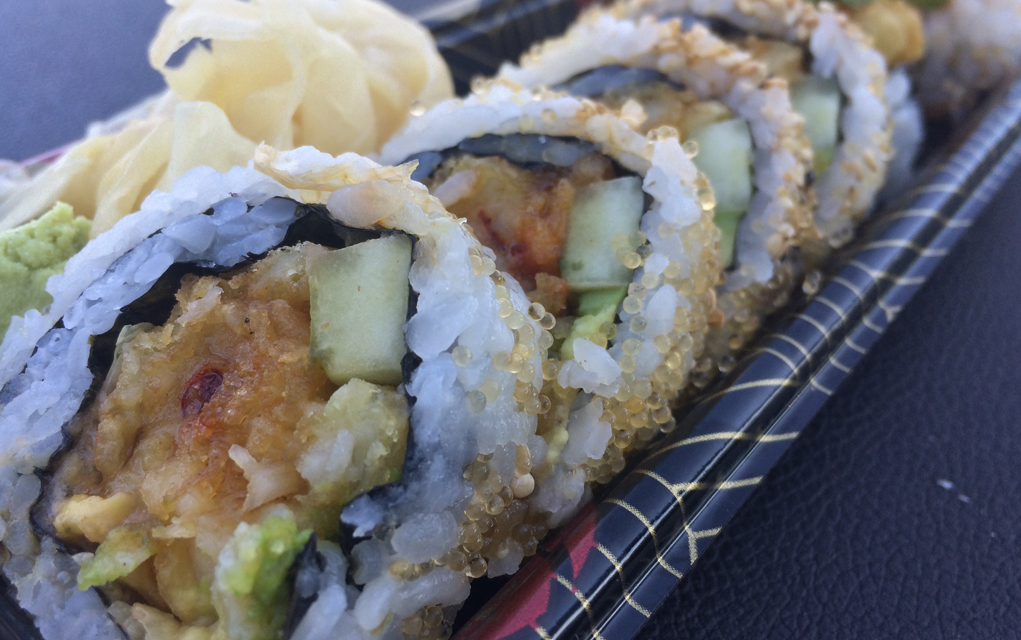 The folks at Hana Japanese Bistro in Louisville’s Colony Square are masters of balance. From the tranquil interior to the menu of various sushi and Japanese dishes, everything is done in perfect proportion. Nowhere is that more on display than in the Iron Chef’s Roll, a specialty sushi roll made of lobster tail tempura, cucumber, avocado, flying fish roe and spicy sauce. The lobster, as you might imagine, is the star, buttery and unctuous on the inside, crispy and salty on the outside. The accoutrements of avocado and roe thicken up the roll with fat and texture, and the spicy sauce is understated and simply heightens the senses. $12.50. 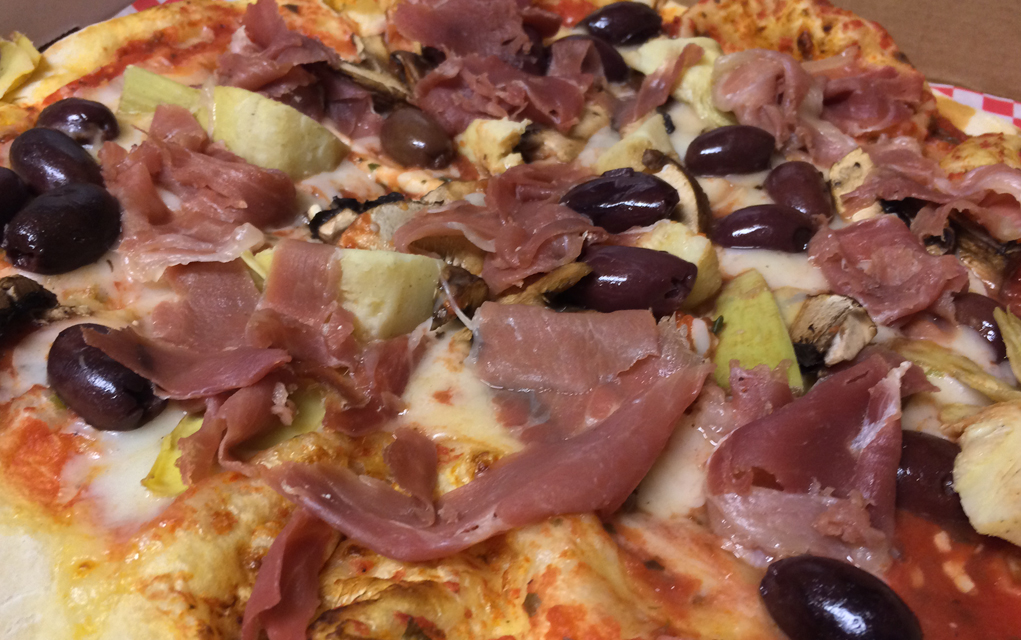 Pizza comes in all shapes and sizes; that’s what makes it great. Deep dish, thin crust, wood-fired, tomato pie — the list goes on and on. If it’s artisanal Neapolitan pizza with bold flavors you’re after, you could do worse than Bacco’s quattro stagioni pizza. This pizza tells a story too — the quattro stagioni (four seasons in Italian) is divided into quarters to represent the seasons and filled with unique toppings: here it’s Prosciutto di Parma, olives, artichokes and mushrooms. Bacco does the diner a favor by spreading out the ingredients, creating awesome bites of zippy kalamata olives, savory prosciutto, funky artichokes and earthy mushrooms, all atop a slightly chewy and ideally thin crust. Bacco has a variety of from-scratch pies to try, including rotating daily pizza specials, in their North Boulder outpost. $13. 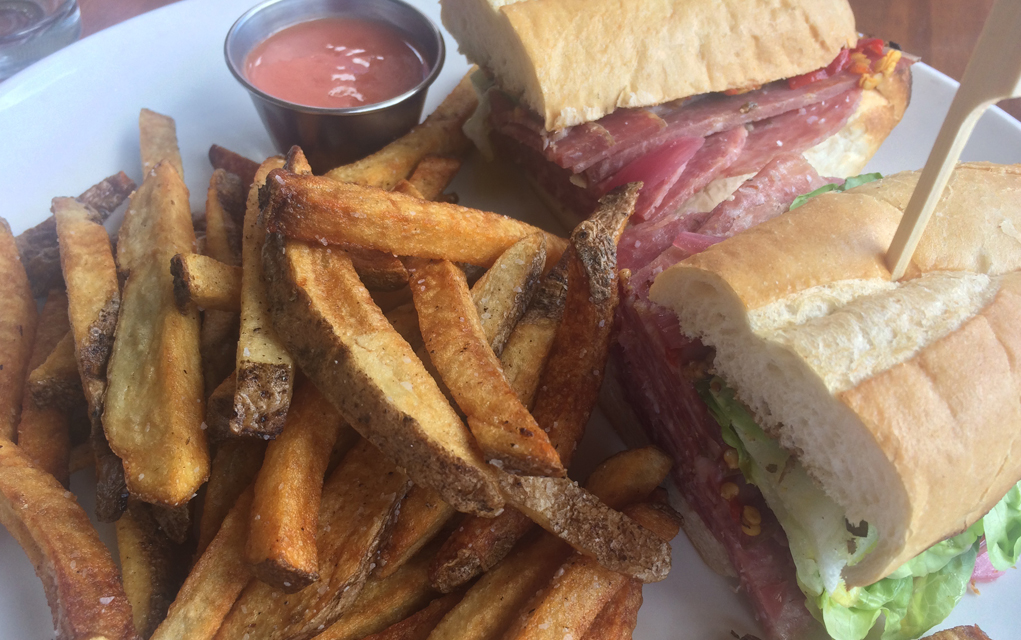 Hero, sub, grinder, po’ boy, spucky, wedge. All names for sandwiches, some more ridiculous than others. BRU boldly co-opts the name “hoagie,” a word steeped in tradition that refers to any number of sandwiches, and singularly applies it to its Italian sandwich. Luckily, this spucky lives up to its billing. Bold, thick cuts of soppressata, Genoa salami and mortadella are hedged with provolone and goaded by horseradish mustard. Calabrian chilies provide acid and heat, and the chewy hoagie roll is spot-on. As far as Italians go, this is certainly on the more robust side, but that’s not really something to complain about, now is it? $14.