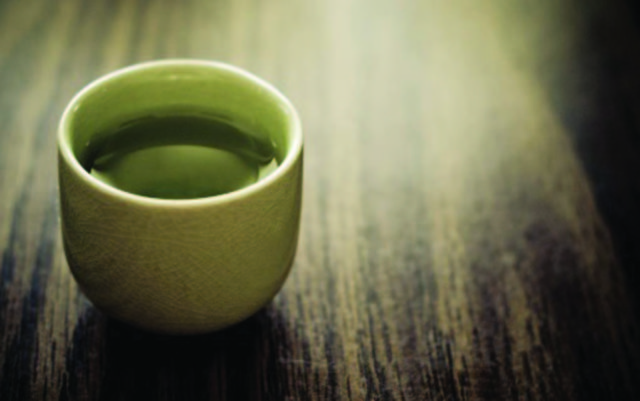 It smells like stale vodka when you sniff it. Then it singes your throat with its flaming jet-fuel flavor, rendering your throat desiccated and begging for mercy. Sake. This memory is why I avoided it for umpteen years. But a sake enthusiast recently transformed me, and I learned that this drink, at least the quality stuff, is worth re-exploring.

Sake is not a spirit, although the lower quality ones certainly taste like a $1 shot in a college bar. It’s often described as “rice wine,” but its production is closer to grain-fermentation like beer. However, it tastes closer to wine and isn’t carbonated. Yes, confusing, I know.

Sake production begins by “polishing” the outer layer of specially selected short-grain rice to expose its inner starch. After the rice is cleaned, soaked and steamed, sake brewers use a Japanese mold called koji to break down the starch into sugar for fermentation. Adding yeast and water starts the process of converting this sugar into alcohol; then it’s filtered, pasteurized — except for some specialty sakes — and bottled. After a six-month aging period, it’s ready to drink. Unlike wine, sake doesn’t improve with age and should be consumed within six months after bottling. The fresh ones should be transparent, so shy away from those taking on a darker hue.

Several different types of “premium” sake exist. To be labeled “premium,” at least 40 percent of the rice grain must be polished away, and sometimes as little as 30 percent of the grain remains after this arduous process. This is one reason for the higher price of this Japanese specialty drink. The best sakes I tried were the ginjo, junmai and daiginjo varieties. Junmai sake is full-bodied, earthy and smacks of wild mushrooms. And it is also the best pairing with sushi. Ginjo tastes light-bodied and has a slightly fruity aroma. Daiginjo falls one quality step above the ginjo, and is the cleanest and nuttiest. There’s also unfiltered, cloudy sake with a milky appearance — the lack of filtration leaves particles of rice floating in it.

In style, sakes range from sweet to dry. The sweetness profile in all of these “wines” varies, so it’s best to ask your server before ordering. I found the best selections hailed from Japan, but Oregon’s Momokawa efforts aren’t bad.

Premium sakes should be served chilled or at room temperature. The hot sakes you’ll find in many places are heated to cover up their cheap, harsh flavors, much like extra cold beer covers up its faults. Heating sake also gives it that Kamikaze taste, leading many to believe sake is high in alcohol. But in reality, sake is about 15 percent alcohol — only slightly higher than wine. Incidentally, sake contains no sulfites and is free from hangover-inducing congeners found in many wines and dark-colored spirits. Bonus.

I tend to think that sake is best before dinner, as an appetizer, or with oilier fish. Try a lighter, cleaner sake with spicy Asian foods or sushi. It’s an acquired taste, but don’t rule it out.

I’ve scratched only the surface of this complex topic. To learn more, check out esake.com or sake-world.com

Fukucho Junmai Ginjo “Moon on the Water:” Smells like jasmine and goes down so smooth it’s almost the anti-sake. The most ‘wine like’ of those I tasted.

Hoyo Kura “No Hana Daiginjo:” Smells like almonds and has a very distinct flavor of steamed rice. (Imagine that?) Herby like ginseng or chamomile tea, but very refined and smooth — no biting, harsh flavors.

Masumi Okuden Kantsukuri Junmai “Mirror of Truth:” A little like the pinot noir of sakes — earthy, mushroomy but without cherry and raspberry. Hearty, bracing licorice.

Taylor Eason, the former wine critic at the Creative Loafing newspapers, blogs about all things alcohol at tayloreason.com.