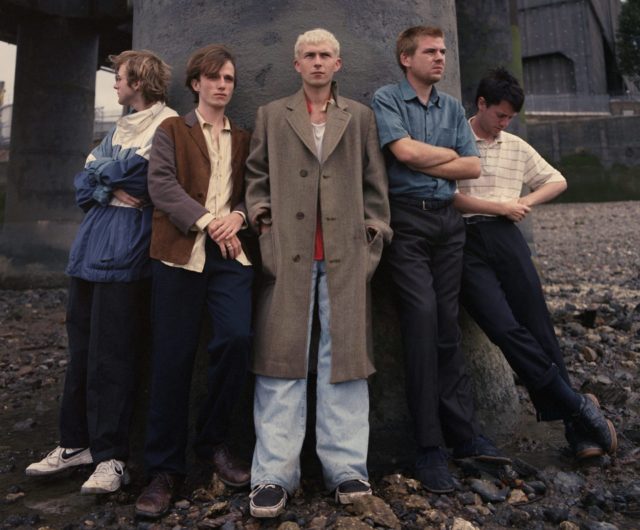 Following in the footsteps of British rock ‘n’ roll bands like the Skids and Gang of Four that rode the punk wave by crafting hard-nosed classics out of sly poetic and musical intelligence, Shame arrives at the Fox Theatre in Boulder via South London on the heels of two critically acclaimed studio albums.

The post-punk outfit, which is on the forward-thinking Dead Oceans label based in Indiana, has also released two searing live albums that will entice fans of heavy music to see the band in person — and also perhaps clue them in to wear protective gear, as moshing might be involved.

On the cover of their debut LP Songs of Praise (2018), the young members of Shame cradle small pigs under a clear blue sky, coyly signaling the music within — tasteful, spry dance beats played forcefully on rock instruments and blanketed by the passionate screams of frontman Charlie Steen. “I hope that you’re hearing me,” he wails in a voice recalling seminal English groups The Fall and Sham 69, whose fingerprints can be found throughout Shame’s brief but bruising discography.

Drunk Tank Pink, Shame’s latest, cranks up the ferocity, presumably taking cues from Fugazi with anthemic, churning post-punk that spends little to no time on idyllic introductions. Unlike Ian McKaye’s call-outs of conformed society, however, Shame’s genius lies in metaphors and disillusioned everyman angst. The album peaked at No. 8 on the U.K. charts, juxtaposing explosive post-punk with a bit of Franz Ferdinand-style grooves and British cobblestone drawl.

Co-headlining with Swedish rock outfit Viagra Boys, Shame’s set at the Fox Theatre on Oct. 7 could be the shot in the arm Boulder — so inundated with bluegrass and jam bands — needs as a palate cleanser.