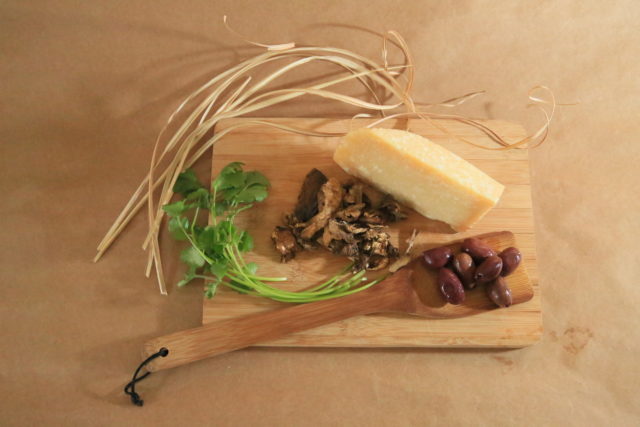 Umami is suddenly on the tips of everyone’s tongues because of the fuss being made about plant-based meat substitutes. Food alchemists are struggling to make beans and fungi taste like prime rib, pork ribs and sautéed scallops.

“Isn’t it interesting that we want our diet to more plant-based, so we say: ‘Let’s make the plants taste like a burger?’” says David Delcourt, co-owner of Boulder’s Seed Ranch Flavor Co. and a vegan.

Translated from Japanese, umami means “pleasant savory flavor” and that fifth taste — along sweet, sour, salty and bitter — is present in every cuisine worldwide from marinara to mole sauces. Cooking techniques such as smoking, roasting, grilling, toasting and caramelizing amplify that mouth-filling flavor.

“Why is a grilled steak so good? Why do slow-cooked tomatoes taste so much better than fresh chopped tomatoes? It’s umami. Take that first bite of aged Parmesan cheese. That first sensation after salt is umami,” Delcourt says.

His aha moment occurred while sipping soup. “The first time I understood what umami was, I was at a Japanese restaurant and I loved the miso soup. I asked the chef and he said, ‘It’s umami, from the miso and the seaweed,’” Delcourt says.

A few years ago, he and his business partner in their hot sauce company wondered if they could compose a plant-based product that would add that satisfying flavor to everything. The result is Seed Ranch Flavor Co.’s bottled Umami Sauce which combines some of the most umami-packed natural ingredients on the planet including kelp, porcini mushrooms, red miso, tamari, tomato paste, sesame oil and chipotle.

One big flavor component is dried Kalamata olives which lose their tart pungency and become meaty in the oven. Because he couldn’t find a good source of organic dried Kalamatas, Delcourt regularly dries 100 pounds of olives at a time.

The company also bottles a Reserve Umami Sauce, amped up with chocolate habanero peppers, and dry Umami Seasoning that can be sprinkled in soups, sauces, salads and roasted vegetables.

The emphasis on umami has revived a lingering controversy about monosodium glutamate (MSG), a chemically derived source of umami popularly used in variety of cuisines. It occurs naturally in things like celery seeds. Decades ago there were reports of symptoms combining numbness in the extremities, dizziness and palpitations and physicians and reporters labeled it “Chinese restaurant syndrome.” It was blamed on excessive use of MSG. Mainly, it was just plain racist.

The syndrome was scientifically debunked long ago, but many sources, including the Merriam-Webster dictionary, still include references to “Chinese restaurant syndrome.” This persistent slur prompted Eddie Huang and Jeannie Mai to team-up with Japanese MSG maker Ajinomoto recently to petition the publisher to update the language.

Ironically, MSG has been used to enhance the craveability of everything from Cheetos to fast food all this time with the name camouflaged among “natural flavorings.” I was surprised to see a news item noting that McDonald’s is testing out a new chicken sandwich and openly noting that it is using the same ingredient that makes the buzz-worthy chicken sandwiches at Chick-fil-A and Popeyes so popular: MSG.

fiber focus is nothing new

From out of my archives I pulled a reprint of 1932’s A New Way of Living. It was published by Kellogg’s, the people who now market Sugar Cookie Toast Crunch Cereal. With evangelical fervor, it castigates the reader about his or her lifestyle. “We stay indoors too much. … We eat a hurried luncheon of highly refined foods that are lacking in bulk.”

As a result, the pamphlet notes: “Perhaps one of the most common diseases in all the world is constipation.” You can tell who is constipated because their “…eyes may lose their sparkle, become dull and uninteresting.”

Jan. 23 is National Pie Day, one of the few observed national holidays that originated in Boulder. It was dreamed up by Charlie Papazian, best known as the godfather of American homebrewing. As a school class project years ago, he told his Boulder students he would declare January 23 as National Pie Day because he liked pie, not cake, on his birthday. The rest is history … Ginza Teppanyaki (featuring chefs cooking at hibachi grills) is now open inside Louisville’s Spice China. … Bone marrow and apple doughnuts are on the menu weekends at the Inventing Room Dessert Shop in Denver. … We lift a glass of pinot noir as a toast to the owners and staff of Liquor Mart, which closed recently in downtown Boulder. Open since 1973 at the same location, the store supported many community efforts including the Taste of the Nation and Community Food Share. Boulder is now known as a wine-savvy city and an ale epicenter. Liquor Mart introduced Boulder to wine appreciation and sold ales from the first few little local breweries that helped launched the American craft beer revival.

Surprisingly, I also write for a golf publication, which is how I came to enjoy a jumbo pretzel board at Top Golf in Thornton. This three-story, high-tech driving range on steroids has heated hitting bays and surprisingly good food and drink. This charcuterie platter constructed inside a huge, hot soft pretzel bulges with good salami, sausage, prosciutto, cheeses, fruits and nuts with PBR cheese sauce for dipping. The place also dishes noteworthy grilled chicken wings and fresh doughnut holes with cool filling injectors. For the record, my drives looked more like putts, but I did no harm to myself, others or nearby wildlife.

“If you are careful, if you use good ingredients, and you don’t take any shortcuts, then you can usually cook something very good. Sometimes it is the only worthwhile product you can salvage from a day; what you make to eat. … Cooking, therefore, can keep a person who tries hard, sane.” — John Irving, The World According to Garp.