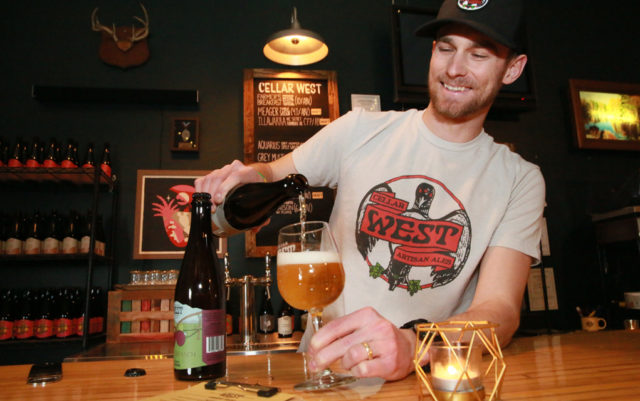 Zach Nichols lives on the edge. He dumped his shares in a successful and popular microbrewery and used the money to open a funky, little one of his own. And the barrel-fermented, yeasty and weird wild ales he creates at Cellar West Artisan Ales in North Boulder exist on the periphery as much as his business decisions.

But it’s life on the edge that has yielded stellar results for Nichols and Cellar West as it starts its second year in business: A Great American Beer Festival silver medal, accolades from national beer magazines, and a growing legion of patrons eager to consume the brewery’s premium, esteemed and niche beer.

“I’m not bashful about the fact that we’ve sort of picked an avenue to explore pretty specifically,” Nichols says. “To be perfectly frank, it’s not a beer that is super hot right now. Saison, as sexy as I think that style is, it’s not super cool to the average consumer right now. However, there are enough people who find it to be really enjoyable that we do have a market for it.”

Producing only about 100 barrels last year, the stakes are high for Nichols while brewing, and he laboriously tends to each barrel during the production process. The very nature of brewing wild ale (Nichols says he produces Saison-style farmhouse ales that aren’t quite sour, but are funky, and are certainly within the “wild ale” style) means things can go wrong seemingly without explanation. Four barrels get the same wort and the same yeast (a proprietary blend of Brettanomyces yeast), and three can turn out fine, while the fourth tastes like vinegar “or wet dog.”

“It sucks to have six-grand in the bank account and you’re dumping $5,000 worth of beer,” Nichols says.

And the beer kind of has to be good, Nichols says, because that’s what he’s invested all his time and money into.

“I tell people, ‘We’re literally behind a strip club and a homeless shelter, and because of that, we’re forced to make really quality beer. It’s not a fancy taproom, people come here for the beer and the conversation,” he says. 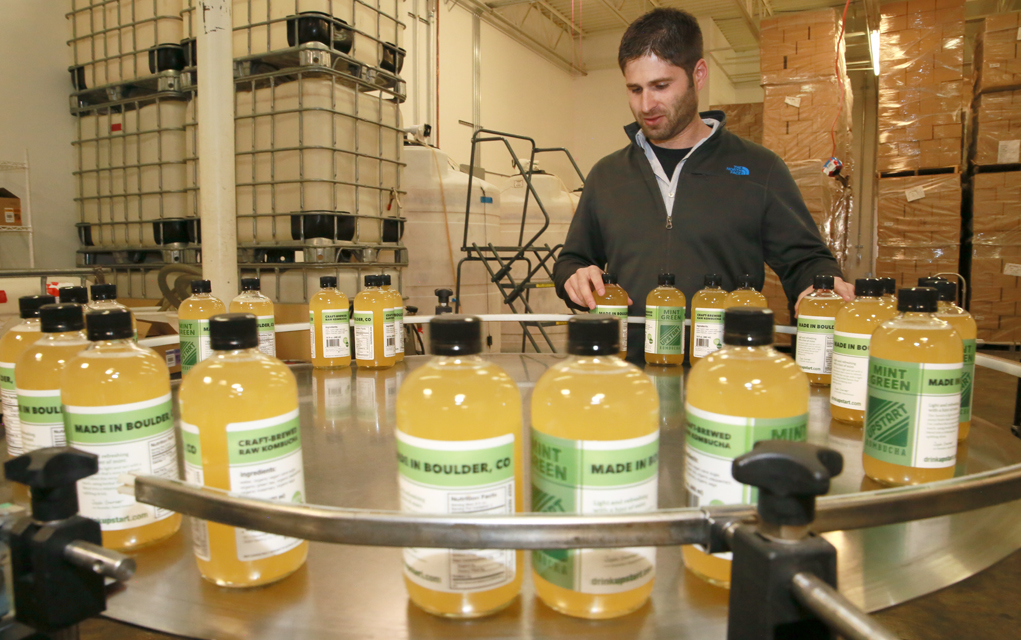 The launch of Cellar West was entirely bootstrapped, and Nichols and his wife own 100 percent of the business. It’s the product of several bold choices Nichols made, which have brought him from drinking Keystone Light on Friday nights to producing artisan, renowned ales on Monday mornings.

Nichols stocked shelves at a liquor store in downtown Madison, Wisconsin, during college, occasionally getting a chance to taste new styles from dented, returned and incomplete six-packs. It sparked curiosity, and Nichols began home-brewing, and soon upgraded his employment to a job at a brewpub outside Madison. His wife, a student at CU at the time, encouraged him to come to Boulder, and he did. Soon, he joined some friends at Boulder Beer who were talking about opening their own brewery. That idea turned into Sanitas Brewing, and Nichols worked in the brewhouse and used a background in graphic design to label cans and create the brewery’s iconic owl emblem.

Soon, though, Nichols felt he was spending less time brewing and more time marketing. He’d learned a lot about brewing at Sanitas and had started to experiment with Brettanomyces and funkier styles at home. So he split with Sanitas amicably, selling his shares with an eye on opening his own brewery.

It afforded Nichols freedom, as in the freedom of jumping off a cliff. Without co-workers, good real estate, recognizable beer styles, name recognition, investors, Nichols looked at the bright side.

“I don’t feel those pressures on having to make certain beer styles to keep up or keep our taproom busy,” Nichols says. “I make the beers that I think are cool and will be enjoyable, and if people like them, they’ll catch on. I opened this place and signed a two-year lease and said, ‘It’s either going to catch on or it’s not. I’m either going to be closing up shop or starting to look for more space,’ and [now] we’re looking for more space.”

Nichols didn’t purchase tanks or brewing vessels in part because his 1,200-square-foot facility couldn’t hold them, and also because if the business failed, he’d have a hard time freeing himself from the equipment. So Nichols rents space from breweries — mostly Wild Woods in Boulder and New Image in Arvada — for his brews. He sources his grains and hops, loads them in a truck and brings them to the breweries before brew days. He uses a special tank to transport it back to his North Boulder facility, where oak barrels from Rocky Mountain Barrel Company are prepared for the beer. He keeps his special yeast blend at a yeast lab — “I’m a little nervous about staking our future on me being able to keep a yeast blend from getting weird on me” — and gets it in time to put in with the barrels. Fermenting fully in oak barrels (along with Nichols’ unique yeast blend) gives Cellar West beer its trademark style.

Beer is then bottled flat, and given a dash of sugar and yeast — the sugar eats the yeast to create carbonation — and that creates a mouthfeel that “separates a good beer from a great beer.” In Cellar West’s taproom, Nichols conditions the kegs in this manner, too, which is rare, so instead of getting forced carbonation in the glass, guests get the beer as Nichols intends it.

And about that taproom — it’s completely miss-able, down a gravel driveway past a seemingly endless parade of Volkswagen repair businesses. But it’s got a feel similar to what 303 Distillery’s old 47th Street outpost had — industrial but cozy, like you’re a part of the team just by sitting and drinking.

Still, Nichols says it’s tough to turn away potential retail customers every week. So growth will happen, but growing at a pace that ensures the beer is still “artisan,” is paramount, he says.

“I can see us being larger than we are, but I want that to happen organically,” he says. “I want to find a market for our beer and create demand versus creating a bunch of beer and finding a way to sell it.

“People say, ‘Do you see yourself being Avery?’ and I can’t wrap my head around being that big. … [The goal is to] put something good on the table for a handful of people, pay myself well, do what I like, and let that be it.”