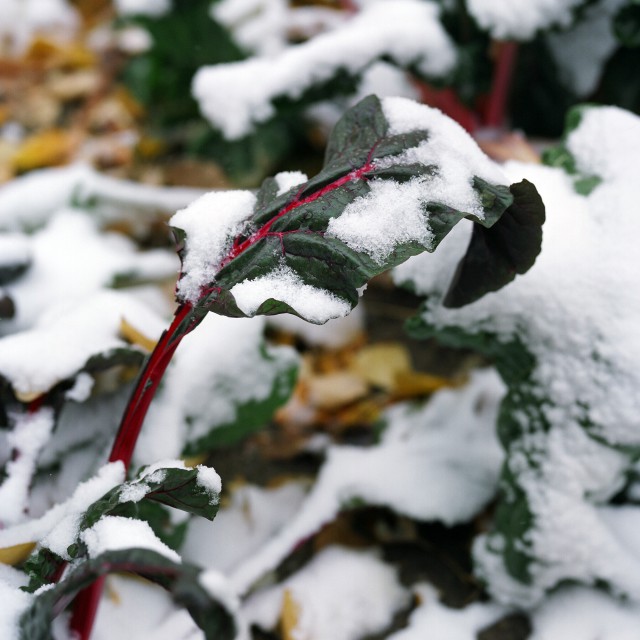 On the outskirts of Boulder, past the myriad car dealerships, pizza joints and other signs of urban living, lives a mysterious group of people whose wintertime actions are unknown to many Boulderites.

This group gives us fresh produce in the spring, summer and fall, but one wonders — what do they do in the winter? They don’t fly south or hibernate. No, the farmers of Boulder County continue to work hard, despite the unfriendly conditions outside.

The recent snow and impending closure of the 2011 Farmers’ Market have many asking where they will get local food for the next few months and what the farmers are doing in the off-season. Though some farm hands will use the time to travel, relax or get a job that is comfortably indoors, many local farms will continue to operate.

“Sometimes the winter almost feels busier,” says Jason Condon, co-owner of Isabelle Farm. “In the winter, we don’t have as much help, we’re doing repairs on equipment, we’re figuring out how much of what to plant, and we’re making the decisions we have to live with for the next year.”

Isabelle Farm has several locations in Boulder County and covers a total of about 105 acres. In the winter, Condon and the handful of farmers he keeps working full-time mostly focus on basic maintenance of the farm, like repairing fences or changing the oil in the trucks and tractors. However, they will continue to keep their farm stand running as long as possible.

“The farm stand will be open on the weekends in November,” Condon says. “In December, the stand will have Christmas trees, grass-fed local beef, some greens depending on weather, potatoes and winter squash. By mid-December, it becomes more of an effort to keep things going because the ground starts freezing. It’s Colorado, and it’s winter, so we just let it go.”

Many farms are able to stay open and continue producing greens and other veggies long after the first snow. In fact, some farmers enjoyed the recent winter storms.

“The snow is actually really nice because it acts as added insulation,” says Anne Cure, farm manager of Cure Organic Farm. “We cover a lot of our crops to help keep them safe, so the snow on top actually keeps them from completely freezing. The extra moisture is also great. It is actually the dry cold that is damaging to the crops, as opposed to the wet cold.”

Cure Organic Farm will provide produce through mid-December and offers a winter share program that runs for eight weeks. After that, the ground starts to freeze and there isn’t enough light to keep up the growth rate. The break around the holidays is nice, though, says Cure.

Condon and Cure both say the recent snowstorms weren’t really a problem. With the warm weather beforehand, the ground was able to maintain a higher temperature and their crops weren’t damaged. Unfortunately, the heavy snows weren’t so kind to the trees, according to Rowan Rozanski, a farmer at Jay Hill Farm.

Rozanski says the snow was hard on the trees that still had leaves, especially the pear trees. However, Jay Hill Farm will still function throughout the winter.

“We provide many types of greens throughout the winter, including chard, kale, arugula, mizuna, turnips and a greens mix of seven types of lettuce, arugula, mizuna and nasturtium flowers — as long as we can afford to heat our 10,000-square-foot greenhouse.”

Though there is minimal produce in the winter, the farmers try to stick to their roots as much as possible and eat local. Condon tries to eat as many squash, potatoes, beets and other storage vegetables as he can handle. Also, if Isabelle doesn’t have produce available, there are plenty of nearby farms Condon frequents.

“We store a lot of our own food by canning or freezing it,” Cure says. “We also change the way we eat in the winter. Instead of buying lettuce we eat radicchio, spinach and chard. We also eat more stews and soups and beans, which isn’t hard because it is what we’re craving in the winter. By February we are usually craving some fresh greens, but you can store a lot of cooking greens by blanching them and freezing them.”

Cure says the best way for people to eat local in the winter is to get them thinking about storing the seasonal produce they are buying now. To help with this, the Winter Farmers’ Market and Holiday Gift Show will be held at the Boulder County Fairgrounds in Longmont on Dec. 3-4 from 9 a.m. to 3 p.m. Patrons will be able to buy local winter produce like bulk potatoes and greens, which they can then store to sustain them through the season.

“The thing about farming in Boulder is that the weather is never really good or bad, it is just the way it is,” Condon says. “You have to be creative to farm here. It is a matter of making lemonade out of lemons, dealing with what has been given to you. It is Colorado and it is supposed to snow, so you just have to keep going.”