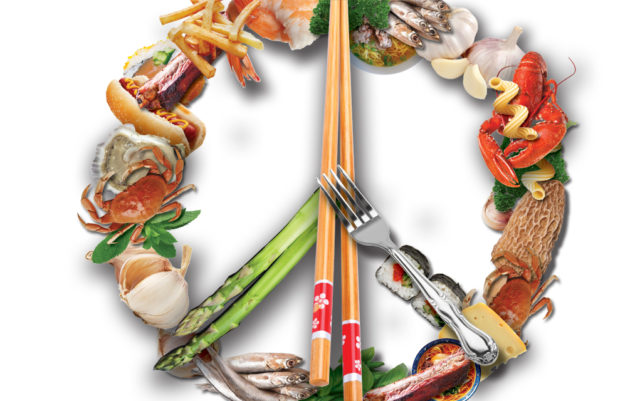 I’ve been writing Nibbles for 30 years or so. Some columns have virtually written themselves. This one has been agony, a bitter pill to swallow. I never thought I’d have to write about Anthony Bourdain in the past tense. It’s such a terrible loss to a world in need of humans like him.

For those of us who write about food and travel, it’s like the death of a family member. Tony was the kind of first-person journalist we secretly wished we could be.

“Swashbuckling” was a word seldom applied to chefs and food writers before Bourdain’s no-holds-barred Kitchen Confidential was published in 2000. He told the unvarnished truth about restaurant life, minus the BS and equivocation but with humor and humanity. I knew it was true because I had spent years sweating in the eatery kitchens of Boulder.

What became clear when Bourdain started producing his three television series on food and travel was that they wallowed in eating yet were never really about the food. CNN’s Parts Unknown concentrated on encountering people, culture and cuisine on their own terms. Leading Americans by their taste buds, he introduced them to folks like them across the globe as well as down the street. Watching Bourdain eat everything from noodles in Hanoi to crawfish étouffée in the bayou has sparked a generation of travelers who want to taste the real thing.

Regrets? I have a few including the fact that I didn’t interview Anthony Bourdain when I had the opportunity. I think I was intimidated by the prospect of meeting him, not to mention keeping up with him. I assumed I would have other chances to chat. I was wrong.

I was thinking about Bourdain as I was watching The Great American Read (pbs.org/the-great-american-read). The new, eight-part PBS series focused on a list of America’s 100 best-loved novels as determined by a national survey.

As a writer, I’m thrilled by anything that brings us back to the written word. This list includes many personal fiction favorites from Catch-22 to A Hitchhiker’s Guide to the Galaxy. However, I was dismayed to see how few of the many food-focused literary classics made America’s list.

It’s true that some listed novels from Alice’s Adventures in Wonderland to Moby Dick and The Godfather to The Joy Luck Club have important themes and scenes that revolve around cooking and eating.

Where are the masterpieces such as Babette’s Feast and Like Water for Chocolate? Why didn’t Heartburn by Nora Ephron make the cut or, at the very least, Charlie and the Chocolate Factory by Roald Dahl? It’s as if novels that focus on food are somehow trivial or less memorable.

During your summer reading, explore some of these novels as well as essential non-fiction landmarks from Kitchen Confidential to Calvin Trillin’s Alice Let’s Eat. Also, get out and taste a totally unfamiliar cuisine and order something that scares you just a little.

As Bourdain said: “Walk in someone else’s shoes or at least eat their food. It’s a plus for everybody.”

Food letter to the editor

“Ahem. John Lehndorff (Re: “Royal Couple,” Nibbles, May 24, 2018): The proper way to harvest asparagus is to bring along a small sharp knife when scavenging the wild stalks. Cut the stalk just below the dirt line. You can then trim off the woody section. The stalk will then produce again. … I went asparagus hunting this morning and saw many a snapped stalk. It saddened me.”

This year’s asparagus season is over, but I apologize if any wild asparagus was harmed in the making of Nibbles. However, I am not currently in favor of mandating hunting licenses for those who stalk asparagus.

I love the smell of cinnamon raisin bread toasting in the morning. When coffee is brewing simultaneously, it’s aromatherapy of the first order. Rudi’s Bakery Cinnamon Raisin Bread has been on the menu in Boulder since Sheldon Romer opened the bakery in 1975 and named it after Swami Rudrananda. Beyond simply cinnamon-y, these slices are so dense, moist and sweet they require a double-toasting to get them crisp at all.

“Mexicans cook a large percentage of the food we eat, grow the ingredients we need to make that food. … As any chef will tell you, our entire service economy — the restaurant business as we know it — in most American cities, would collapse overnight without Mexican workers.” —Anthony Bourdain