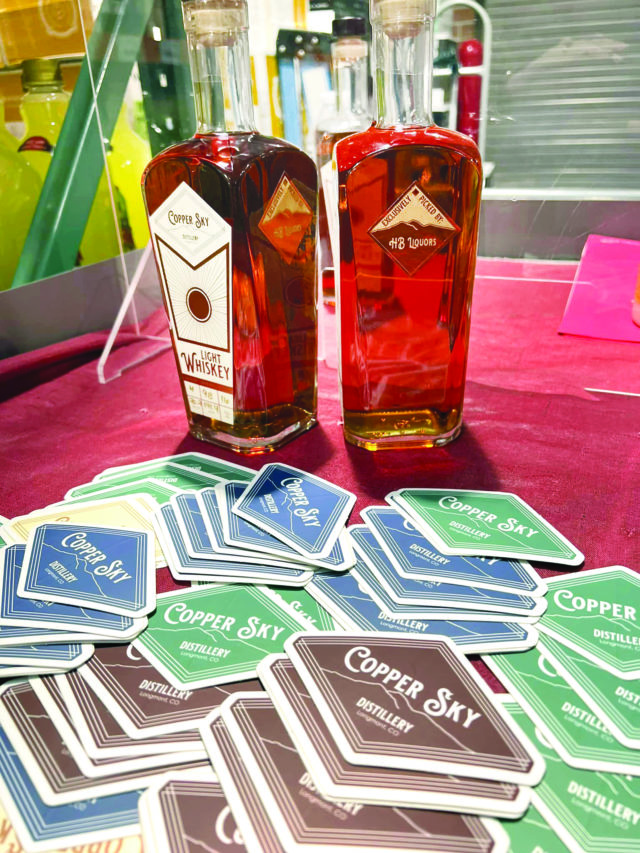 Making whiskey is a patient trade. Once the spirit goes in the barrel, there’s nothing left to do but wait years for the end result. For a startup distillery, the process can be daunting, but there’s an alternative―sourcing spirits from a commercial wholesaler and blending them.

Dear readers, you may be surprised to learn that spirits like George Dickel, Bulleit, Templeton and Angel’s Envy are sourced and bottled from private label distilleries like Midwest Grain Products. Sourcing and blending whiskies is a perfectly reasonable choice for distilleries, ensuring some consistency and quality control.

Aside from getting a product ready for bottling without having to wait a few years, there are other advantages to sourcing barrels of whiskey, according to Copper Sky Distillery owner Mike Root. Buying barrels wholesale is cost-effective, which means the price of a bottle is lower for the consumer.

“Basically that’s the premise I started Copper Sky on,” Root says. “I like good whiskey and good people, and not everything needs to cost $100 a bottle.”

Root started Copper Sky Distillery a couple years ago, taking over the space formerly occupied by micro-distillery Still Cellars in Longmont. Now the distillery is moving into a brand new space near downtown Longmont, behind the South Main Station apartments built on the remains of the old turkey plant.

Copper Sky’s portfolio hews closely to wheated bourbons and whiskies, ranging from 5-year-old bourbons up to a 16-year-old light whiskey. Root says his tastes still veer toward the smooth, sweet notes that come with wheated whiskies, but adds that he’s warming up to spicier spirits like rye thanks to Copper Sky’s head blender and distiller, Isaac Haefner.

“I have a sweeter palate―corn and sweet mashes―and Isaac likes the bolder flavors, so we’re a good compliment to each other,” Root says.

That balance comes into play when making spirits as well, Root says. The distillery has rum still in the barrel, he says, waiting until it tastes just right. Balance and patience are the watchwords with Copper Sky’s spirits, and thanks to sourcing, Root doesn’t feel pressure to release something before it’s ready.

“Even though we’re making our own, we’re still following that same blending track. That’s just one of the pages in the portfolio we’ll always keep,” Root says. “We’ll stay a hybrid distiller, we’re not going to stop sourcing and blending because it’s a fun art for us.”

Copper Sky’s former location barely had enough space for stills and fermentation, let alone keeping barrels, so outgrowing the space was only a matter of time. The new space means a bigger tasting room, in addition to increased barrel storage and production space to distill and blend spirits.

When it came to finding another location, Root said other cities around the Front Range tried to lure them in, but Copper Sky’s home is Longmont.

“This is where we belong, so it’s perfect that we get to take on part of a historical building with the old turkey factory,” Root says.

Root is also a firm believer in supporting the community, he says. The distillery hosts regular fundraisers to support first responders, and sponsors events with the Firehouse Art Center and Longmont Creative District. An Air Force veteran himself, Root also partners with veteran-support nonprofits like Warriors & Whiskey and Veterans Community Project to support veterans in need with limited release bottles.

Construction is still underway at the new location, Root says, leaving the distillery temporarily without a tasting room. They still have space to blend and bottle, so Boulder County and other areas of the state won’t be bereft of their bottles. Root says he’s hopeful that the space will be up and running before the end of June.