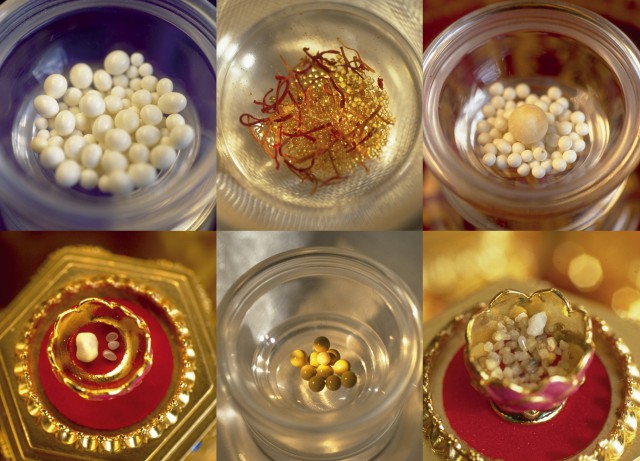 Some of the foundational beliefs of Buddhism are peace and lovingkindness among all living things. For the past 30 years or so the Dalai Lama Tenzin Gyatso has been spreading this message in the Western world with hopes of inspiring and making changes worldwide. But with the Dalai Lama’s announcement of semi-retirement in 2008, the spread of the Buddhist message rests in the hands of other Buddhist leaders.

One of these leaders is Lama Zopa Rinpoche, a Tibetan teacher who is leading a venture called the Maitreya Project. The project is a planned construction of a 500-foot statue of the Buddhist figure Maitreya in northern India. For the statue itself, the projected budget is to be around $195 million. But in addition to the statue, the Maitreya Project will include development of the surrounding area with health and education services that will cost somewhere in the range of $55 million.

In an effort to promote the project, Rinpoche launched the Maitreya Project Heart Shrine Relic Tour in 2001. The tour showcases more than 1,000 sacred Buddhist relics, some going back as far as 2,600 years from the Buddha and others from Buddhist masters from other parts of the world. The tour stops at Boulder’s Masonic Lodge this weekend — the second time it’s been in Colorado — where visitors can see the relics free of charge. But questions may arise — what exactly are these relics and where did they come from?

“The relics themselves are primarily from the ashes of holy masters that have been cremated,” says Elizabeth Prather, a former relic tour manager who is volunteering to host the tour’s Boulder dates. “When you sift through the ashes you actually find these little pearl-like substances. They can be white, translucent, they can be different colored rocks, and they’re small. And depending on the master in the situation, it could be two of them, or hundreds of them, or even thousands of them.”

Some of the relics that are on display include pieces of hair and bone from Buddhist masters who have passed on. But of course people come to the show to see the supernatural-like pieces that seemingly came out of nowhere. According to Prather, the relics may still contain some sort of supernatural power.

“A relic is the embodiment or the symbol of the higher qualities of compassion and wisdom that the master has,” Prather says. “What we see in the ashes is that they’re leaving a symbol of their wisdom, lovingkindness and compassion. That’s what people feel when they come into the room. It doesn’t matter what’s happening outside, it’s like people let go and they feel peaceful. They can just relax. That’s kind of a general feel.”

Prather related a story about a 5-year-old girl with cerebral palsy who would act out in public and had a hard time controlling her limbs and focusing. The girl and her parents came to a relic show and saw a change in their daughter afterwards.

“I saw her last year in Nevada City, she was a different girl,” Prather says. “She was quiet. She looked at you and her limbs weren’t flailing. Her parents were just telling me this story with tears in their eyes, and said the change had happened right after they had been to the relic show the year before, so they came back again.”

Prather also said a man with cancer came to a show and told her that he had a really light feeling in his body during his visit. After he left, he went to the doctor and, “I can’t prove this, but he was told that the cancer went into remission,” Prather says.

The miracles don’t stop there. Prather also says that the relics themselves seem to be multiplying. “So now we have more relics than we did when we started,” she says.

Although the relic show is free, donations are being accepted, and there will be a sale of various items at the show, with all proceeds going directly towards the Maitreya Project. The event is open to people of all faiths and backgrounds, and whether or not you subscribe to Buddhist beliefs, Prather promises you will feel something.

“In our world view these items are more precious than any amount of money,” Prather says. “In certain people’s minds the preciousness of them comes from what they’re emanating — this compassion and wisdom. That’s what people are feeling, that special quality. To have that peace of mind, to feel that lovingkindness, to be without war or conflict in our lives, that’s what we’re looking for and that’s what these items represent.”