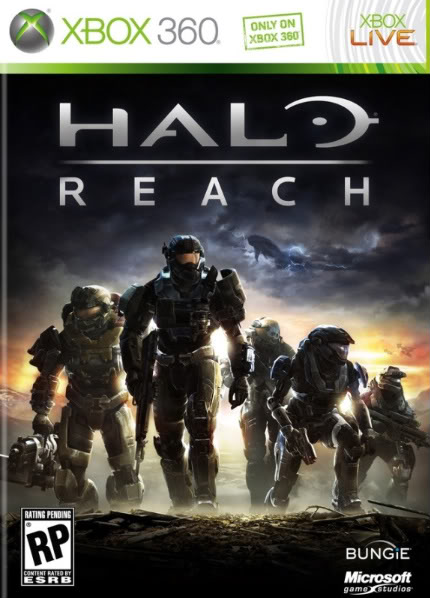 The original Halo game, Halo: Combat Evolved, hit stores shelves back in 2001 to much praise and critical delight. Developed by game studio Bungie and distributed by Microsoft, the game was a bona fide hit and put the newly released Microsoft Xbox on the map. Fast-forward nine years later with a handful of Halo games, novels and a movie in the works, Bungie has made its final Halo game, Halo: Reach.

The game takes place in 2552, just a few weeks before the events of Halo: Combat Evolved. The player plays as Noble 6, a soldier part of the elite Team Noble squad, who is tasked with fighting The Covenant, an alien race invading the world of Reach. If you’ve played Halo: Combat Evolved, you already know the outcome of the story, but it’s all about the journey, right?

At first glance, it doesn’t seem like much has changed in the gameplay compared to previous Halo games. It’s the same movements, same assault rifle, same grenades, and same enemies — the same ol’, same ol’. But once you get deeper into the game you notice the new additions and tweaks to the weaponry. Soldiers now can add different abilities such as Sprint, Hologram, Camouflage, Jet Pack and momentary Invincibility. And new weapons like the grenade launcher, the Covenant’s Focus Rifle, Needle Rifle, Plasma Repeater, Plasma Launcher and a reworked Battle Rifle makes the game that more exhilarating.

In addition to your basic first-person shooter gameplay and vehicle control on the ground, Halo: Reach has a level in zero-gravity space where you control a battle ship trying to defend the world’s space stations. It has a very fun retro arcadey feel but with a modern twist in its targeting system and flight controls.

As with previous Halo game, the graphics and animation are amazing. The vast landscapes, the explosions of gigantic anti-air missiles and the details of the characters’ faces rivals any Hollywood sci-fi film. The game is only available on Xbox 360 and is a definite requirement in your video game collection.