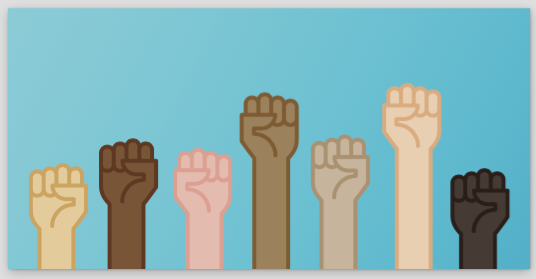 In this world, there are winners and there are losers. It’s survival of the fittest, and only the strongest survive. By this point in our collective history, we’re all pretty familiar with these concepts of social Darwinism, pitting strong against weak, everyone competing for the same limited resources. But what if there was another way?

Just a few years after Charles Darwin passed away, Russian anarchist and naturalist philosopher Peter Kropotkin proposed a counterargument to social Darwinism in a series of late-19th-century essays. He argued that humans and animals alike are naturally collaborative, not cutthroat. Our survival depends on working together, not competing against each other. It’s what Kropotkin called mutual aid, and it’s driven social movements throughout history. It also sees a resurgence in times of collective crisis, like the moment we currently find ourselves in.

There has been a proliferation of mutual aid groups across the country as the COVID-19 pandemic has changed life for all of us. These often small, localized networks have organized primarily on social media, offering to meet the needs of people within their community in the most basic and tangible ways. Folks are volunteering to buy and deliver groceries for people, pick up prescriptions, check in on loved ones if people can’t leave their homes. They’re offering free childcare, pet care and elder care. Sometimes, what’s offered is as simple as dropping off a book to give people something to do while they’re stuck at home or hopping on a video call so people don’t feel quite as isolated and lonely. It also encompasses calls for rent and eviction strikes, as well as organizing to make demands of existing systems like paid sick leave and safe working conditions. All of it is volunteer-based, all of it comes without eligibility requirements. There are no strings attached.

“One of the positive impacts of this time is how mutual aid is being popularized,” says Matthew Duffy, who recently started the Boulder COVID-19 Mutual Aid group on Facebook. “Hopefully it’s not hijacked and co-opted because it’s really important to recognize that mutual aid is solidarity. It’s not charity.”

This is a common mantra among mutual aid organizers. They distinguish themselves from other religious and nonprofit charities, as well as social service agencies that often have eligibility requirements people must meet in order to access services. These systems, they argue, are based on a volunteerism model that fails to question why people are poor or marginalized. It doesn’t recognize systemic inequity or the root causes at play.

“Mutual aid is a term for when people do work to support each other’s basic survival needs with a shared understanding that the systems in place are not going to meet those needs and often make them worse,” explains Dean Spade, a law professor who has spent the last 20 years in social movements that rely on mutual aid in a variety of ways. He’s also the creator of Big Door Brigade, a mutual aid resources website. It’s a recognition, he says, of the failure of the current system to meet the basic needs of the most vulnerable populations among us. “It’s really much more transformative political activity than to just say it’s complementary to the systems we currently live in.”

But it would be wrong to pinpoint an exact moment in history or credit one person with developing the concept of mutual aid, Spade says, despite the fact that Kropotkin is largely credited with the term.

“The activity of helping others survive is actually just what humans have always done,” he says. “In the U.S. we have this mythology that social change happens because laws change or somebody wins a big case or somebody passes something in Congress or somebody special gets voted in. I would say the center of social movement strategy is the part where we actually help each other get by right now and show each other that we have the power to build our own way.”

Mutual benefit societies within free black communities date back to at least the 18th century and through an economic cooperative model, provided essential services like health care, burial benefits and the care of widows and orphans, as well as education and job training. The concept only expanded as slavery ended and black people were largely excluded from the basic support infrastructure of society. In the 1960s and ’70s, the Black Panther Party employed the same concept with its survival programs, especially the group’s free breakfast program.

More recent examples are groups like No More Deaths, which provides water and food to migrants in the deserts of Arizona, prison letter-writing campaigns that build relationships and networks for people to feel supported both while incarcerated and once they are released, and Food Not Bombs, a free meal program that is autonomous from any government or social service agency. It’s a tactic endorsed by New York Representative Alexandria Ocasio-Cortez, who hosted an online mutual aid training in mid-March, while the federal government was still undecided about how to respond to the pandemic.

“For me, being a black American, I wasn’t necessarily familiar with the term mutual aid, but I know black and brown communities have been doing mutual aid forever because government is just not super reliable for those marginalized communities,” says Karia White, a junior at CU-Boulder and one of the organizers behind the local Mutual Aid Collective.

“We’re in a very transformative era right now, because we are seeing a lot of these systems not really uphold what they are supposed to,” White says. “[We’re] seeing the community come together and offer this level of aid that is traditionally thought of as being encompassed by the government.”

There are a variety of mutual aid groups around Boulder County and across the state. The Front Range Mutual Aid Network lists mutual aid resources, as well as other volunteer opportunities and organizing strategies for anyone to use. Some, like Errand Runners Boulder County and Boulder Coronavirus Community Coping Crew are more recent, seemingly unaware of the long history behind the term. Others, like the Northern Colorado Mutual Aid and Defense (NCMAD) have been around for a while and have more explicit leftist political leanings.

“A lot of our problems that we’re facing and why this pandemic was sort of so uniquely able to disrupt our system is that we’re rather impersonal in our day to day. We don’t interact in our communities as much as we probably should.” — Michael with NCMAD

Two representatives from NCMAD — we’ll call them Emma and Michael, as they didn’t provide any identifying information “as a security precaution” — are encouraged by all of the recent enthusiasm behind mutual aid efforts.

“It’s wonderful to see no matter how small the group, how new the group or how inexperienced or whatever the factor is, it’s great to see all these groups popping up and taking charge of taking care of their communities,” Emma says. “Whether or not they really understand the whole identity or principle behind mutual aid, the principle is the same.”

Emma is an original member of NCMAD, which started in 2018 as a local chapter of the John Brown Gun Club, a far-left, anti-capitalist, anti-fascist movement that first started in opposition to the Tea Party movement in the early years of this century, but has solidified its presence since the 2016 election. The group is staunchly pro-Second Amendment, named after abolitionist John Brown, who thought slavery could only be ended through armed insurrection.

The Northern Colorado group quickly became autonomous, however, Emma says, to better serve the needs of their community. But what started as a means of providing free meals, food and supply distributions, and support to the community, has quickly shifted into a way to make sure everyone is accounted for as we collectively respond to COVID-19.

“A lot of our problems that we’re facing and why this pandemic was sort of so uniquely able to disrupt our system is that we’re rather impersonal in our day to day. We don’t interact in our communities as much as we probably should,” Michael says.

Mainly in charge of delivering goods, Michael says there really isn’t anything that hasn’t been requested through NCMAD’s online form, although most common requests are paper products and disinfectants — items everyone is having a hard time finding at this point. He says many of the folks he interacts with are surprised he even shows up, as most have lost faith in any sort of system to help.

Emma says NCMAD has responded to about 70 requests in recent weeks through formal channels. Tracking success is difficult within the operational structure of most mutual aid groups. But that’s beside the point.

“I know people that have been helped through it [and] if you help one person, then you did good, you did what the group was intended for,” White says.

Community connection is what organizers hope comes out of all this, and most say they want to continue these groups long after the pandemic has passed. Especially because the need will still be there. Michael says many people have asked if NCMAD will continue its efforts after the current crisis has abated.

“I think it’s something that a bunch of groups are starting to hopefully look into in terms of strengthening our preparation and mitigation long-term so that we don’t have this happen again where all of us are just scrambling at once to really affect our community positively,” Emma says.

As organizer with Mutual Aid Disaster Relief Cindy Milstein writes, “When we engage in mutual aid, we are gifting each other the beginnings of a new world, premised on reciprocal, voluntaristic and egalitarian social relations. We are collectively self-determining, self-organizing, and starting to self-govern how to supply each other with what we need as well as desire, all the while cultivating beloved communities of care.” She daily updates a directory of national resources, mutual aid groups around the country and other information on the Mutual Aid Disaster Relief website. The group, born in New Orleans following Hurricane Katrina, is a decentralized grassroots network of semi-autonomous working groups that have responded to a variety of disasters from the earthquakes in Haiti to Hurricane Maria in Puerto Rico and historic flooding in the U.S.

“You always see people just helping each other out, figuring out systems for getting people what they need and saving each other’s lives,” Spade says, about moments of crisis. “But mutual aid is not just for those kind of weather disasters or acute disasters. It’s also a strategy people are always using for the ongoing disasters of living in a racist society, living in society where people are very poor, in a society where people don’t have the health care or housing they need.”

The current crisis we find ourselves in has only exacerbated these inequities, and the hope is this moment is not lost on those of us who haven’t had to face this reality before.

“Boulder is a super privileged place and there’s so much capacity here to take care of every single human being,” Duffy says. “Mutual aid is a recognition that our basic human dignity, what a community should and could be is a way of making sure that no one is left behind and no is forgotten. It’s embodied in recognizing our interdependence, that we have to take care of each other, and we are only as resilient as the most vulnerable in our communities.”