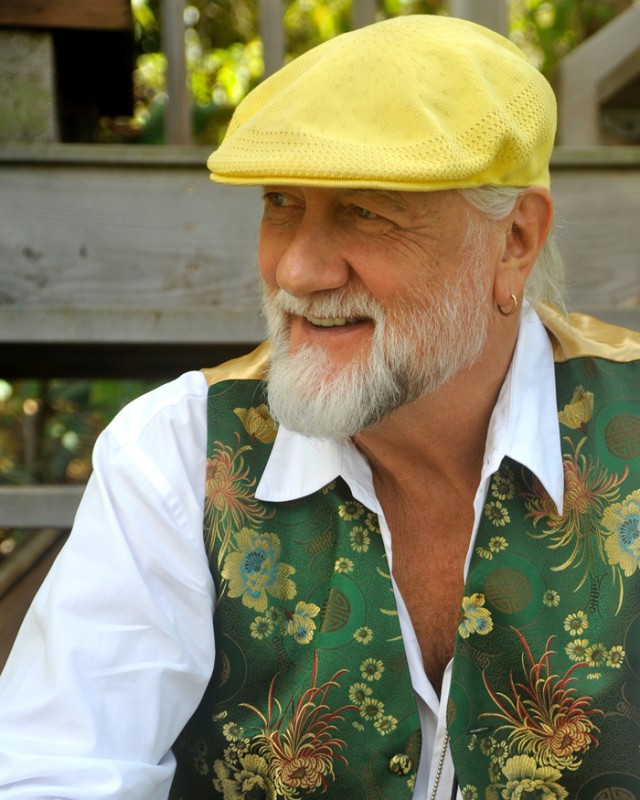 Mick Fleetwood is mostly known for co-founding and drumming in the legendary band Fleetwood Mac. But between tours, Fleetwood is putting down the sticks and picking up the camera. His new show, Reflections, will be at the gallery Fascination St. Fine Art in Denver through December 31.

Fleetwood’s interest in photography started with his father, who was in the Royal Air Force. As a child, Fleetwood’s family traveled around the world, and he says his father was constantly taking pictures to document their trips. But it wasn’t until Fleetwood Mac started to take off that his interest grew deeper.

“When I stared rockin’ and rolling, I remember John McVie [the band’s bass player] was always keen to take photos,” he says. “Once we started earning a little bit of money, John was the first guy in the band to buy himself a really cool camera. And I immediately went, ‘Well if he’s got one, I need one.’ “I became the annoying family photographer in Fleetwood Mac. I took photos of everything, anywhere and anything, and I still have thousands of shots of everything we did in the band.”

Fleetwood started to notice the difference between McVie’s calculated and thoughtful approach to photography and his own tendency to photograph everything. Slowly, Fleetwood says, he started becoming more artistically involved in his photos and actually thinking about the picture he wanted to take. He began to deliberately try to create beautiful photos instead of stumbling on a great one.

“I would take loads of pictures,” Fleetwood says. “Of course, by the nature of you doing that, you’d blunder into a great photo. But I prefer to feel that I somewhat created a framework that I can take responsibility for. The creative process behind the photo sucked me in. I felt I found a way to express myself other than banging drums.”

Fleetwood’s photographs are mostly still-lifes of nature and watching Mother Nature unfold, as he says. The images include experimentation with color, composition and exposure. One of his inspirations is Ansel Adams and his ability to create photos that look like paintings using balance and depth of field.

He shoots on a Contax camera he’s had for more than 20 years. He occasionally uses a digital camera, but he says he’s more comfortable with film and that he likes the extra texture it adds. While he says shooting digitally is tempting, it’s the finality of film that really appeals to him.

“Film disallows you to stream off hundreds of shots,” he says. “It makes you work a little harder to get it right. I like the drama of that. It begs you to make a commitment. Crash or burn, you don’t find out you got it wrong until you take it home. I’m trying to connect with that old school approach.”

After having performed for years in a mega-successful band, Fleetwood says there aren’t major differences in photography and music. In fact, the journey of creating the right photo or song are very much alike. They both involve stages of construction.

“It’s a process starting with an idea, going back to the idea, adding to the idea, disregarding it for a while, and then coming back to it,” he says. “So I create my picture by thinking, ‘I like that valley I saw the other week. Now I’m going to go back and try to take a picture of that tree with that hill. Oh, it looks like a painting! No, it doesn’t.’

Then I’ll start the process over again. The end result is like music where you end up with a song, then you buff it out and you fix it. Mixing a song is like developing a photo.”

The progress of a photo can be quick like a snapshot or labored over. He compares it to his bandmate’s songwriting.

“There are songs that just come to you,” Fleetwood says. “I think ‘Songbird’ came to Christine [McVie] in minutes. It’s almost like taking a picture of a race car. But then there’s songs that she or Lindsey [Buckingham] spent weeks and months on. You put it away, then return, like a painting.”

Fleetwood says the name Reflections is both literal and figurative, that the show is about self-evaluation, the journey he’s been on and where he’s going. This makes sense considering Fleetwood’s favorite subject to photograph is open-ended.

“I like taking shots of roads that appear to be going nowhere,” he says. “I will always be looking for a pathway or a road that says something to me and which is somehow involved in my world. I think it’s about the path we all take. I always like to get reminded of that.”

Fleetwood will be visiting Fascination St. Fine Art December 11. RSVP for the reception at info@fascinationst.com or by calling 303-333- 1566.