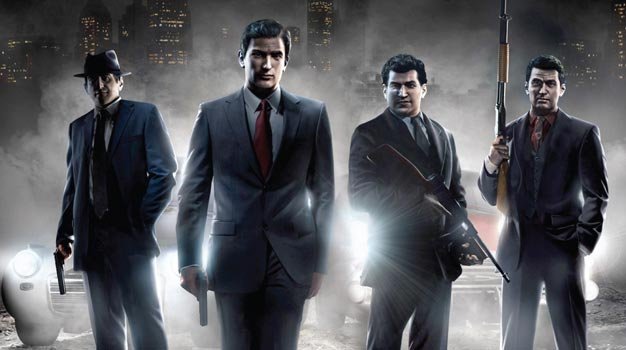 The original Mafia game, Mafia: The City of Lost Heaven, was a story that took place in the 1930s, when the bootlegging of alcohol ruled the streets. In Mafia II, we move up to the 1940s in the midst of World War II and the mob still looking for ways to make money now that the Prohibtion era has been over for years.

You play as Vito Scaletta, a second generation Italian immigrant and World War II veteran. Vito comes home to Empire Bay, a city inspired by New York City, where his mother and sister are struggling to survive. Desperate to find a job and a way to make money fast, Vito runs into an old buddy of his who is now running with a local crime family. As little Colangelo said in the movie, A Bronx Tale, “the working man is a sucker,” Vito opts for the life of crime as opposed to working for slave wages at a local dock.

The game is setup similar to an open-world game like the Grand Theft Auto series. You’re given a mission and you go complete it. It starts with simple things like stealing cars or whacking a mobster to bigger operations that end in shootouts. But even though the game is set up as an open-world environment — you can drive anywhere at any given time, go shopping for clothes or guns or just hang out and listen to all the radio stations — the game is very linear. There aren’t any side missions, no secret items hidden in the streets or random conversations with strangers on the street. You basically do your mission, get the cut scene and keep it moving. For most this would pose a problem, but the story is so intriguing and immersive, you don’t mind getting to the next cut scene to see what happens next.

The voice acting is great, the animation is superb and the if you’re a fan of any of the classic mafia films like Goodfellas, The Godfather, or Once Upon a Time in America, you’ll definitely enjoy this one.Â