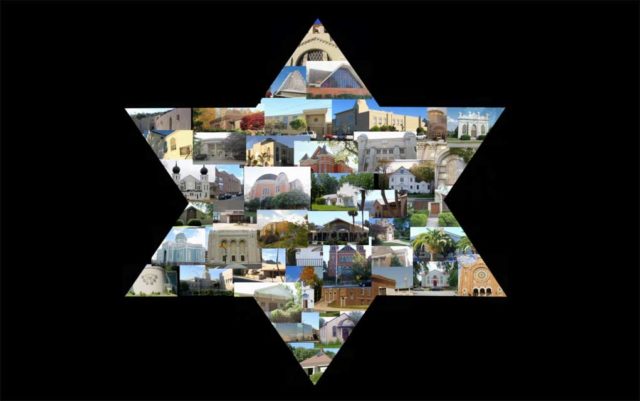 Until a decade ago, Rich Forer was a fervent supporter of Israel. Raised in a reformed synagogue in New Jersey with orthodox family living in the West Bank, how could he not be? But everything changed in the summer of 2006. As the second Lebanon War unfolded into a 33-day conflict between Israel and the paramilitary/political party Hezbollah, Forer grew increasingly distressed. He saw the latest conflict between Israel and its neighbors as further proof that his long-held beliefs were justified.

“I believed Israeli soldiers only killed if they absolutely had to, and that Israel treated everybody fairly. But the Arab world was pathologically hateful towards Jews and they just wanted to drive the Jews into the sea,” he says. “But these are all myths that people are brought up with in Israel and in Jewish communities around the world.”

After researching the conflict with more fervor than ever before, Forer was surprised by what he found. In addition to the atrocities committed against Jews living in Israel, he read documented accounts of human rights abuses committed by the Israeli military against the Palestinians by well-respected organizations like Amnesty International and Human Rights Watch.

“I was horrified by the things I was reading about what Israel was doing,” he says.

At this point, he had what he calls a spiritual awakening, an epiphany if you will.

“I transcended my limited identity as a Jew and rediscovered my common humanity or my common identity with all people,” he says. “Fear was replaced by compassion. And confusion, which always accompanies fear, was replaced by clarity. Ever since then, I’ve advocated equal rights for all people, not just some people, because it’s the only path to peace. It’s the only path that will save the Jews and the Palestinians. “

Forer’s story of transformation is one of 24 similar stories of Jewish Americans of all ages from all over the country captured in filmmaker Marjorie Wright’s 2016 award-winning documentary Jews Step Forward.

Wright experienced a similar transformation herself during the first Intifada in the late 1980s. As a movement of Palestinian uprisings and protests challenged Israel’s occupation of Gaza and the West Bank, Wright too began researching diligently.

“Just like all of the individuals interviewed, at a certain point [I] said, I need to inform myself, I need to read about this, I need to know more than what is the general socialization,” she says.

What she found was a growing, although still controversial, movement within Judaism questioning America’s status-quo support of the state of Israel. Through personal narratives of transformation, the film challenges Jewish Americans to consider alternative narratives to the Israel/Palestine conflict in an effort, Wright says, to protect both the future of Israel and its Jewish citizens.

“It’s not that they’re against Israel, but they are certainly questioning the direction the leadership is taking Israel; it is not in the direction of long-term survival and productivity,” she says. “Sometimes, [even] in this country, we have leaders that are not taking us in a good direction and not everyone has to remain silent.”

Several of the people featured  in the film run their own organizations promoting peace between Israel and Palestine, while many have written books about the subject. Some are doctors, others lawyers, professors, journalists and activists. Two women, both of whom passed away in 2016, were Holocaust survivors.

“They all have a strong Jewish identity and that identity is anchored in universal human rights,” Wright says. It’s what she calls tikkun olam, a Jewish religious principle meaning “to mend, heal and transform the world” that demands social action.

“This is how these individuals view their Judaism and their responsibility,” Wright says.

But speaking out against some of Israel’s actions isn’t about prioritizing Palestinians over Jews as some have criticized, Forer argues.

“The way people talk about this subject is very confusing,” he says. “If someone criticizes Israel’s violation of human rights and simply wants Israel to comply with international law or simply expresses concern for the lives of Palestinians, they are considered pro-Palestinian and anti-Israeli. And what I’m saying is, I’m no more pro-Palestinian than I am anti-Israeli. I am pro-human rights and anti-oppression, that’s all.”

Although their position remains controversial among Jews and Israel supporters, with screenings of Jews Step Forward around the country, Wright and Forer seek to start a conversation that they hope will lead to lasting peace.