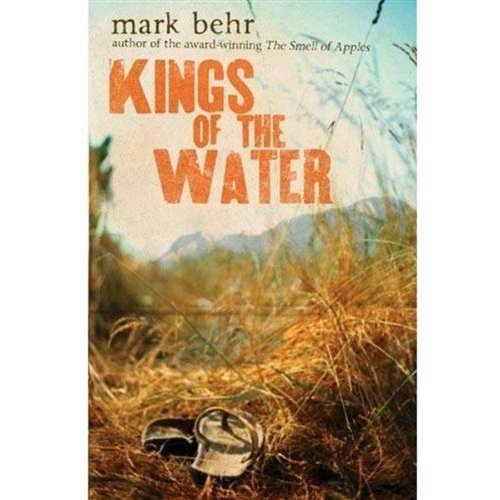 In Santa Fe, I had a chance to hear 46-year-old College of Santa Fe (CSF) Professor Mark Behr, a Tanzanian-born novelist and essayist, read from his new book Kings of the Water at the O’Shaughnessy Performance Space on the CSF campus.

Behr’s third novel, recently released in England and soon to be published in the United States, deals with a man in his 30s named Michiel who embarks on a solo journey from San Francisco to South Africa after 15 years away from his birthplace. Behr said he wishes to “allow other senses to eclipse sight in writing” but also has a larger goal of “marrying the political with the personal.”

Raised in South Africa, Behr, who served in the Angolan War, claims that he didn’t hear the name Nelson Mandela until he was in his early 20s, although he’d studied history in South Africa. Thus, the sense of guilt, responsibility and reconciliation inherent throughout Kings of the Water is not at all unfamiliar to the writer, who splits his time between Santa Fe and South Africa.

Fellow CSF writing instructor and poet Matt Donovan, author of the 2007 collection Vellum, introduced Behr by calling Kings of the Water a “fascinating and wonderfully complex book” that affects “how our own subjective gaze informs the way we perceive.”

Humble in an electric-blue fleece, light blue t-shirt and dark cap, Behr effectively and emotionally shared a delicate passage from Kings of the Water in which Michiel tends to his sickly father, bathing him with a “simmering disdain.” What the protagonist envisioned as a “final showdown” he felt “lured to” becomes a tender and vulnerable episode; expecting to confront his historically angry and abusive father, Michiel instead helps his father out of a wheelchair and proceeds to scrub his father’s naked body while intermittently berating him for past behavior.

How Behr deftly and intricately described Michiel’s simultaneous sentimentality, fury and disgust, wanting to cover his ears rather than listen to his father’s near-death wheezing, began to reveal why he’s such a celebrated author, whose works have been translated into 10 languages.

“You have grown too old for me to get back at you,” Michiel wishes to (but cannot) tell his father while bathing him in this scene, which Behr called “the child becoming a father.” The author displayed his progressive talent for bringing people, places and things alive in writing without directly telling readers what they might look like.

“Does redemption exist?” Behr mused near the end of the reading. “I don’t know that redemption is possible … especially in one’s lifetime.”

He said the title Kings of the Water alludes to “the foolishness of trying to control something as fluid as everything,” and many darkly beautiful lines from the novel prove the depth of his intentions as an artist.

Although Behr commented that one magazine has already panned Kings of the Water as “so bad it will put people off reading forever,” it’s clear that what Donovan called the book’s
“redemptive beauty and pastoral grace” will help make it even more
successful than the equally enlightening and disturbing The Smell of Apples and Embrace, Behr’s first two novels. Subject matter in Kings of the Water intricately
and honestly traverses religion, abortion, sexuality, xenophobia,
terrorism and more. For young people looking for an angsty but sharply
intelligent and world-wise character to identify with, or perhaps
adults for whom the holidays brought up family issues as usual, Kings of the Water should be one of the best reads of the new year.