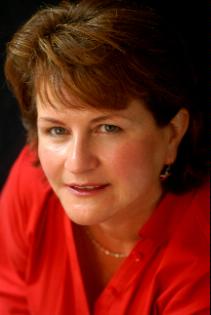 After 18 years of working the same job, most of us might
consign ourselves to our workaday fate. Not Christy Reece. When she realized
she didn’t enjoy her job, she decided to do something about it. She sat down
and wrote a novel and then another and another.

Now she’s a successful author with four titles to her name,
an up-and-coming star in the world of romantic suspense, a hybrid genre that
combines romantic fiction with elements of a thriller.

Boulder Weekly tracked Reece down at her home in Alabama and
talked to her about her books and the courage it takes to walk away from your
job and start a new career.

Boulder Weekly: Tell
us a bit about your background and how you ended up writing romance.

Christy Reece: I’m a
southern girl, born and raised in Alabama. I grew up reading everything I could
get my hands on. True story: I was grounded once from reading. I didn’t want to
do my schoolwork… I just wanted to read!

I graduated from the University of Memphis with a degree in
social work and did what every college graduate does who has no clue what she
wants to do. I took the first job I was offered. And there I stayed…for 18
years at an insurance company. It was a great company and a good job, but I
realized I had no passion or love for my career. It was a job, nothing more.
Yes, it only took me 18 years to figure that out!

After much soul searching, prayer and discussions with my
husband, I left my job without any clear idea what I would do. I just knew
there had to be more. While I pondered my future, I read voraciously. My former
career had prevented me from reading as much as I wanted.

I’ve read various genres through the years, but kept coming
back to romance. I love the optimism, the passion … the beauty of falling in
love. Characters and story lines have always run through my mind. Occasionally
I would write a chapter or two, but had never tried to finish anything. In
2001, I issued myself a challenge: Complete a full manuscript. And in May 2002,
I achieved that goal. One of the best feelings in the entire world! And it
created an obsession. Once I got started, I didn’t want to stop.

BW: What drew you to
romantic suspense as opposed to historical or paranormal romance?

CR: Romantic
suspense has always been my preferred reading choice. I love historical and
some paranormal, but romantic suspense just seems to be a natural fit for me.
The television dramas I watch are suspenseful, the movies I enjoy usually have
an element of suspense. Heart wrenching emotion blended with the blazing
passion of two people falling in love combined with the thrill of danger — my
idea of a perfect read!

BW: Are all of your
titles part of the same series? Tell us a little about them.

CR: Yes, all six
books are a part of the Last Chance Rescue series. Each book is a stand-alone
title and one or both of the main characters are employed by LCR. Every
storyline involves a rescue and while the hero and heroine are working toward
saving victims, they’re falling in love. Or in the case of No Chance,
falling back in love.

BW: What inspired
the Last Chance Rescue Enterprises, the organization around which your books
center?

CR: It began with a
wish. We had a high profile disappearance of a young girl here in Alabama and I
so wanted an organization like Last Chance Rescue to exist. Thus, LCR was born:
Highly trained mercenaries with one priority and purpose, to rescue victims.
With worldwide connections and a phenomenal success rate, LCR operatives find
and rescue victims when all other avenues have been tried and failed. They do
whatever it takes, no matter the cost, to rescue the innocent.

BW: What would you
say your heroes have in common? Your heroines?

CR: Most of my
heroes and heroines have been tortured or hurt in some way. LCR is composed
almost entirely of damaged people who, having been in the midst of hell, have
an extra incentive to rescue others from their hell. My heroes are strong,
compassionate, stubborn, courageous and often very arrogant. When it comes to
the women they love, they’re protective, passionate and totally devoted for
life.

My heroines are a blend of kick-ass heroism, delicate
femininity, spines of steel and touching vulnerability.

BW: Your books are
very sensual. Do you find writing sex scenes to be fun or hard work?

CR: It depends upon
the characters. I find it very hard to write a love scene if I don’t know the
characters and what makes them vulnerable. I see each love scene as an
advancement of the story and the developing relationship. The hero and heroine
may not be in love with each other yet, but subconsciously they recognize their
mate. I love revealing who the characters are within the framework of a love
scene. So, yes and yes. They are fun and they are hard work!

BW: You’ve been
compared to Cherry Adair, a name familiar to any fan of romantic suspense.

CR: An incredible
compliment, but also very daunting. She’s a wonderful writer and that kind of
praise, though most welcomed, is always scary. The reader might expect an exact
replica and be disappointed when they realize there are differences. But it is
a tremendous honor to have that comparison made.

BW: You are one
prolific writer, Your first romantic suspense, Rescue Me, was
released in April 2009. Now, on Feb. 23, your fourth book, No Chance, is about to hit bookstores. By the end of this
year, you’ll have six romantic suspense titles on the shelves. How do you stay
inspired and productive?

CR: Contracts and
deadlines are my inspiration. As long as my publisher asks me to write, and I’m
able to, that’s what I want to do. Having discovered the career later in life
than some, I want to write as many as possible!

BW: Your latest
release, No Chance, came out on Feb. 23. Tell us about it.

CR: No Chance
is a reunion romance, which is one of my favorite themes. Gabe Maddox and
Skylar James met when they were young, fell in love and rashly married. Days
later, they were torn apart. Eight years pass and though they’re still married,
they haven’t seen each other in all that time. When a young friend of Skylar’s
goes missing, she goes searching for her and ends up abducted. Gabe is an
operative for Last Chance Rescue and he’s the one assigned to rescue Skylar.
Putting aside the anger and pain he still feels, he embarks on her rescue.

There are a lot of surprises and secrets within the story. I
love reading books where the story goes in a direction I never anticipated. I
try to do that in my own writing.

BW: Do you have a
favorite book? Is there one that was more difficult to write than the others?

CR: Like every
author, I’ve loved every book I’ve written. However, if I absolutely had to
choose a favorite, it would have to be No Chance, which was the
first book in the series. Not only was it my first published book, I found my
author’s voice while I was writing it. So many of those pages in that book are
me discovering myself as a writer.

Though none were easy, one book in each trilogy has been
more difficult than the other two. In my first trilogy, that book was Run to
Me. My heroine went through some horrendous
events, I put a secondary character through hell, and my villain was off the
charts evil. By the time I finished, I was physically exhausted. In my upcoming
trilogy, Second Chance was the most
difficult. Both main characters are tortured in their own way, my villain is
sick and twisted and some of the secondary characters are just plain mean, with
few redeeming qualities. By the time that one was finished, I was emotionally
drained.

BW: What are you
working on now?

CR: I’m working on a
new Last Chance Rescue trilogy, scheduled to be released spring/summer 2011.
Each book will have characters who were secondary characters in this year’s
trilogy. Haven’t announced the titles yet, but I’m working on the synopses and
the ideas are percolating!

For more information on Christy Reece and her books, go
to www.christyreece.com.