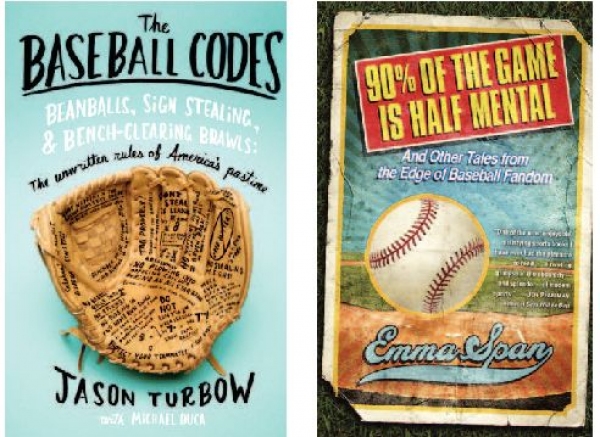 Although the team is currently struggling just to hover near .500, not much in Colorado says “summer” like the Rockies. With a great downtown ballpark in Denver, stellar starting pitching and exciting young hitters, the reigning NL Wild Card qualifiers perennially succeed at keeping pro sports, despite the eight- and nine-figure salaries, a genuine pleasure — unless, of course, you’re from someplace else (as many Boulder-area folks are) and feel compulsively moved to root for a team that unequivocally sucks.

Take my hometown Pittsburgh Pirates, for example. Rockies Hall of Fame-candidate Todd Helton, owner of an impressive career batting average of .327 (all with Colorado), makes almost $18 million a season — roughly half the total cost of the Pirates’ entire 2010 roster. And last year, as the Rockies made the postseason, the excruciatingly frugal Pirates clinched the all-time professional sports record for consecutive losing seasons with 17.

Still, there are ways to brighten the annual bummer of unflinchingly following the team one’s family has embraced, for better or worse, for generations. This spring, two exceptional new books on baseball have touched me in distinct manners.

The first, Emma Span’s 90% of the Game is Half Mental And Other Tales from the Edge of Baseball Fandom, is a subway-fast delineation of one young woman’s dyed-in-the-wool journey from over-the-top New York Yankees and Mets fandom to Yankees and Mets beat reporter and back again.

Span covered New York baseball for Village Voice, which afforded her access to New York locker rooms crammed with athletic millionaires who, quite often, happened to be naked.

Despite Span’s vile subject matter — anyone who wants to read about Alex Rodriguez or Derek Jeter must either be from New York or suffering from a head injury — and penchant for long-winded diatribes about the intolerable jobs she had before becoming a sportswriter, Span reveals that she knows baseball and can write in an intelligent, captivating manner.

That said, the best quote from 90% of the Game is Half Mental, Span’s first book, is actually from longtime New Yorker contributor Roger Angell — now almost 90 years old — who is quoted as answering the question, “Why does anyone care whether a multimillionaire uses a stick to hit a small ball past other multimillionaires?” with the following tear-jerker:

“Caring — caring deeply and passionately, really caring — [is] a capacity or an emotion that has almost gone out of our lives. And so it seems possible that we have come to a time when it no longer matters so much what the caring is about, how frail or foolish is the object of that concern, as long as the feeling itself can be saved.”

Which brings me to The Baseball Codes, by Bay Area sportswriters Jason Turbow and Michael Duca, who transport readers to a time when baseball players deeply and passionately cared. Not just about earning eight- and nine-figure salaries — or even, perhaps, about winning for the sake of winning — but also about the sacred, unwritten rules of the game, which used to be a whole lot more sacred.

Among countless others: Always run out a ground ball or pop-up. Never run for extra bases when your team is winning in a blowout. Never rub the spot where you were just hit by a pitch. And never, ever bunt when your team is well ahead with just a few innings left.

Speaking of bunting while your squad is in control, perhaps the most incredible baseball tale included in The Baseball Codes involves former Washington Nationals utilityman Robert Fick, forced to start at catcher against the Giants in 2007 due to rampant injuries and a fateful bunt.

With no other experienced catchers on the roster — Fick had caught 132 games over eight unspectacular big-league seasons — then-Nationals manager Frank Robinson was forced to start Fick, who promptly tore rib cartilage while nearly being picked off first in the fourth inning. With his team leading 6-1 in the fifth, Fick was forced to come to bat, despite being physically unable to swing a bat, because no one else could play catcher.

Fick had no choice but to bunt with his team on the winning side of a burgeoning rout, which the unwritten rules of baseball say is punishable by beaning. The catcher’s meek attempt at a bunt went foul, and the next pitch by infuriated Giants starter Noah Lowry (unaware of Fick’s injury) painfully plunked him. Hey, Fick broke the rules. At least he never had to play for the Pirates.

But there’s something special about solidarity, respect and humility in sports that’s going, going and almost gone.

As Turbow and Duca write in The Baseball Codes, “It’s a self-perpetuation of the Code that invariably lights up someone in every clubhouse when he sees how powerful it can be.” Which is why 90-mph fastballs sometimes get hurled toward debilitated catchers.