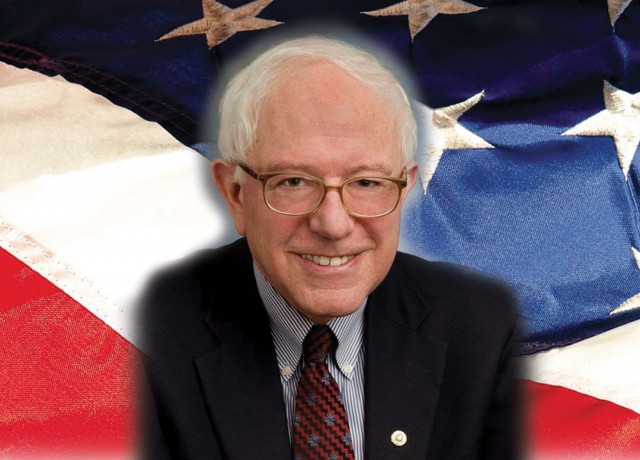 I don’t drive, but every time I bike or walk past a gas station I can’t help reflecting on the fact that the price Americans pay for one gallon of gas is literally more than Exxon Mobil Corp. pays in taxes. In fact, due to federal subsidies — as Jim Hightower reported in Boulder Weekly on May 12 — Exxon, which made more than $10 billion in profits during the first three months of 2011 alone, received a $156 million income tax rebate last year.

Vermont’s Bernie Sanders, the lone independent (and socialist) senator in America and author of the new book The Speech (Nation Books, $13), thinks it’s a crime to pass bills that ease tax rates for the most fortunate among us, especially when Congress doesn’t seem to be so much as proposing job-creation bills. Plus, the U.S. currently has the highest rate of child poverty in the industrialized world — we’re at 20 percent, Sanders notes, while the Netherlands is in second place at 9.8 percent — and more than 40,000 U.S. factories have closed in the past decade, so you’d think the focus would be on helping those in need.

“When we try to understand why we have a such a huge national debt [currently more than $14 trillion] and a $1.3 trillion deficit, it is also important to understand that many large and profitable corporations avoid virtually all of their tax responsibility,” Sanders says in The Speech.

Famously, on Dec. 10, Sanders stalled a vote on the deal President Obama had made with Republicans to extend tax cuts for the wealthiest 2 percent of Americans. One can see why the senator would be angry about Congress agreeing to extend these tax cuts: Passed by President George W. Bush in 2001, they helped turn the $86.4 billion surplus President Bill Clinton left Bush into the $1.2 trillion deficit Bush left Obama in 2009.

For eight hours, Sanders filibustered the extension of the tax cuts — which are taking place at a time when the richest 1 percent in our nation owns more wealth than the bottom 90 percent — by standing on the Senate floor and telling the sad truth about our country’s current fiscal situation. The worldwide rush to watch the live streaming video of the filibuster crashed the Senate television website, and Exxon was one of the targets the senator fired at the most. The Speech is the text of that historic filibuster.

“People say: ‘Oh my word, in order to deal with our deficit, we are going to have to cut back on Medicare and Medicaid and education. We cannot afford it,’” Sanders says. “I guess we can afford to allow Exxon Mobil, the most profitable corporation in the history of the world, to make huge sums of money and pay nothing in federal taxes. We can afford to do that, but we cannot afford to protect working families and the middle class.”

Alas, on May 17, a vote on ending nonsensical tax breaks for oil companies, whose profits are at an all-time high, was blocked by the Senate (ending the tax breaks would reportedly have saved $21 billion over the next 10 years). Yes, at a time when the middle class is quickly disappearing while the rich get richer and, as some have pointed out, one in five men between 25 and 54 is not working, America is blatantly giving special treatment to those who need the least help, something Sanders repeatedly pointed out in The Speech.

Even harsher words were saved for the financial institutions that are “lending out money to desperate Americans at 25 or 30 percent interest rates” while making record profits in part from the taxpayer-funded 2008 government loans they took for less than 1 percent.

“That, my friends, is called usury,” Sanders (who calls the CEOs of these companies “gangsters”) adds, “and according to every religion on Earth, that is immoral.”

Whether politicians who proudly identify themselves as god-fearing and then propose eliminating health care and other services for the elderly, sick and poor while calling a return to the tax rates of the ’90s “un-American” are hypocritical is a topic worthy of a separate

book. But what’s certain is that a bailout recipient like Wells Fargo, omnipresent in Boulder, will not offer citizens whose taxes went to keeping their business afloat a few years ago the same interest rate our government gave them.

How do I know? I went in and asked. First, a little back story: just after purchasing Wachovia Bank for $12.7 billion and reaping gigantic tax-code benefits estimated at $25 billion, the bank (our nation’s second largest) was given $25 billion in direct funds from the federal government with the use of our tax dollars. Two weeks after the controversial $700 billion bailout of financial institutions was passed by Congress, Wells Fargo released a statement explaining that funds accumulated by issuing stock and “the capital investment from the government … will enable us to finance the Wachovia acquisition.”

Though eight of the biggest banks — including Wells Fargo — fully repaid their government loans by the summer of 2009, neither Congress nor the treasury department required the banks to divulge specifics on how the San Francisco-based bank used the bailout funds. And it will be years before we know how much the government earns in interest from these financial institutions or what happens with those profits.

Still, I found it fascinating to walk into the Wells Fargo on 28th Street last week and ask for a loan with an interest rate of less than 1 percent.

A “personal banker” at Wells Fargo initially seemed confused by my request.

“Less than 1 percent? To tell you the truth, I don’t know if Wells Fargo offers loans at less than 1 percent,” that person told me. “The only form of credit where we offer an interest rate of less than 1 percent would be on a credit card, and it would probably be an introductory rate, not a rate you would have for the length of the account.”

“Would you consider a rate of less than 1 percent unfair?” I asked.

“I guess if it was a straight rule across the board, then, yes, because that’s the main tool that we use for making money,” the Wells Fargo employee said.

“If the bank ended up in debt and needed a loan, and asked for it from the taxpayers, do you think it would get it at less than 1 percent?” I asked.

“It’s possible,” the employee replied. When I asked why she thinks Wells Fargo enjoyed an interest rate of less than 1 percent from the government, the employee said, “I don’t think Wells Fargo needed the money. I think the reason that they took it was because Wells Fargo was purchasing Wachovia Bank, which was in trouble. I don’t know if I could say if it was right or wrong that it happened, but Wells Fargo is a strong company.”

I also asked a teller her opinion of the bailout on my way out of the bank.

“But if a person who owns a business wants a loan at less than 1 percent, they can’t get it from Wells Fargo,” I said.

“You can’t get a loan of 1 percent really anywhere.”

“Unless it comes from the taxpayers.” “Yeah, the money the government gave,” the teller told me. “They did it for all the banks. We paid ours back.

“The taxpayers, of course, pay the government, but the government did the bailout,” the teller concluded. “Taxpayers aren’t really involved.”

I agreed to disagree with that teller on that one, and then canceled my account with Wells Fargo in favor of opening one at a credit union (none of which needed a bailout, even though, unlike banks, their interest rates are virtually always legally capped at 15 percent). But clearly, at least one taxpayer was involved in the financial crisis — Wells Fargo CEO John Stumpf, who, thanks to the extension of the Bush-era tax cuts Sanders opposed, will receive a $318,000 tax break this year.