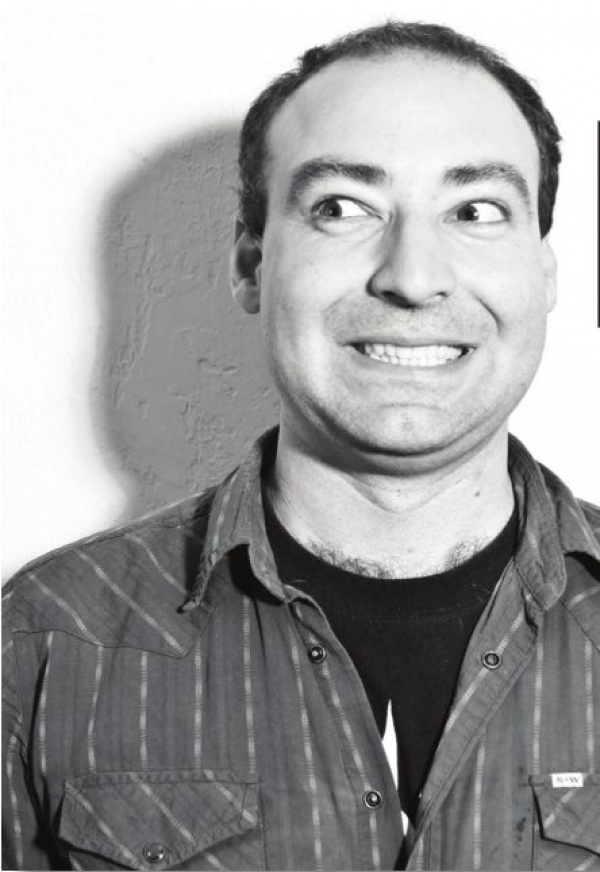 Of course I liked Secrets & Lies, a collection of short fiction written by Josh Gross. I like Josh Gross. We dated in college, hated each other until I was in graduate school, and then became friends. And there’s enough of him in those pages for it to feel, after reading a story, as though I’ve just had a conversation with him.

But part of what has made us friends, and keeps us friends, is that Josh is one of few people in the world who calls me on my bullshit. So I know he would let me get away with calling him on his.

I could write a review that was harsh, but honest, about the book he tried for years to get someone else to publish, and then ran an IndieGoGo campaign (to which I contributed enough to buy both a copy of the book and a karaoke song from him), and I’m pretty sure Josh would sigh and call me by the nickname few else are allowed and tell me he gets it. He just wishes I liked it more.

Were it really terrible, I would say so. But it’s not.

It’s his first published book, and like so many early works (and in some cases middle and late works), the stories contain a lot of threads of his life — in blended or mutated form. Stories that detail the narrator’s troubled relationships with his mother, or fights with ex-girlfriends, or the feelings that burst through after the death of a friend at times hit close enough to the heart for them to be squirm-in-your-seat awkward. And thoroughly enthralling.

He’s occasionally heavy-handed. He tells, rather than shows. (Had I edited the book like he’d asked me to there might be far fewer adverbs in its final form.)

These are typical mistakes, particularly in early writers, and some of these stories do date back years. They show the traits of an early writer — that wavering faith in your prose to carry the story if you say it in fewer words, rather than more. He may never be Raymond Carver or Ernest Hemingway, but his prose will certainly shed some weight in the coming years. It already shows pounds melting away.

His is a world where people live large. Where anonymous sex in the bushes and a random drive across the Oregon border into Washington have great and expansive meaning. His stories suggest he wants us to take a long look at the way we live and the way we treat one another, the expectations we set for ourselves, and the dreams we build and then tear down.

At times the originality in his approach and his grip of humor writing knock the wind out of me. He takes risks — daring ones, bold ones. Like in “The Rise and Fall of the Wally Johnson Act,” which chronicles in terse terms the inception and implementation of a congressional act making it illegal to break someone’s heart. Or “Dead Air” (written over the course of a weekend for the Sledgehammer 36-Hour Writing Contest in Portland, Ore.), which recounts the trials of a surly, often-drunk television news station janitor dealing with the prankster ghost of a former news anchor and finishes with a flourish to leave you laughing and shaking your head.

The pacing of the stories alternates. An exploration of human relationships in which the primary action, aside from two kisses, occurs outside the story, leads into a quickly moving story about a man who fakes his own death to escape his student loans and medical bills. Similar to the compressed space in Tobias Wolff ’s “Bullet in the Brain,” all of the action in “Debate is a Many-Splendored Thing” occurs in the flicker of memories between the phrase “I love you” and a carefully measured response.

His characters are ones you become immediately immersed in. They’re people who have struggled and flailed and fallen down and pulled themselves back up.

The collection is not without typos.

There may even be factual errors. (Will a $200 fake ID really be enough to get you on a plane to Argentina?) But as an early work by a writer who has demonstrated his determination to stick around, and as a collection of freshly contemporary fiction that engages with who we are and how we live now, it’s well worth the investment. Even if not every reader can get a karaoke serenade along with the ticket price.