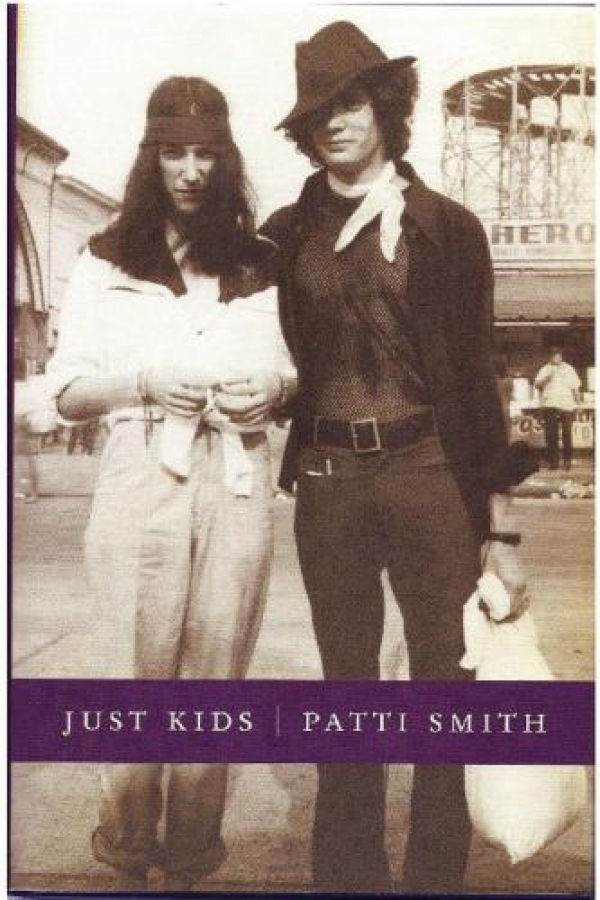 Today, Patti Smith — widely considered the godmother of punk — is a Rock ’n’ Roll Hall of Fame inductee, a Commander of the Ordre des Arts et Des Lettres in France, and an acclaimed author whose fascinating new book, Just Kids, is a recent National Book Award winner and has been atop the New York Times best-seller list for paperbacks since last fall. In July of 1967, however, Smith was just another starving 20-year-old hippie sleeping on a stoop in Brooklyn.

Born in Chicago in 1946 and raised in unremarkable slices of Pennsylvania and New Jersey, Smith — wearing an old grey raincoat and carrying a copy of 19th century French poet Arthur Rimbaud’s Illuminations — had taken a one-way bus from Philadelphia to New York with about $30 in her pocket and no promise of a job or a place to live. One year later, Smith and her new companion in art and love, the photographer Robert Mapplethorpe — whom she’d met that first day in Brooklyn — fled their New York apartment in the wake of a brutal murder outside their door.

Mapplethorpe’s gums were abscessing, and he was showing signs of gonorrhea. The talented but penniless couple checked into a crummy motel on Eighth Avenue in Manhattan called the Allerton, the kind of place where — as Smith writes in Just Kids — “half-naked guys [tried] to find a vein in limbs infested with sores” and the pillows were covered in lice. Mapplethorpe and Smith made love just to draw sweat from Robert’s shivering body, and at dawn a toothless junkie — who Smith calls a “morphine angel” — helped the art-obsessed couple flee the Allerton without paying the bill. Portfolios in hand, the artists’ next stop was the Chelsea Hotel, where hotel manager Stanley Bard had a history of giving rooms based on the artistic brilliance of his typically cash-strapped tenants.

Soon Mapplethorpe and Smith were inhabiting Room 1017, the smallest in a now-legendary building that then featured residents including Harry Smith, William Burroughs and Johnny Winter, not to mention constant visits by big-time pop stars such as Janis Joplin and Leonard Cohen. The rest, as they say, is history.

Just Kids, beyond its chief role as perhaps the definitive book about young lovers inspiring each other while struggling just to survive, confirms the wisdom in the age-old axiom, “Who you know gets you there; what you do keeps you there.”

“There,” in Smith’s case, was among the most iconic poets, musicians and painters in 20th century America. In New York, she befriended icons like Joplin, Jimi Hendrix, Allen Ginsberg and many others, wanting nothing more than connection but slowly becoming a bona fide star herself.

Smith wrote record reviews in Creem Magazine in order to sell the free records for food money — the unfortunate routine of many music critics even today — and wrote intensely passionate poetry energized by Bob Dylan, Rimbaud, William Blake and the darkly sexual mosaics Mapplethorpe was creating. She dined and partied with New York’s elite artists and, encouraged by friends who had urged her to read her poems aloud (to considerable success), finally put her words to music in front of an audience on Feb. 10, 1971, at St. Mark’s Church on the Lower East Side.

Lenny Kaye added guitar accompaniment and young poet Anne Waldman, just a few years before co-founding the Jack Kerouac School of Disembodied Poetics at Naropa University in Boulder, provided a stirring introduction. Horses, Smith’s game-changing debut album — No. 44 on Rolling Stone’s 2003 list of the 500 greatest albums of all time — was not released until 1975. But Feb. 10, 1971, at St. Mark’s Church represented the proverbial “shot heard ’round the world” for not only punk, and not only women in hard rock music, but also arguably the first earnest juxtaposition of poetry and pop, Jim Morrison and Bob Dylan be damned.

Looking back almost exactly 40 years later, Waldman — still a Naropa stalwart — calls Smith’s musical debut at St. Mark’s Church “a signature blast from a raw talent who even then conveyed both a penetrating orality and palpable vulnerability.” Waldman, who remembers Smith that night as “being modest and a little nervous, but confident too,” is co-hosting an anniversary benefit of Smith’s legendary 1971 performance next month at St. Mark’s Church. She calls Just Kids “a magical journey, somewhat like a tale by the French novelist Honore de Balzac in scope. The classic story of the young artists coming to the big city to seek their fame and fortune.”

“It’s beautifully written,” Waldman tells Boulder Weekly, “deeply moving, honest and visionary. And it’s a wonderful source of belletristic history, including portraits of some of our counter-cultural greats — Ginsberg, Burroughs, Harry Smith — who all have a history, by the way, at [Naropa].”

Before checking into the Chelsea Hotel that night in the summer of 1968, Patti Smith and Mapplethorpe had nothing but passion, talent and grit — and in Mapplethorpe’s case, a venereal disease. Both became internationally renowned artists due to their visionary creativity and unstoppable drive in the early ’70s.

Mapplethorpe passed away in 1989 due to complications related to AIDS, but his photographs — such as the iconic cover of Horses — are gaining more admiration by the day. In 2006, a Mapplethorpe print of Andy Warhol sold for $640,000. And without his substantial inspiration, Smith may well have remained another hippie on the streets of New York.

Instead, Smith has released 10 albums and more than a dozen books of poetry, paving the way for female rockers such as Exene Cervenka, PJ Harvey, Ani DiFranco, Kathleen Hanna, Karen O and countless others.

“Patti remains relevant because she has a bead on this crazy war-mongering culture and a wisdom eye and voice that is expansive, imaginative and generous — and true,” Waldman concludes. “And she keeps Blake and Rimbaud alive in her psyche. She’s tracked and metabolized the desires and aspirations of several generations of seekers through her poetry and performance, and now this memoir.”