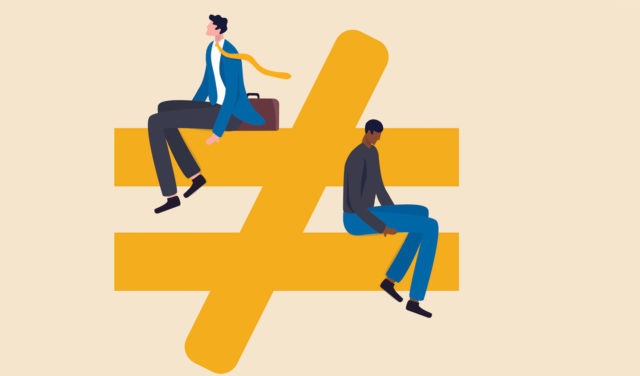 Despite sub-zero temperatures — because of them, actually — protesters gathered outside Brooklyn’s Metropolitan Detention Center in early February 2019. Inside, inmates also braced against the cold as a multi-day power outage left the jail with poor heating, little to no hot water and no lights in some cells. Legal and family visits were abruptly canceled, but jail administration publicly claimed everything was fine.

To the protesters and others around the country, it looked like another story of inhumane conditions at a correctional facility mostly populated by people of color.

On Twitter, Christian entrepreneur Dana Chanel posed a suggestion (if not to the immediate situation, to the larger issue):

In a comment to Atlanta Black Star, Imani elaborated: “Prisons aren’t a fast food franchise. Private prisons profit off the cheap labor of Black and Brown men funneled into cells via a structurally corrupt and morally deficient criminal justice system. Black abolitionists fought for the abolition of slavery, not for their rights to enslave other descendants of Africa.”

To her credit, Chanel certainly isn’t the first person of color to suggest black ownership as an answer to injustice. In the wake of Nipsey Hussle’s death in early 2019, Jay-Z, Corey Booker and Issa Rae all echoed the L.A. rapper/entrepreneur’s mission to “buy back the block.” Since the deaths of Ahmad Arbury, Breonna Taylor and George Floyd this year, well-meaning white people have put their money where their mouths are, supporting black-owned businesses and donating to social justice organizations.

The end goal is the same: equality. But is the methodology right — can capitalism balance the scales of racial justice in the United States?

Scholars and activists have argued for decades — back to at least Frederick Douglass — that it can’t.

“We are ready to grant that the condition of man … renders a degree of acquisitiveness necessary for the security of life,” Douglass wrote in an 1856 essay. “But is it just to plead this moderate degree of accumulation … in justification of the unlimited hoarding of wealth, and monopolies of land, which has converted the entire civilized world into an abode of millionaires and beggars; which renders the enslavement of the peoples of the world possible, and shrouds the future of liberty with gloom?”

“Poverty, the natural consequence of wealth unduly accumulated,” he wrote, “plays its part in the drama of national degradation.” Humanity could be satisfied with only what we need to live, Douglass argued, but capitalism creates a never-ending treadmill of desire and exploitation.

Natalie Avalos, a professor of Native American and indigenous studies at CU-Boulder, says you can’t separate colonialism from capitalism from white supremacy.

“In order to really dismantle this colonial apparatus, and white supremacy as an economic model more largely, you really need to completely redistribute wealth and resources and create systems that are no longer contingent on that white supremacist hierarchy,” she explains. “That means completely upending the kind of discourse that says philanthropy is beneficial, and even nonprofits are beneficial, because that [kind of investment] doesn’t fundamentally change the structures of power.”

In May, Aaron Ross Coleman took to The Nation to dismantle the notion that American capitalism could raze inequality. The power structures Avalos speaks of have been in place since colonial settlers dispossessed indigenous inhabitants of their lands and justified it with “manifest destiny.” The same rationalized racism hampers non-white businesses to this day.

“Battered by higher insurance prices, hammered by stingy investors, pummeled by exclusive supply chains, assaulted by recessions, thrashed by exclusionary regulators, pounded by an intergenerational wealth gap, a hobbled community of marginal black worker-entrepreneurs must compete with American monopolies and oligopolies like Amazon and Walmart, flush with cash and bolstered by lobbyists,” Coleman writes.

Policies like opportunity zones, first conceived by presidential candidate Richard Nixon during his 1968 campaign, have been deployed by every presidential administration since as a way to empower and reform “distressed” neighborhoods through capitalism.

“‘Distressed,’” Mehrsa Baradaran wrote in an op-ed for the New York Times, “because of forced racial segregation backed by federal law — redlining, racial covenants, racist zoning policies and when necessary, bombs and mob violence. These areas were black ghettos.

The tax bill President Donald Trump signed into law in 2017 created an opportunity zones program that Trump promised would provide “massive incentives” that would “draw investment into neglected and underserved communities.”

“Instead of meaningful reforms,” like reparations that could actually close wealth and education gaps, Baradaran writes, “the ghetto would get entrepreneurs.”

And indeed, entrepreneurial celebrities like Nipsey Hussle have benefitted from opportunity zones; in Hussle’s case, by partnering with other wealthy celebrities (like the rapper T.I., based in Atlanta) to, in Coleman’s words, “build a network of ‘tax advantaged’ businesses in low-income neighborhoods” around the country.

“[After his death], many publications recounted how Nipsey’s businesses touched the lives of Los Angeles residents and provided a lasting sense of community and ownership,” Coleman writes. “And yet it’s difficult to separate programs like Opportunity Zones that assist high-profile black entrepreneurs like Nipsey ‘to buy back the block’ from the cynical policies of politicians like Trump who ruthlessly undermine plans promoting systemic racial justice.”

These programs ultimately fail, writes Baradaran, “because the benefits of capitalism always accrue to the owners of the capital, not to the people living in enterprise zones or promise zones. Using capitalism to fix the racial wealth gap will work only if there is a means to transfer capital, assets, wealth or housing.”

Avalos argues this doesn’t mean that Americans shouldn’t use the tools at their disposal to help communities of color immediately, much like many well-meaning white people are currently doing by supporting black- or indigenous-owned businesses or making direct donations to social justice organizations.

“But in the long-term we have to work towards dismantling the larger structure that continues to stratify society,” Avalos says.

“If we responded to racism and a deeply racist, stratified society as a pandemic — understood it as a pandemic — if we mobilized with that same intention and speed, we could transform our social world within months, within a year, within two years,” she says. “We could completely reconfigure the ways in which we understand wealth to operate and be distributed, and renegotiate relationships with one another. … A lot of folks in the United States don’t understand what democratic socialism looks like, but I think that’s intentional. American education systems don’t expose you to these other ideas because it keeps you assimilated into very limited options. Let’s get out of the scarcity mentality. We have all the resources we need. This is why it’s so powerful when some of these progressive politicians like Ayanna Pressley and [Alexandria Ocasio-Cortez] say, ‘Let’s redirect funds from the Pentagon to housing and food and education and health care.’ These are all things we can have if we choose and decide to have them.”

But first, we have to stop choosing capitalism.