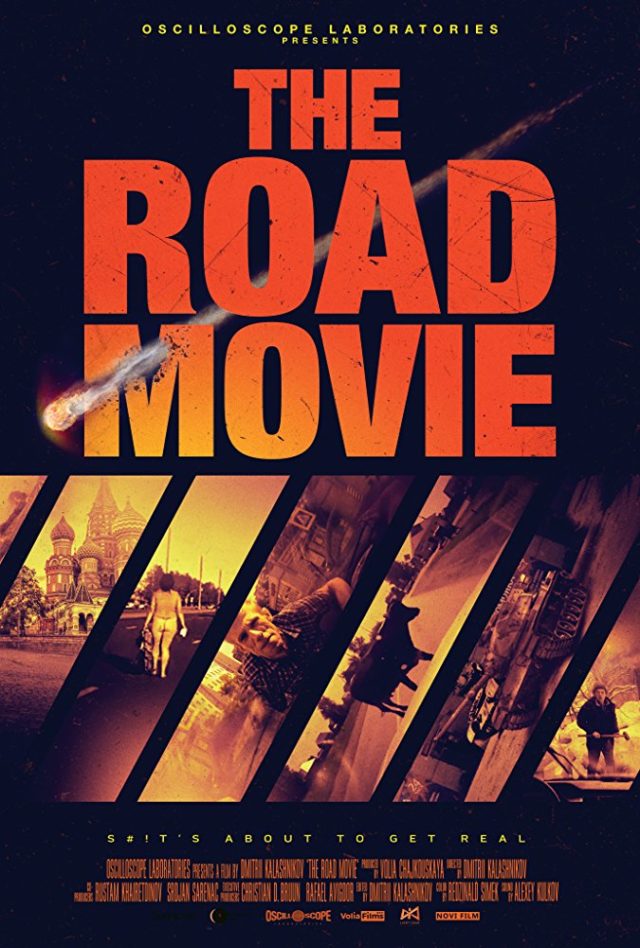 Let’s get this out of the way: If you’ve ever been in a car crash, The Road Movie is not for you. Much in the same way war vets needn’t bother with movies depicting combat, those who have walked away from car accidents should simply count their blessings and catch a showing of Paddington 2. There’s little here that will seem novel.

But for the rest of you adventurous viewers, what you are to see herein is neither easy nor comforting. Instead, The Road Movie, comprised entirely of Russian dashboard camera footage, is an abstract movie with non-abstract consequences. There is little doubt the events witnessed ended poorly for many. True, there is some humor and there is the occasional slice of life, but a pall of dread hangs over every image, every unfolding trip down these roads — be they icy or fiery, rainy or dry, dark or light.

Directed and edited by Dmitrii Kalashnikov, The Road Movie is a 70-minute collage with a “you’ve got to see it to believe it” edge that plays on our collective “can’t look away” curiosity. In every shot, a fixed camera dispassionately views the world in front of the vehicle. Interestingly, this approach to cinematic storytelling isn’t new; it’s as old as motion pictures themselves. Known as “phantom rides,” cameras were fixed to trams and other moving vehicles in the late 1800s to show the capabilities of the motion picture camera. The results stunned audiences then, and they do now.

Though none of these dashcams were installed in the hopes of selling cameras or pushing the cinematic form forward. Instead, the presence of these cameras is most likely for A) insurance purposes B) protection from vandals and C) simple vanity. Next time you come to an intersection, take note, how many bicyclists have GoPros affixed to their helmets? How many people are carrying smartphones with video capability? How many stoplights have red light cameras? How many businesses with security cams? A few years ago, those who kept track of such things could count the number of cameras in a given area. Now, that possibility is incalculable.

Our world is being captured and recorded at a rate that boggles the mind. Even more boggling is how little connection and narrative will exist between the images captured by these omnipresent observers. That is what makes The Road Movie so fascinating — the world seen from the dashboard of a car is just as scary and confusing as it is from any other perspective.

In some scenes we see horrible acts play out beginning to end, such as a car speeding along an icy road before losing control. In others, we see only snippets of a larger story: a crazed man attacking a vehicle for no reason, a wedding party guest seeking solace on a stranger’s car and a man casually tumbling out of the back of a delivery van for no apparent reason. “What the hell is happening?” we wonder, “And why can’t I look away?”