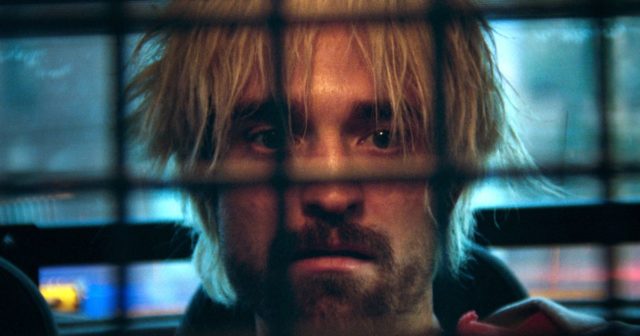 Some men just think they’re better than others. Connie does. Scratch that, Connie knows he’s better. Better than the two-bit drug-dealer he’s in cahoots with, better than the bail-bondsman he owes, better than the incarcerated criminals he sees as “living off the government,” better than the struggling families trying to make it by, and especially better than the immigrants who have come in search of an honest life. In his heart and in his mind, Connie is better than all of them. In reality, his take is pretty far from the truth.

An American film through and through, Good Time — the latest from Benny and Josh Safdie — is an ensemble piece with a leading man. Played with furious energy and fast-paced thought by Robert Pattinson, Connie Nikas looks like a man who was born at the end of his rope. He moves through the city of Queens, New York, with ceaseless energy and relentless drive as if Daniel Lopatin’s propulsive and hypnotic score is haunting his every step. And though he is always on the run, he can never escape cinematographer Sean Price Williams’s suffocating framing that sticks to Connie like glue. Just look at Connie’s entrance: the door opens and the camera shifts abruptly from one character to Connie, dramatically zooming in as if to say, “This is the person we’ve been waiting for.”

Connie lives his life from scheme-to-scheme the way some live paycheck-to-paycheck, always two steps ahead but $10,000 behind. Partly because he is trying to take care of his mentally handicapped brother, Nick (impressively played by co-director, Benny Safdie), without a safe home or steady income. A botched bank heist lands Nick in jail and now Connie — who was already behind when he got Nick into this mess — has to find a way to get him out.

Connie’s Dantean quest leads him from a wealthy sugar-momma (Jennifer Jason Leigh) to a hospital, to a hideout with an all-too-trusting family, to a midnight trip to Adventureland, to trying to sell LSD and a half-dozen more stops in between, falling ever deeper into the inferno. At each stop, Connie sheds his skin like a snake, changes his story just enough and puts on a new face for a new audience.

On its surface, Good Time sounds a little bit like a standard heist film, one full of colorful characters and seedy scenarios. Good Time is, but it is also a direct product of the times we are living in. It’s no accident the movie’s protagonist is a white man made of Teflon to which nothing sticks. The same is not true of Crystal (Taliah Webster), the teenage black girl who helps him out; Dash (Barkhad Abdi), the Somali security guard who stands in his way; and Ray (Buddy Duress), the low-level drug dealer with whom Connie partners. Like a true con man, Connie will survive; he will keep moving and keep hustling. But like King Midas in reverse, Connie’s collateral damage is vast. Some men just ruin everything.