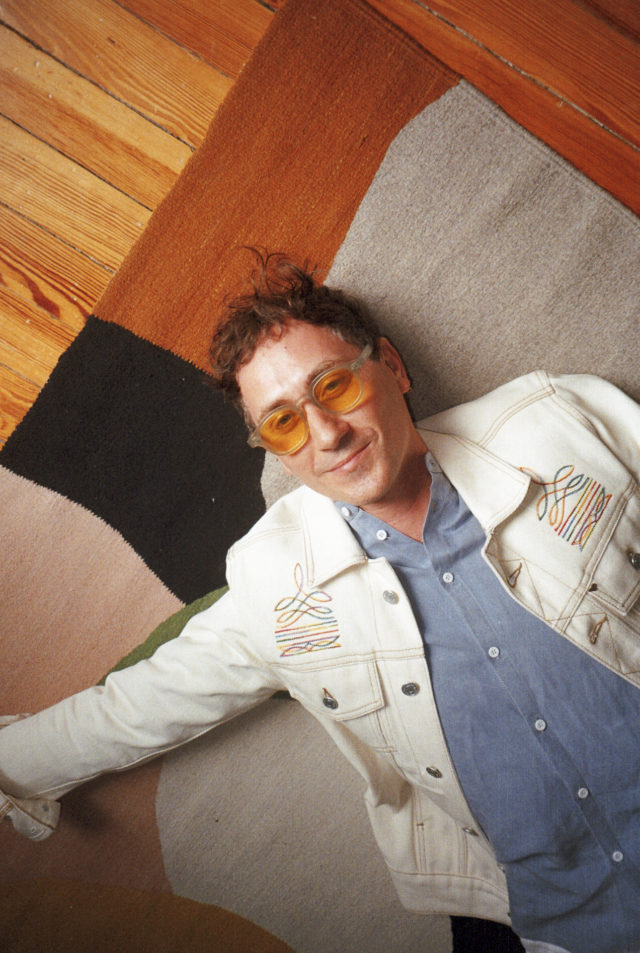 Erik Deutsch is in an Airbnb in Rome with his wife Victoria and their puppy. In between playing and traveling, they managed to pick up an Italian hitchhiker. Multi-legged, with probably less than benign intentions.

“Hold on a second,” Deutsch requests from the other end of the line. “‘Hey, Victoria, I found another.’ Sorry… our puppy has a few ticks. When you’re hanging out in Umbria, there’s ticks hanging out.”

As travel restrictions eased and Team Deutsch, like most of the rest of world, felt safe to resume travel, the couple took some time to head over to the Old World for performance and tourist stuff and reacquaintance with anywhere-but-home. For his part, Deutsch even managed to land some video teaching work in, of all places, Corsica, famously known as Napoleon’s birthplace if not necessarily as a center of musical training.

We managed to catch Deutsch just a few days before his return to the States, where he’ll be following up on his latest long player, La Nuit Blanche, a mostly acoustic sextet outing recorded in April of last year with his Brooklyn band. A couple of years now removed from his role as keyboardist for Leftover Salmon from 2016 to 2020, from which he walked away amicably in anticipation of a big-name national tour (that ended up not happening), Deutsch has found himself more invested and focused on his solo work than opportunity had granted him over the last couple of decades.

Followers of Deutsch’s solo work will note immediately that the outing, barely 40 minutes in length, is a relatively straightforward ensemble jazz enterprise, barely any overdubs, generally unaggressive compositions (even if retaining Deutsch’s trademark melodic restlessness—part McCoy Tyner, hints of Horace Silver’s playful melodicism, maybe even Brubeck at his most literal) and scant synth or electronic garnish around the edges. A series of melodic statements, sympathetically adorned by Mike McGinnis and Bryan Drye’s horns, a noted reticence from fireworks. The drowsy, blues-shaded “Martha” and the title track set a relaxed, almost reflective palette, and even when Deutsch calls the band to attention on a couple of more upbeat numbers (“Lockdown,” with its percussive Latin underpinning, and “Fantasma”), the emphasis leans more toward swing and less on kinetics.

It all sounds, perhaps inartfully described, as a “club album,” as opposed to a “studio album.” The thing coaxes and breathes. A chops clinic, this is not.

“That was… intentional, and necessary,” Deutsch explains. “This band had never played any of this material before we went into the studio. I got my second vaccine shot in New York and I figured, while I was there, if the guys were OK with it COVID-wise, we should maybe try to do a record. I’d written enough music to feel good about it and played it a little bit in Mexico. All I could really do was send the guys some solo piano demos of the music ahead of time.

“Mike and Bryan, they’re a great [horn] section,” Deutsch continues. “They know my music now really well, I’ve been playing with them for over 20 years. I just told them, ‘I want you to play, but not a lot of parts.’ Sort of like (Herbie Hancock’s band) Headhunters, y’know, with Bennie Maupin in there with that bass clarinet.”

But if dialing back the horn section was intentional, it wasn’t necessarily to give Deutsch’s piano more room for the spotlight. Even he approached this record with some timidity.

“When I arrived there, I had barely played live for a year and a half. There was a part of me that wondered if I could even take a blazing solo, like I was doing with Leftover Salmon. I didn’t know, I hadn’t taken that much time off in years. But once I got in, it came out OK. I was playing on this beautiful instrument, a Steinway D, a 9-foot one. It just had such an even tone, and it was so easy to get across the keyboard. What an instrument.”

For Deutsch—whose connection to the Boulder/Denver scene extends well back to his days with the touring funk/fusion band Fat Mama in the late ’90s, birthed mainly from the CU School of Music, and gigs with The Motet, collaborations with lately lamented Ron Miles and others in the local jazz community—his move to New York years ago gave him access to connections and a dizzying array of sideman work; his resume includes names like Norah Jones, Charlie Hunter, The Chicks (formerly the Dixie Chicks) and Shooter Jennings. Being an in-demand keyboardist is a good thing. There aren’t enough of them, and if you can read charts, you’re stylistically limber, you can take the time to be out on the road and you’re not a jerk, there’s work.

There just isn’t always enough time to make your own records.

“I don’t know if it’s fortune or what, but my own music has always been on the side,” Deutsch says. “Really since Fat Mama. I’ve had such a wonderful career as a sideman, I get to play with so many great people, and fit my own music in on the side when the time was there, that I still have a lot of room to grow. I’ve always kind of had this patience, like I know there’ll be a time when I can do more of this. And in fact, I don’t really think my music was good enough 20 years ago. With time and age and experience, I think it’s getting better.”

But lest anyone thinks Deutsch has permanently installed his club acoustic piano id, he’ll be the first to insist that the fusion-head side of his musical personality, the one that was blown away by Chick Corea and Herbie back in the day, is still intact.

“In fact, I just ordered an ARP 2600 reissue,” he says. “This is basically the same thing that, like, Pete Townsend was using on Who’s Next. That stuff was so cool. So, yeah, I’m still that guy also.”