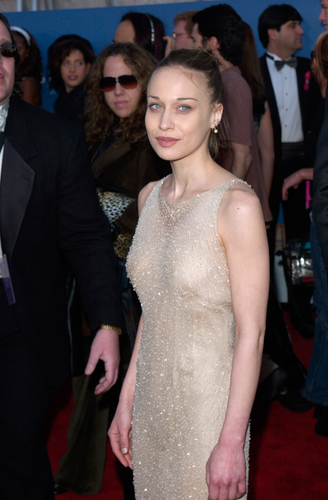 Seven years after we last heard from her,
Fiona Apple is back with another idiosyncratically titled, mesmerizing
album as emotionally raw and confused and confusing as ever. But now,
maybe for the first time, she’s okay with all that.

In front of a tangle of abstract sculpture in the corner booth
of a deserted restaurant off the lobby of a midtown Manhattan hotel,
Fiona Apple is answering questions. It’s a rainy day in April and really
she’s just talking.

She’s told me she lives in Los Angeles, but she doesn’t leave
the house. Apple is 34 years old and doesn’t have a driver’s license.
“I’m noticing now that I’m not feeling shame saying this,” she says.
“Whereas before I probably would’ve, like, lied a little bit about it
and been like, ‘Yeah, you know, I see friends sometimes.’ But I really
don’t.” She says when her phone rings with an invitation, she actually
says, Oh, fuck! out loud, because then it’s like, “I should go do
this because if I don’t, then that’s really stupid. I’m gonna look like
a crazy person.” Apple says she’s thinking about moving back east, but
she’s waiting for her dog to die first.

She’s explained, unprompted, that she made 1996’s Tidal, her harrowing, triple-platinum debut, because she was almost 20 and didn’t have any friends and she wanted some.