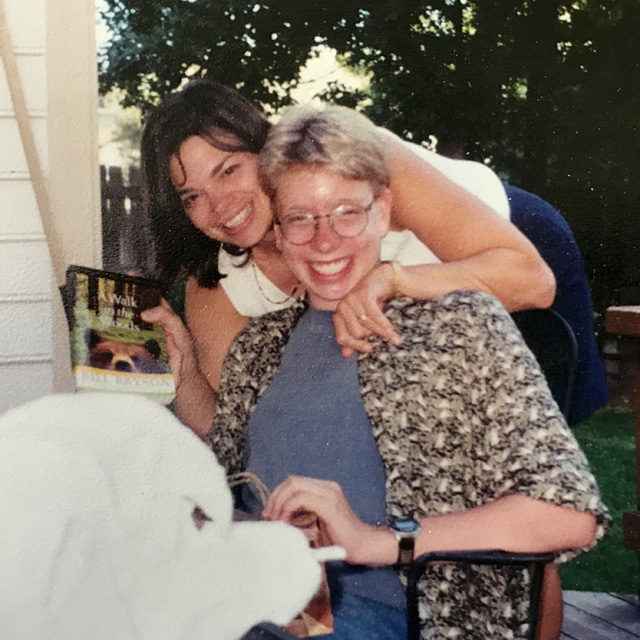 It’s been almost two years since my mother got divorced.

Unlike some middle-age separations, hers was a complete and sudden shock — no falling out period, no prolonged argument; just an unsuspecting implosion followed by a swift and tidy divorce.

Like most people wishing to distance themselves from memories of a complicated past, she started giving her belongings away shortly thereafter. The first thing she gave me was a plant. I can’t recall if I asked her then how to care for the plant. Or maybe I did and received no answer. Either way, the plant came into my life unannounced and unnamed.

Not knowing what kind of plant it was — and being too stupid to look it up — I found the only space in the apartment where I didn’t think the cat could get it, though that happened to be a dark corner. I watered the plant a little bit each week and left it to do its plant things. Since the plant didn’t die immediately, I figured this location and watering schedule was acceptable. But after a month or so, I noticed a couple of its stiff leaves had fallen off. They had not withered and died, simply broken off from the stem whole and still green.

I figured this was the plant’s way of telling me it would like some sun. So I moved it to a table that got about 30 minutes of daily sunshine via the patio door. There it sat for another couple of months until, alas, a few more leaves fell off. The plant was relocated once more.

The plant and I did this dance for nearly 18 months. Watering schedules were adjusted, as was its position in the apartment. Never did it stay in one place for too long, yet never did it hurry to the next location. At one point it dawned on me: This plant had spent more time in my apartment’s nooks and crannies than I had.

But in September, the rate of losing a couple leaves every few months had caught up with the plant. I could deny my poor caretaking skills no more. In a last-ditch effort to revitalize it, I moved the plant into the bedroom, to a small shelf where it would get roughly three hours of bright, yellow sunshine each morning.

Then on Thanksgiving morning, I noticed a first in my tenure as the plant’s caretaker: a tiny, green bud. After all this time, the plant was ready to grow again.

That tiny bud has unfolded into a beautiful dark green leaf with yellow trim. Three other buds have sprouted in the past few weeks — one of which I just discovered this morning — and the plant finally told me his name: Fawkes.

It has been my pleasure to care for Fawkes these past two years, but the time has come for him to return to my mother. I’ll be giving her Fawkes for Christmas; I hope she appreciates the metaphor.

‘More sinister than Nixon by a longshot’