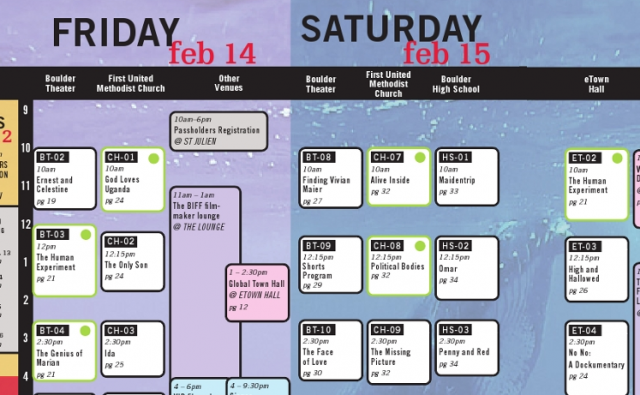 The Boulder International Film Festival has released its full lineup and schedule.

One standout film on the lineup is The Rocket, which follows the adventures of a Laotian misfit trying to fix unexploded munitions from the Vietnam war in order to win an amateur rocketry contest in order to overcome the shame of being blamed for his twin brother being stillborn. It previously took the top audience award at the Tribeca Film Festival and was Australia’s submission to The Oscars for Best Foreign Language film.

Another much-hyped piece is the documentary, God Loves Uganda, which explores Uganda’s anti-gay crackdown, a movement that has gone as far as advocating the death penalty for homosexuality, and which is largely being pushed not by Ugandans, but by American evangelicals.

There will also be a number of panels and workshops, including a screenwriting seminar Tim Kellher, whose work on In Living Color is almost enough to make up for his involvement with Two and a Half Men, and a video workshop from Anthony Cooper, who was the cinematographer for The Nature of Cities, which just closed at The Boedecker.