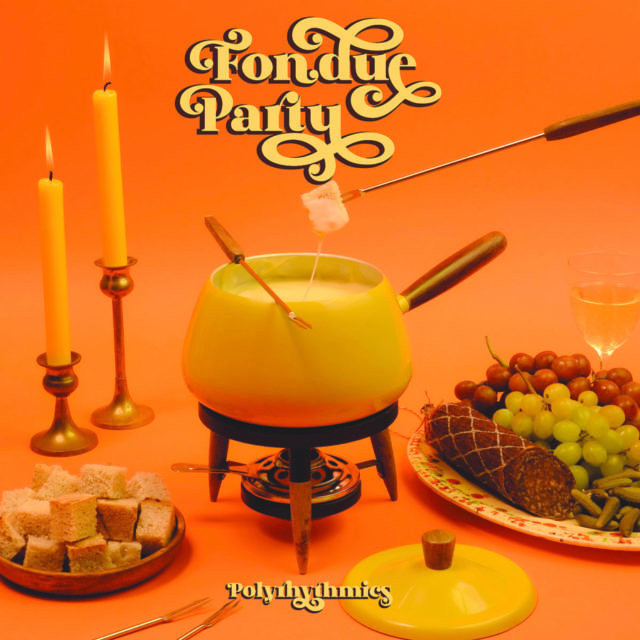 This psychedelic funk outfit from Seattle is known for capturing the high-energy vibe of their live performances on their records, but the group slowed things down considerably to create the five-track concept album Fondue Party, leaning into downtempo, dub-inspired grooves. Tracks range from brunch-ready jazz (“Fondue Party”) to funked-up honky tonk (“Cracked Pepper”) to spaced-out dub (“Fondeux”), but the pace never rises above a saunter — perfect music for a fondue party with the pod. To pick the party up, try the Polyrhythmics’ release from May of this year, Man From The Future.

Listen and purchase on Bandcamp.

“Road of The Lonely Ones,” Madlib

The faded soul vocals and warm groove on “Road of the Lonely Ones” offer a taste of the forthcoming concept album Sound Ancestors (set for release in January), a product of years of work between multi-hyphenate producers Four Tet (Kieran Hebden) and Madlib (Otis Jackson Jr.). Hebden spent years arranging, editing, manipulating and combining “tracks, loops, ideas and experiments” Jackson sent him — “hundreds of pieces of music,” Hebden said in a post on Instagram. Both crate diggers with eclectic tastes for rarities and deep cuts, Sound Ancestors promises a layered experience meant to be experienced as a whole.

“Wherever You Go,” The Avalanches, jamie xx, Nenah Cherry, CLYPSO

Australian electronic group The Avalanches put 16 years between their debut album, 2000’s Since I Left You, and their sophomore album, 2016’s Wildflower. The group (technically a duo: Robbie Chater and Tony Di Blasi) sped up the process to deliver We Will Always Love You on Dec. 11 this year. The record continues their tradition of layering together deep-cut samples from disco, soul, hip-hop and dance, and collaborating with a Who’s Who of top-shelf musicians. Humanity’s search for other life in the universe is a recurring theme, and here on “Wherever You Go,” the group leads with recordings from the golden phonograph record that was attached to the Voyager spacecraft in 1977: “We step out of our Solar System into the universe seeking only peace and friendship, to teach if we are called upon, to be taught if we are fortunate.” With added vocals from Swedish singer Nenah Cherry, and production from house music disciples jamie xx and CLYPSO, a poignant, earthly glance at the cosmos becomes an interstellar journey by mid-track.

This trio first collaborated together nearly a decade ago on two tracks, “Ego,” and “Mirror.” They’ve collaborated again this year for another pair of tracks, “Her Revolution” and “His Rope.” Here, the trio mesmerizes with their hallmarks: Yorke brings his classic falsetto vocals and inscrutable lyrics, Burial provides the metronomic lo-fi percussion, and Four Tet melds the product with understated ambient synths. The track builds out of nothing then unspools for nearly five minutes before vanishing much the same way it came.

Listen to “Her Revolution” / “His Rope” on SoundCloud.