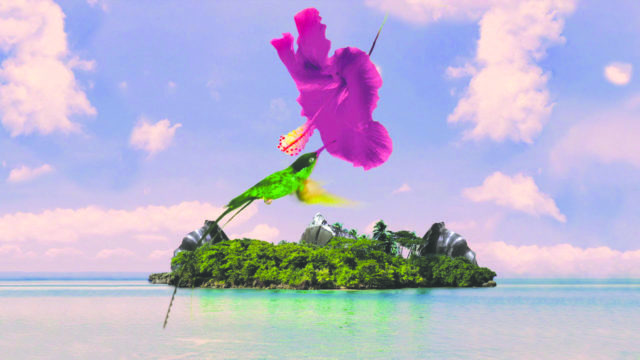 A playlist of new(ish) songs with experimental leanings.

British jazz singer Zara McFarlane explores her Jamaican heritage in this pulsating track that blends Jamaican folk traditions with the futuristics beats of London-based producers Kawake Bass and Wu-Lu. McFarlane wastes no time calling out European colonization: “First you see something you like / An X that marks the spot / On a quest to find / What you have not got … You tell me that I’m lost / How can that be when you cross the world to find me? / I will not be a reflection of your reality.” By the end McFarlane  celebrates: “Yes I’m black treasure / Yes I’m made of precious stones.”

Flying Lotus (Steven Ellison) released a deluxe version of his 2019 album Flamagra in May of this year, giving us a chance to revisit FlyLo’s sixth studio album. David Lynch narrates this spoken word track that morphs from menacing to foot-stomping in under three-and-a-half minutes. Ellison’s penchant for free jazz and shuffling percussion is built in: his great aunt was the late, great jazz pianist Alice Coltrane and his grandmother was singer-songwriter Marilyn McLeod.

This track comes as a follow-up to the Grammy-winning The Goat Rodeo Sessions, with cellist Yo-Yo Ma, multi-hyphenate string player Stuart Duncan, bassist Edgar Meyer and mandolinist Chris Thile. The new album — Not Our First Goat Rodeo — is named after an aviation term for a situation in which myriad things must go right to avoid disaster. Nebbia is an Italian word for a thick fog or a haze. You move in and out of the fog as the track progresses, but you never feel lost. These musicians — like trained fighter pilots — know exactly where they are going. There’s no video, but you can listen here.

Bill Withers would love this elaborately picked version of his 1971 song “Hope She’ll Be Happier.” In Nick Mulvey’s hands the track becomes darker, building to an ominous fever pitch by the end. Where Withers’ track is gospel-tinged, Mulvey’s leans into progressive folk. Both versions reflect the narrator’s deep pain and introspection, but Mulvey’s noir track amps up the remorse all the way to 10. There’s no video, but you can listen here.

NPR’s Bob Boilen has called Penguin Cafe’s music “a universal dream state,” built on the foundations of music from around the world, and on the dreams of band leader Arthur Jeffes’ late father, Simon (who led an outfit called Penguin Cafe Orchestra prior to his death in 1997). This track, from Penguin Cafe’s 2019 album, Handfuls of Night, is inspired by The Terra Nova Expedition, officially the British Antarctic Expedition, led by Robert Falcon Scott. In 2005, Arthur Jeffes scored a BBC documentary about the expedition. Frantic strings and scattershot hand percussion open this track in true cinematic fashion, evoking images of dog sleds crossing a vast tundra.