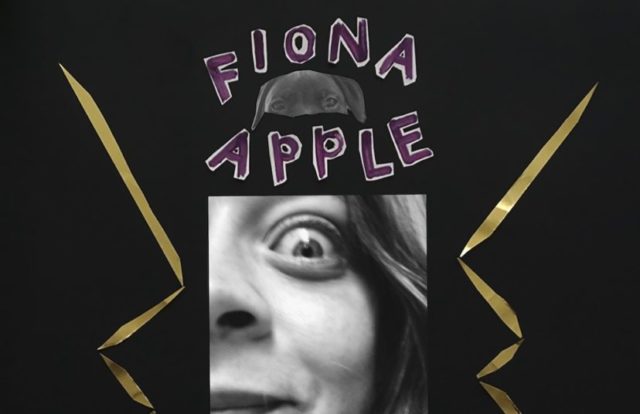 One of the most joyful experiences of this pandemic, for me, has been watching the internet celebrate Fiona Apple’s first new album in eight years, ‘Fetch The Bolt Cutters.’ As a 35-year-old woman, Apple’s songs — released ever so slowly as I grew up, as she grew up — have given me peace as I navigated my relationships with men, with other women, with my body and my mind. No, I am not the only person who feels this way. Yes, the world is bullshit.

As vulnerable and honest and singular as anything she’s ever created, Apple’s latest masterpiece is a soundtrack to the new world we are attempting to create, one where women are believed, where men are held accountable, where real power comes from a place of love and acceptance.

This Heavy Rotation is an ode to Fiona and some of the other unyielding artists who she counts as collaborators and peers.

“I Know,” by Elvis Costello

Apple suggested that Elvis Costello take a crack at this track off her second album, ‘When the Pawn…’ Costello stays faithful to Apple’s arrangement, and despite his limited vocal range, Costello takes this song about knowing a partner’s been unfaithful to the heights it demands. Apple was dating filmmaker Paul Thomas Anderson at the time “When the Pawn…” debuted, and their relationship was notoriously tumultuous and steeped in Hollywood. In a recent profile with ‘The New Yorker,’ Apple half-joked: “Every addict should just get locked in a private movie theatre with [Quentin Tarantino] and [Paul Thomas Anderson] on coke, and they’ll never want to do it again.” (Check out King Princess’ cover of “I Know.”)

“Cut Me,” by Moses Sumney

“Bangin’ my head / Against the desk / If there’s no pain / Is there any progress?” The Asheville, North Carolina-based Sumney takes a page straight from Apple’s lyrical playbook with this ode to going to the dark side to find inspiration. Built around a clean bass line, bouncing keys and playful horns, “Cut Me” channels Apple’s pension for wrapping dark lyrics in whimsical melodies.

There’s no question why Bird and Apple worked together on Bird’s song “Left Handed Kisses” from his 2016 album ‘Are You Serious.’ Bird and Apple share a passion for genre-bending and -blending and lyrical bloodletting. In this song, Bird questions how power keeps the masses at bay, and encourages: “Don’t you envy those who do wrong / And your innocence will be like the dawn.” Apple explores a similar sentiment in “Relay,” off her new album condemning the way social media has warped our sense of reality: “I resent you for presenting your life like a fucking propaganda brochure … but I know if I hate you for hating me I will have entered the endless race.”

Amos’ ‘Boys for Pele’ was released the same year as Apple’s ‘Tidal,’ and never before had the world seen two women play piano and dismantle the patriarchy so deftly. At the end of a relationship, the subject of Amos’ song finds she’s given all of herself away. With a cheeky reference to Nine Inch Nails’ first album tucked in the lyrics, rumors have always abounded that the song is about Trent Reznor, with whom Amos had a brief relationship. Amos once said: “Sometimes men like to think they’re the flu, but sometimes they’re just achoo.”

“Do You Think We’ll Last Forever?” by Caroline Rose

Like Apple (who has recorded everything from country songs to Christmas classics), Caroline Rose has explored whatever sonic territory she finds interesting across three albums, landing squarely on pop-rock for her 2018 album ‘Loner,’ where you’ll find this synthesizer-drenched booty shaker. I think Apple would agree with Rose’s sentiment: “You just made my heart race / You know it’s hard to tell ‘tween love and panic in the first place.”

On Apple’s fourth studio album, ‘The Idler Wheel…’  she laments, “How can I ask anyone to love me / When all I do is beg to be left alone?” Bjork has, like Apple, asked the public to get the hell out of her business (that photographer from New Zealand remembers). Both are incomparable artists who have expressed a need for space to realize their work fully. On this track off of 2001’s ‘Vespertine,’ Bjork opens herself up to a partnership: “I thrive best, hermit style / With a beard, and a pipe / And a parrot on each side / But now I can’t do this without you.”

“Where I Ought To Be,” by Watkins Family Hour

Apple has found years’ worth of fruitful collaboration with Los Angeles-based siblings Sean and Sara Watkins in the Watkins Family Hour. Apple’s just as jaded as ever on this track, lamenting her unwitting role in setting her now ex-lover up with his new flame. Her voice is as complementary to the mournful moan of a pedal steel guitar as it is to the sultry appeal of a grand piano. “I got your wedding invitation / I’m surprised you thought of me,” she sings. “But I don’t believe your wedding / Is just where I ought to be.”

Apple was just shy of 18 years old when she released her debut album, ‘Tidal,’ in 1996. She told ‘Q’ magazine, about four years later, “When I did ‘Tidal,’ it was more for the sake of proving myself; telling people from my past something. And to also try to get friends for the future.” The title track of her new album seems to address the traumas of being catapulted to fame at a formative age, during a time when “heroin sheek” was something to aim for aesthetically. “While I’d not yet found my bearings,” she sings, “Those it girls hit the ground / Comparing the way I was to the way she was / Sayin’ I’m not stylish enough and I cry too much / And I listened because I hadn’t found my own voice yet / So all I could hear was the noise that / People make when they don’t know shit / But I didn’t know that yet.” But Apple learned.

Adrienne Lenker sings in a whisper that conveys closeness, both physically and emotionally. Her songwriting is deeply personal, born of her early childhood in a cult (that her parents left when she was young) and from the isolation she felt as she struggled with traditional school work. In “symbol,” Lenker’s free-association lyricism is reminiscent of the conversational and deeply metaphorical style Apple assumes in much of her songwriting.

“Hang on Me” — piano version, by St. Vincent

This track was stunning on St. Vincent’s 2017 album ‘Masseduction,’ but it soared to new heights as a stripped down piano ballad. Annie Clark seemingly mourns the loss of a love, calling her former lover late one night, drunk, admitting, “The void is back and I’m blinkin.” When ‘Pitchfork’ asked Clark to break the song down, she admitted that the milestones many seek — marriage, children — weren’t for her. “I just had to eschew one paradigm to be free enough to construct another,” she said. Apple, too, has always forged her own path, personally and professionally. When Apple’s dog, Janet, was nearing the end of her life, Apple canceled a leg of the tour she was on. “Sometimes it takes me 20 minutes to pick which socks to wear to bed. But this decision is instant,” she wrote in an open letter to her fans. “These are the choices we make, which define us. I am not the woman who puts her career ahead of love and friendship. I’m the woman who stays home, and bakes Tilapia for my dearest, oldest friend.”