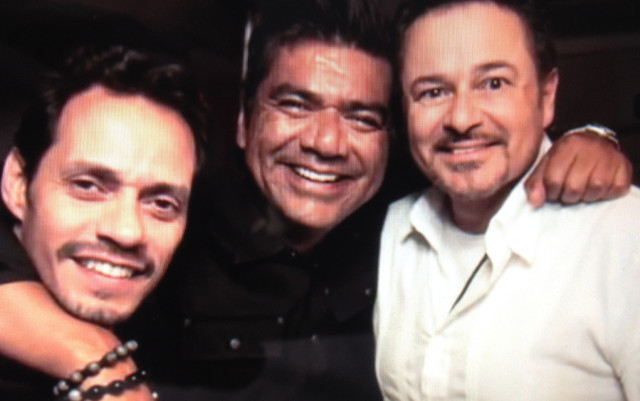 This might be a stretch, but if you get right down to it, Joey Vega owes his 30-year career in comedy to a nightclub bouncer in New York City.

See, if that bouncer had let Vega and his pals in the club that night back in 1980, the group wouldn’t have gone to a comedy club instead — and not just any comedy club. That night they went to the Improv in Hell’s Kitchen, the original site of the club that would become a national franchise and transform the American comedy landscape.

And if you know jack about stand-up, you know everybody who was anybody in comedy in the ’70s and ’80s played the Improv in New York. Legend has it Lily Tomlin commandeered a parked limousine just so she could make a grand entrance to meet with Budd Friedman, owner of the Improv. Jay Leno is said to have driven between Boston and New York every week (and even slept in the parking lot) just for the chance to take the stage. Andy Kaufman, Freddie Prinze, Milton Berle, George Burns, Bette Midler, Larry David, Richard Lewis, Rodney Dangerfield… all the greats were there at one time or another.

And back in the summer of 1980, so was Joey Vega. But then he was just a 27-year-old admitting clerk at a hospital, out for a night with his buddies. He realized that night, though, that he loved the idea of performing comedy — and his friends egged him on.

“My friends were like, ‘You could do that, you do that all the time,’” Vega says. “I was always very shy, so I never thought I could get on stage and talk to people. But they dared me to do it, and a couple months later I was back.”

So maybe Vega owes his career to the dare and the nightclub bouncer — but back to the story.

He says he spent about a month writing “the stupidest jokes ever,” but he put together a routine and took it to the Improv (For reference: One joke involved mocking a Shout commercial, with a T-shirt rigged so Vega could “shout” a fake spot off his shirt. “It had to be the first joke,” Vega says. “And it never worked.”). It was June 2, 1980. He was as green as they come, but the management saw potential in Vega, and he was asked to come back. He hung out, “paid his dues,” so to speak, while watching Jerry Seinfeld, Eddie Murphy and Gilbert Gottfried “work out” before bigger performances like The Tonight Show. He got to be friends with Keenan Ivory Wayans and his younger brother, Damon, sometimes driving them home to Washington Heights in his van. It was Keenan, who had worked as a door host at the Improv before ever taking the stage, who Vega credits as his first real friend at the Improv.

“He was just Keenan Wayans back then,” Vega says. “[One night] he said, ‘You know, you’re a funny guy…’ This was after I went on and died completely. Not one laugh. He came up and said, ‘Don’t stop. You’re a funny guy, and it’s nice to see a Latino up there.’”

There weren’t a lot of Latinos doing comedy back then, and the biggest of them all, Freddie Prinze, shot himself in 1977 after an increasingly difficult struggle with depression. Despite the novelty, the Puerto Rican-born Vega didn’t rely on his ethnicity to elicit laughs, because just like there weren’t many Latinos on the stage, there weren’t many Latinos in the audience then, either. So Vega talked about everyday life, about relationships, and occasionally he would insert “a little bit of Latino in it.” He made his work accessible to all people, regardless of ethnicity or socioeconomic background. Vega’s brand was positive from the very beginning, despite the hard partying, rock ’n’ roll lifestyles that swirled around him in the ’80s comedy scene.

“There were a lot of drugs and drinking in the ’80s. Some club owners wanted to pay me with cocaine,” Vega says. “I was brought up strict Catholic and I was married with a 2-year-old, so none of that appealed to me, and I’m glad it didn’t because I saw careers wasted because of coke and drinking and womanizing.”

Driven and beginning to find his voice as a comedian, Vega began the slow ascent to the top, spending years working the comedy circuit. In 1988, he became the first Latino to host his own nationally syndicated variety show, The Latin Connection. The magazine-style series taped at the infamous Studio 54 in New York City and focused on Latin culture in America, with music videos, film clips, interviews, dancing, fashion and trends. He went on to secure parts in films like Punchline with Tom Hanks, and 1998’s Rounders with Matt Damon and Edward Norton. He wrote for movies as well, such as the surprisingly serious Chris Rock flick, I Think I Love My Wife, and the star-loaded What to Expect When You’re Expecting. He became a staff writer for George Lopez’s late night talk show, Lopez Tonight.

But through the acting and writing, Vega’s passion remained focused on live performance. He’s continued to focus on stand-up, performing Madison Square Garden and notably opening for friend and salsa singer Marc Anthony for the past 16 years.

And like any master of their trade, as someone who has stuck comedy out for more than 30 years, Vega’s watched the profession change. He laments the loss of storytelling in favor of fast jokes that fit with today’s Vine video/140-character culture. With that culture, Vega says he sees up-and-comers shunning the long path to success — a path Vega trudged alongside other comedians who took years to find their place — and subsequently burning out quickly because they are unprepared for the rigors of show business.

He also begrudges the rise of “politically correct” culture.

“It annoys me that if I talk about bullying and it’s not what you think bullying is, you don’t want to laugh and you get mad. People go into shows with preconceived notions to see how this guy’s gonna offend me,” Vega says. “Go in there with an open mind. You don’t have to agree with what I say, but did you laugh before you went, ‘Ow’? I don’t like to have kids on planes; I’d rather have snakes on planes. Is that hurting anybody? It’s just a joke. It’s just a flat-out joke.”

Despite the changes he’s seen, Vega loves what he does.

“I want to emphasize it’s a very difficult job, but it’s very rewarding in the sense that maybe every comedian needs to be accepted, maybe they lacked something in their life, something traumatic happened,” Vega says. “Making people laugh and be in control… When I go up in front of 15,000 people, I remind them about Marc Anthony, but then I go back into my material and in a sense I’m in control.”

He pauses for a beat.

“Maybe I was an outsider or something. Wow. I think I just psychoanalyzed myself.”