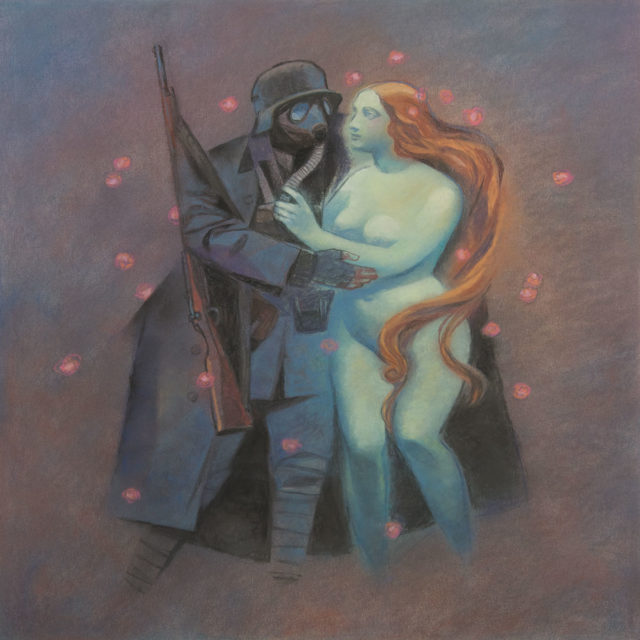 The Boulder Philharmonic calls its 2018–19 season Open Space, and will begin its classical programming focusing on the openest space of all. Under the title Infinite Space, the Phil will perform music about stars and astronomers and planets.

You might guess one of the pieces: The Planets by Gustav Holst, one of the best loved and most programmed pieces for orchestra. The other two are completely new to Boulder audiences, having both been written in this century: Jessie Montgomery’s Starburst and James Stephenson’s Celestial Suite.

“To take something well loved and surround it with music that is a discovery for people — that is the formula we have followed for a while,” Michael Butterman, the Boulder Phil’s music director, says.

Neither of the new pieces is a world premiere, but Butterman believes their inclusion is significant. “It’s one thing to get an orchestra to play something once and enjoy the cachet of a premiere, but to have it given a life beyond that is what every composer wants,” he says.

Montgomery is affiliated with The Sphinx Organization, which supports African-American and Latinx string players. Starburst was written for the Sphinx Virtuosi, a string orchestra that performs without a conductor, while Montgomery was composer-in-residence to the group.

“With a name like Starburst you might expect a lot of percussion and brass,” Butterman says. “It’s remarkable that she’s able to create a sense of dynamism and energy with just [strings alone]. It has energy and explosiveness without using the other timbres that you find in a full orchestra.”

Stephenson’s Celestial Suite has five movements, each named for a famous astronomer who contributed to our understanding of the universe: Copernicus, Galileo, Isaac Newton, Edwin Hubbell and Stephen Hawking.

“This is a look at the human story of coming to an understanding of our place in the solar system and the universe,” Butterman says. “He gives a musical take on each of them in some unusual and interesting ways.”

One technique is using musical ideas that relate to each astronomer’s times. For example, he uses references to Renaissance lute music for Galileo, a quotation from the Lutheran chorale “How Brightly Shines the Morning Star” for Newton, and early 20th-century ragtime for Hubbell, who was doing research work in the 1920s.

There are also obscure musical in-jokes that Stephenson employs, mostly for his own enjoyment, since it takes detailed analysis to uncover them. For example, Copernicus was the astronomer who identified the sun as the center of the solar system, and in that movement Stephenson uses the note G, which is “sol” in musical syllables, which in turn is Latin for “sun,” as a central pitch. Similar techniques are used to relate each movement to the letters E-A-R-T-H.

Celestial Suite will be accompanied by a video created by Kyle Kremer, a trumpet player and physicist who is a friend of the composer. “The videos are compiled from millions of fantastic images from NASA,” Kremer says. “It’s a combination of real images taken by telescopes and computer animations of things that we can’t actually take images of — for example black holes.”

Kremer says the images are related to the work that each astronomer did, and timed to coordinate with the movement of the music. “There was a level of listening to the music and thinking about which image within the astronomy theme of each movement would be most appropriate,” he says.

Holst’s Planets will also be accompanied by a video, “The Planets Re-imagined.” The video was created by artist Gary Kelley, who is known for his posters and illustrations, and The New Live, a company specializing in multimedia productions for the concert stage.

Kelley created more than 25 separate images, from large oil paintings to small illustrations, that are combined in video imagery. World War I and the time after the war is the subject of the images, rather than the physical planets themselves.

This relates to Holst’s score in two ways. First, the score was written during World War I, and in fact, the Boulder Phil performance coincides with the centennial of both the end of the war and the first performance of The Planets in 1918. And second, the music was not inspired by the physical planets, but rather by their mythological and astrological significance, such as “Mars, the Bringer of War.”

“The reason I am excited about this video is that it takes a different approach to The Planets,” Butterman says. “This is about us here on Earth and the human experience.”