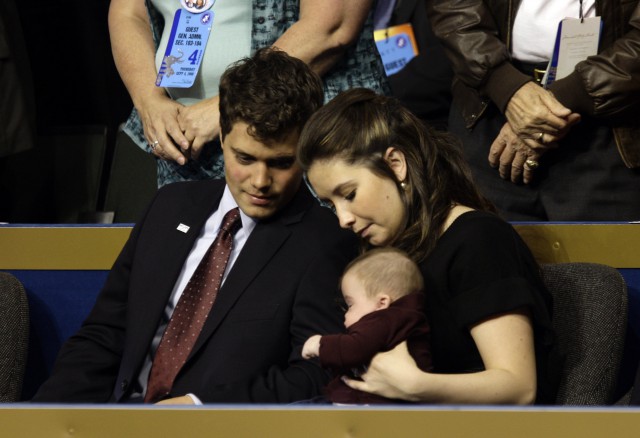 Bristol Palin … actress? Well, let’s just resort to that old line: “You be the judge.” But daughter is acting and she will appear on the episode of “The Secret Life of the American Teenager” ( on ABC Family).

What brings Bristol to a show like this? The obvious
— conveying a positive message about teen pregnancy, and, at 19, Palin
may be the most famous teen mother in . Her son, Tripp, was born in (ex-boyfriend is the dad). According to the network, “Bristol Palin makes a special appearance as herself as one of Amy’s () friends at a music program for teen mothers in . Palin taped her appearance on the show in .”

A clip of Bristol’s close-up circulated recently,
and while Emmys may not be forthcoming, she certainly knew her lines:
“We’re all teen moms and musicians,” she tells Woodley’s character.
“This program is for teen moms.”

As soon as we get a comment from Ma, we will relay.