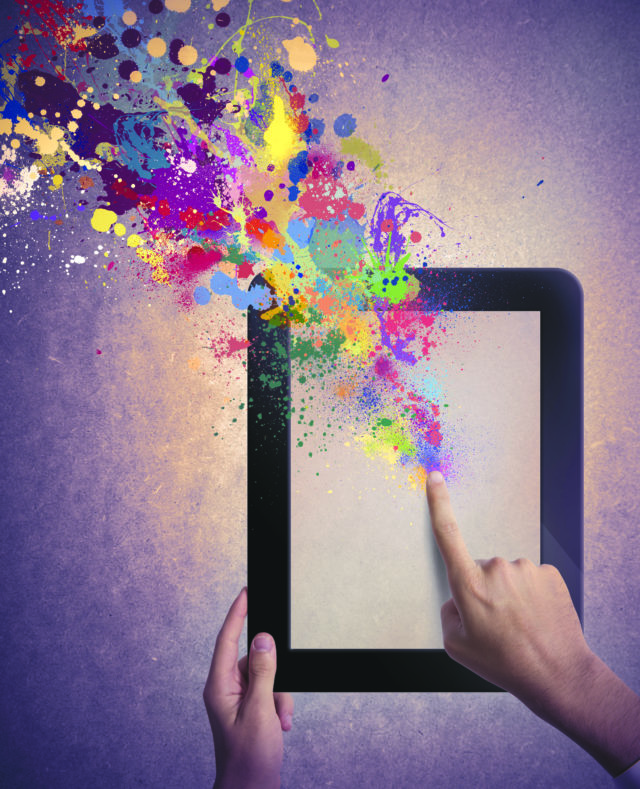 On May 13, the Actors Theater of Louisville in Kentucky held a virtual round table discussion called “Non-Binary Actors in a Binary World.”

K. Woodzick, an actor who, until the pandemic upended life, lived and studied in Boulder, wonders if such a panel would have happened pre-pandemic.

“I don’t think that would have happened with this lack of traditional live programming that we have right now,” Woodzick says.

We’re talking about accessibility, a concept that Woodzick, who uses they/them pronouns, thinks about a lot as a nonbinary actor on the autism spectrum. The Actors Theater panel was an example of how the pandemic has offered extra opportunities for queer actors that may not have existed pre-COVID. But Woodzick also lives with a disability. They, like some other 60 million Americans with a disability, have to do a fair amount of planning ahead to enjoy a night out on the town. Woodzick has to ensure an establishment will allow their service dog. Rosemary McDonnell-Horita, the youth transition coordinator for independent living center Atlantis Community in Denver, has to make sure businesses can accommodate her wheelchair. For others it’s about checking on whether there will be an American Sign Language interpreter, or closed captioning, or options for lower-sensory seating, or audio descriptions of visual art. For others still it’s about whether they can afford a ticket, or whether they feel welcomed and safe in a given space.

Accessibility to the arts was an issue long before the pandemic, but the crisis has changed the way everyone consumes art, and it’s opening an opportunity to re-examine those barriers to access. From offering more online programming with cheaper tickets, to bringing more diversity onto steering committees, to consistently offering events that cater to a wide range of abilities, local advocates and artists believe there’s plenty that artistic organizations can take away from this moment in history to give everyone the chance to experience the arts.

“Some people are encountering for the first time having to work from home, having to modify their schedule, having to build a new routine, having to deal with practical considerations like not being able to work, having reduced income,” says Regan Linton, artistic director of Phamaly Theatre Company in Denver, a nonprofit theatre that exclusively casts actors with all nature of disabilities. Linton uses a manual wheelchair due to a spinal cord injury from a car accident in college.

“Disability community folks who have experienced these things in their lives have kind of developed coping mechanisms for [these kinds of issues],” she says. “Accessibility tends to be thought of in terms of very logistical, practical terms like, well, what is the accommodation? But I really think that if we’re talking about accessibility in a larger, more philosophical sense, it really starts with empathy and realizing we’ve built certain social structures and environments based on a certain way and all of a sudden, because those structures and those environments aren’t serving us in the way they need to, we’re actually rethinking them and pausing to say, ‘Is this serving us? Is this working for everybody?’ And not just is this working for the person with the disability, or the accommodation need, but how is it working for people with kids? How is it working for people who aren’t always leaning in or speaking up? [The pandemic is] completely overhauling some of these typical environments and making us think and build them with thoughtfulness as opposed to just sticking to the status quo.”

McDonnell-Horita says she sees arts organizations considering accessibility “more cognitively” since the pandemic began. As a disability advocate — and as someone who lives with a genetic condition called osteogenesis imperfecta that makes her “a chair user about 95% of the time” — McDonnell-Horita often works with organizations to help them build more accessibility into their physical spaces and programming.

“The Clyfford Still Museum was recently putting together weekly webinars and classes and ways to engage their audience [during the pandemic], and without being asked they made sure the webinars were closed captioned,” she says. “That kind of accommodation allows people to join in without having to plan, without having to ask for it in the first place. We [in the disability community] have to plan all the time, so if that’s one less time we have to ask for something, all the better.”

McDonnell-Horita helps young people with varying forms of disability gain independent living situations at Atlantis Community. She says some people in the autistic community have found the transition to online experiences beneficial.

“A lot of times there are social expectations that you’re supposed to perform a certain way in public,” she says, which can be difficult for people on the autism spectrum who may struggle with overstimulation or a lack of verbal skills. “Online you have the option to mute yourself, to turn on and off your camera, to participate actively or sit back and participate in your own way. I know for those reasons there are lots of benefits to the way we’re engaging with one another online during the pandemic.”

During a recent webinar, McDonnell-Horita says she got to witness a presentation by a college student at UC Berkeley who lives with nonverbal autism.

“As someone who’s been in the [disability] community a long time, it was a really cool opportunity to see someone speaking on a big platform using all the technology available to them,” she says. “He had PowerPoint cued up with all the answers to possible questions. Within the PowerPoint was an embedded voice over with his talking points. You could see the PowerPoint and him engaging all at the same time. It created a space for him to be able to fully participate in the same way other panelists did without having access-needs questions.”

A hierarchy of voices forms among those who can easily express themselves, McDonnell-Horita says. Those who use communication boards or who are nonverbal may take longer to express themselves or to ask questions

“A lot of times there isn’t the space created, a pause that says, ‘We’re OK with that silence,’” she says. “I think right now we’re all getting used to new ways of communicating and getting more comfortable with uncomfortable silence.”

But McDonnell-Horita acknowledges that technology, particularly dependable internet access, is a privilege many of her clients at Atlantis don’t have.

“[The pandemic] is showing that internet access is one of those essential utilities like heat and water,” says Jennifer Zukowski, an affiliate professor at Metropolitan State University.

If internet access were a universal right, not just a privilege for some, Zukowski says she believes arts organizations could not only expand accessibility, but also broaden their business models.

“Right now there are all of these theater and arts exhibits we can see online when many people wouldn’t be able to do that in person, even without a pandemic going on,” Zukowoski says. “You can take a tour of any number of museums. Theater companies are putting productions online for free. Money accessibility is a huge factor in people getting to experience arts. Even as a well-to-do human I wouldn’t have been able to dash off on a weeknight to see Benedict Cumberbatch and Jonny Lee Miller in Frankenstein at the National Theatre in London. How many of us got to have a Hamilton ticket? None of us. Now I can watch Hamilton when it comes to Disney+ [on July 3].”

She says she hopes that theater companies consider making online performances — whether they’re live streaming or pre-recorded — a fundamental piece of their performance offerings.

“Can a company record one or two of the nights and stream those? And if you’re worried about technical difficulties happening during the stream, just let the audience know: ‘We may have to pause for tech difficulties,’” she says. “Like the way eTown does the live radio taping — stuff like that. Maybe when we go back to being in live audiences, companies can create tiered systems of ticketing that involve both online and live experiences.”

But arts organizations will have to rethink in-person events as well, as many experts believe there will be no vaccine for COVID-19 for a year or more, making large gatherings difficult and in some cases impossible.

“Over the years I’ve witnessed how even those of us in the quote-unquote creative community can get so stuck,” says Linton of Phamaly Theatre. “We develop our season, it’s going to kind of follow the same formula, even if the content is different. So how can we change up the delivery? What are the experiences that involve fewer people but are more intimate? You can do a theatrical performance that only has 10 audience members, but has that kind of focus on intimacy, on building a mini community.”

Woodzick hopes arts organizations can realize that simply adding one or two accommodating events or performances per season isn’t enough.

McDonnell-Horita says accessibility has to be a part of an arts organization’s plans from day one.

“A lot of people think when you’re accommodating people with disabilities it’s extra work,” she says. “But if you do it through the planning with that in mind and think about it with a universal access perspective — how can the most amount of people enjoy the space that I’m creating — that will eliminate potential barriers or limitations people might feel or experience and increase your patronage.

“When you’re posting about an event, add a line that says this event will be closed captioned or have interpreters,” she says. “Even when there aren’t folks who requested that, it’s one time when someone didn’t have to ask, like hearing is the status quo. Be up front with the way you can include community so you don’t put the burden on the people in the community you’re trying to bring in.”