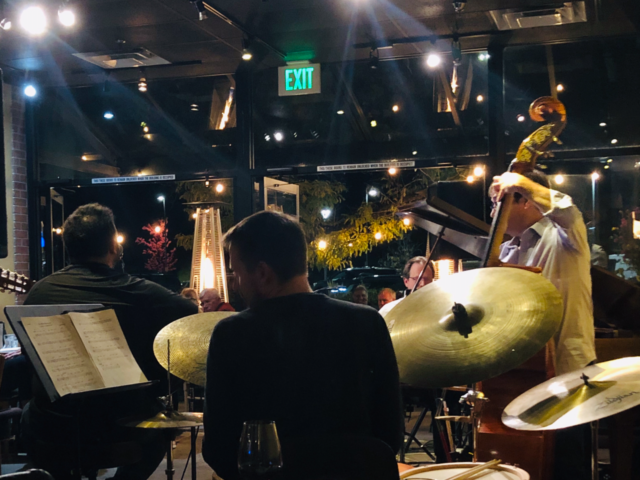 Sitting outside Caffè Sole in South Boulder recently, owner and manager Suter Du Bose remembered what the west side of Table Mesa Shopping Center was like when he opened Sole as an espresso bar in 1994.

“This was a ghost town then,” he said, before motioning to the stunning view of the Flatirons. “But where do you find this kind of relationship with the mountains?”

Originally from Fort Worth, Texas, Du Bose was a working musician while studying finance in college, and after focusing on a career as a mortgage broker he decided to open Sole “to create an income stream independent of the bond markets.”

Citing the Dakini principle, Du Bose credits his wife as the spark that made Sole happen.

“In Tibetan Buddhism, women are the catalysts for new things and brilliant things,” Du Bose—who is a longtime member of the local spiritual community—explains. “That’s actually the consort principle, that things can’t happen, or they can’t manifest, without the feminine principle being the spark of creation.”

“I loved coffee and community,” Du Bose says, “and my wife and I were eating dinner in Boulder and across the way was Paul Songer, who was one of the senior guys in the world of coffee. She said, ‘Go talk to Paul about opening an espresso bar.’ I went over and talked to Paul. He worked at Allegro as their executive-level quality control and training person. Paul and I put together a partnership, founded Caffè Sole and it did really well.”

Around 2010, the business was declining due to so many good coffee shops opening in Boulder, and Du Bose was at a crossroads.

“The top line kept dropping and dropping and I said, ‘We either close it and sell it or we reinvent it.’ We created a wine bar and a kitchen and started bringing in live music, because that is really my primal love. We did a remodel and had kind of the barebones beginning of a jazz supper club. It evolved over time and became a really outstanding jazz supper club.”

Jazz and eclectic musicians from Colorado and all over the U.S. and abroad have come to Caffè Sole over the last decade to play for generous tips from the dedicated audience and enjoy the high-quality food and drinks Du Bose provides.

“Artists like to be treated with respect and warmth,” Du Bose says, “and people actually give more than the suggested donation if they give based on inspiration. I always say, ‘Give what you can afford, and if you’re inspired to give more, by all means give as much as you can.’”

Versatile Sole employee Gabriel Cwern, who is a Naropa student and a local musician, says high-quality musical talent continues to play Sole’s supper club because of the buzz it’s developed in the local music scene, but adds that “the wine and food help. We try to take care of people.”

Virtually everyone who works at Sole is either a musician or a music enthusiast, and a bunch of them—Cwern included—have lobbied Du Bose to book more nights of music and branch out.

“I have selfish interests,” Cwern jokes, “but I’d also like to see Sole survive and thrive coming out of the pandemic, and definitely get a younger demographic. I also wanted to get music that I was really passionate about. Really my favorite music is that Colorado blend of country and blues and folk and modern indie, all kind of swooping into one. I’m mostly passionate about live performances with somebody telling a story, and we have in Colorado a glut of really creative artists that blend all my favorite genres together, and we don’t have, in Boulder, a lot of places to support those artists. I feel like if we could build this into a regular spot for people to come and show their chops and be supportive, I think people in Boulder would like it.”

Will Thomas, a young Naropa music student and barista at Sole, happened to walk in during my conversation with Cwern and Du Bose on his way back from a rehearsal with a local band. Asked about the staff lobbying Du Bose to expand the music menu, Thomas said, “It wasn’t just about more music—it was, like, have music that reaches a different demographic; do Americana, folk, rock, and get more of a younger, drinking crowd.’”

Du Bose has recently hosted more rocking Boulder acts such as Banshee Tree and Clay Rose, and quips, “We did have some pan-generational evenings recently and there wasn’t a food fight, so I think that was good.”

“It’s going to take some time,” Du Bose says about his staff’s quest to push the musical and social envelope at Sole. “When you create anything it takes some time. It’s aspirational, and the inspiration was partly because of [Cwern] being a passionate musician, trying to get a younger demographic here. We’ll bring in a new crowd and have some fun with it.”