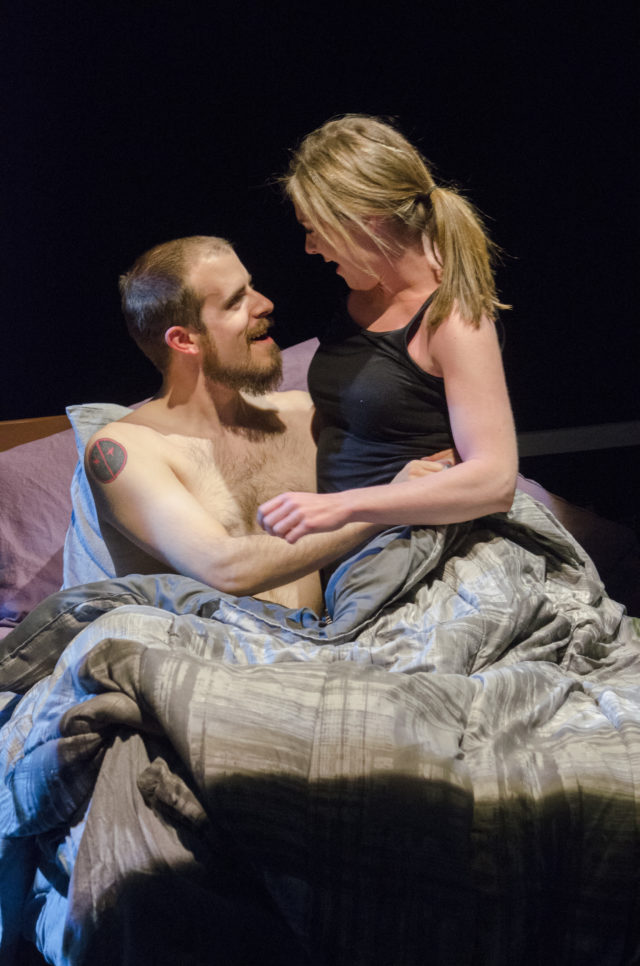 Atheist, agnostic or true believer. Which one are you? Whichever it is, you probably feel quite firmly that you’re right and the other two groups are, depending on your temperament and the number of adult beverages you’ve had that day, intellectually feckless or spiritually hopeless. Traditional thinking is that we won’t know which camp has it right until after we die, but tradition can suck it. It takes an exactly equal amount of blind faith to believe in a supreme being or meaning to life as it does to claim to know with certainty that neither exists, so the only logical choice is to admit that no one knows what happens when we die and join the ranks of the devout agnostics.

Despite that elegant proof, I suspect people will continue to debate theology until either God herself or the Flying Spaghetti Monster sits down with Ellen for a nice chat. Until then, all anyone can hope for is more respectful debate and less suicide bombing. More charity and less evangelizing. More love and less lunatic zealotry. Going to a Place Where You Already Are is a sanguine step in that direction.

Penned by the “It”-girl theater and TV writer of the moment, Bekah Brunstetter, of This Is Us fame, Going to a Place Where You Already Are wears Brunstetter’s Christian upbringing on its sleeve. Thankfully, it does so more like a happy face button and less like a yellow Star of David or pink triangle, and its message is more “be good and good things will happen” than “live in fear or suffer for eternity.”

If the fact that the Boulder Ensemble Theatre Company (BETC) is the troupe that has brought this regional premiere to the Dairy Arts Center isn’t enough to assure you that you’re in for a night of exceptional theatre — and it should be — the sight of Anne Sandoe and Jim Hunt sitting on a church pew center stage when the lights go up will. These two accomplished thesps have been wowing Boulder audiences for years at the Colorado Shakespeare Festival, BETC and beyond.

Sandoe’s Roberta and Hunt’s Joe are husband and wife attending the funeral of one of Joe’s coworkers. As often occurs in such situations, their discussion turns to matters of the afterlife. At the end of it, Joe has reaffirmed his staunch atheism while Roberta has run headlong into a crisis of lack-of-faith. That scene, and more importantly the way that Brunstetter wrote it, immediately establishes both the playwright’s facility with dialogue and the play’s intent not to hew too close to the expected.

The next scene introduces us to Roberta and Joe’s granddaughter, Ellie (Anastasia Davidson), and reaffirms the play’s determination to be purposefully and perfectly off-kilter. Ellie and Jonas (Trenton Schindele) loll in bed post-assignation. They cuddle and jest like longtime lovers, but this is actually the tail end of a one-night-stand, or at least a first-night-stand. Quickly enough, Ellie reveals herself not as a stereotypical, rom-com love interest, but as a very real, very flawed human, and Jonas defies audience expectations in an equally dramatic way.

Shortly thereafter during a seemingly routine MRI, Roberta has a near-death experience during which she thinks she glimpses heaven. That episode becomes the engine for the rest of Going to a Place Where You Already Are. Roberta and Joe face her potentially terminal diagnosis through their increasingly disparate philosophical filters. Ever the man of science, Joe craves second opinions and treatment options. Challenged by the conversation she seems to have had with an actual angel (James O’Hagan Murphy), Roberta begins to question formerly firm beliefs about life, the universe and everything.

How Going to a Place Where You Already Are plays out from there is fabulously fresh and emotionally affecting, and I won’t spoil a moment of it. Once again, BETC has chosen a wonderfully unusual play and brought it to life via excellent direction from Rebecca Remaly and assured yet vulnerable performances from the entire cast. Davidson, in particular, made me sit up and take notice by delivering an Ellie as believable a shrew as she is as a babe in the woods.

Leave it to BETC to close season 12 with such a bang that it will have theater lovers counting the days until season 13.

On the Bill: Going to a Place Where You Already Are — presented by Boulder Ensemble Theatre company. Dairy Arts Center, 2590 Walnut St., Boulder, www.betc.org, $20 and up.